TL;DR: I pre-ordered the iPhone 8 Plus. The iPhone X, even though my FOMO is raging hard, is too expensive and too risky.

I have a real problem you guys: I love technology, but there’s nothing I love more than phones. There’s just something incredible about having a super computer in your pocket at all times, and I constantly want it to do the best and newest things. I try to keep myself to one new phone a year, but let’s be real — I founded GoGoDadget so that wouldn’t be the case anymore.

I love Apple devices, and I love Android devices. The perfect device, for me, is a Frankenstein combination of both: Apple’s hardware design and iOS ecosystem with macOS (handoff is one of the best things on the planet), but also Android’s customization and notification methods. I also love iMessage and think waiting for images to render outside of the camera app sucks.  This is why my daily driver is almost always an iPhone. It’s just all so seamless (if not a little bit boring).

Apple is dipping their tow into actual excitement this year, though, with the iPhone X alongside the safer iPhone 8 and 8 Plus. So — which should you get? As a dad, the choice was clear financially, but in the end it’s probably the smarter choice as well. Let me explain why. 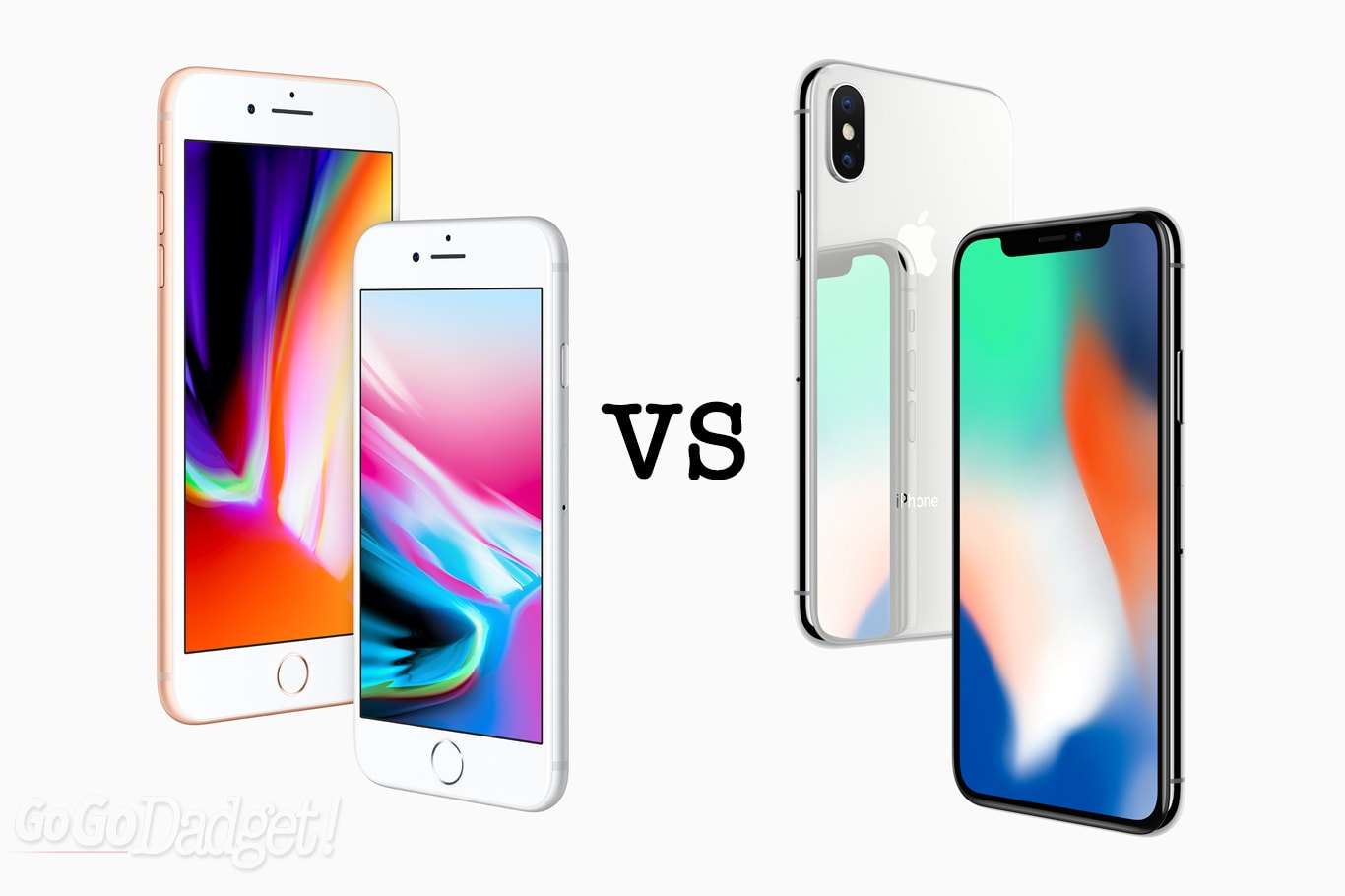 When it comes down to it, I didn’t even consider the small iPhone 8. I just can’t justify not having access to the truly impressive things Apple is doing, on top of it having the worst screen of the three (4.7 inches, HD but not even 1080p).  The choice then quickly narrows down between the iPhone 8 Plus and the iPhone X.

Here’s the kicker: there isn’t a whole lot different between the two. And when you factor in reasons outside of design, the choice becomes clearer. Let’s list the differences in design first, though:

Screen-wise, the iPhone X has a better screen while remaining a smaller phone. That’s because Apple has all but done away with the bezel. They’ve also switched from LCD to OLED, which ups the contrast ratio and really makes color pop. This is the TOP reason to go with an iPhone X over an iPhone 8 Plus, and it even makes use of HDR through services like Netflix. You’ll get more depth out of everything.

But is it actually bigger? Due to aspect ratio, the iPhone 8 Plus technically has a bigger screen. If you want how that’s possible, check out the in-depth post from Phone Arena, “The iPhone X has a taller and narrower display with a 19.5:9 (2.17:1) aspect ratio and a big cutout at the top, while the iPhone 8 Plus has a 16:9 screen.” Then they literally do the math.

Speaking of this bezel-less screen, it’s the reason why they’ve done away with the fingerprint sensor in favor of FaceID, which, to me, doesn’t feel as convenient. For example, what if you just want to unlock your phone and hand it to your kid as you’re juggling putting a diaper on your other kid? Are you gonna stop mid baby-shit to look at the phone to hand it over?

On the darker side of things, let’s say you get into a car accident and need to call for help. Are you going to go through looking at the thing just to call 911, or would you rather just scan your thumb so Siri can make the call for you? What if it’s chaos and you just can’t get it to work?  Or, and hear me out, what if you’re just wearing sunglasses that don’t fall into the category of “most?”

I’m not sold on this method of unlocking a phone as I was, immediately, with TouchID. I don’t want to risk it, not just yet. I would rather let the bold 1st edition-ers put it through the paces and get a better-working, more refined second edition next year. Honestly, it feels like they ran out of time trying to figure out how to put TouchID under the screen, so they defaulted to FaceID instead and then called it a feature.

Moving on, the only other differences the iPhone X has over iPhone 8 Plus other than size, screen, and unlocking method are: an optically stabilized telephoto lens that has a slightly wider aperture, animated emojis, and Portrait Mode for selfies.

But it has two things that the iPhone X doesn’t, and they’re important. TouchID is one, like I said, and the other is that it has a bigger battery. You’ll get a longer charge out of the iPhone 8 Plus, and if you don’t mind the physical footprint of the phone, that’s one thing that truly matters over animated emojis, for sure.

But Wait, There’s… One More Thing 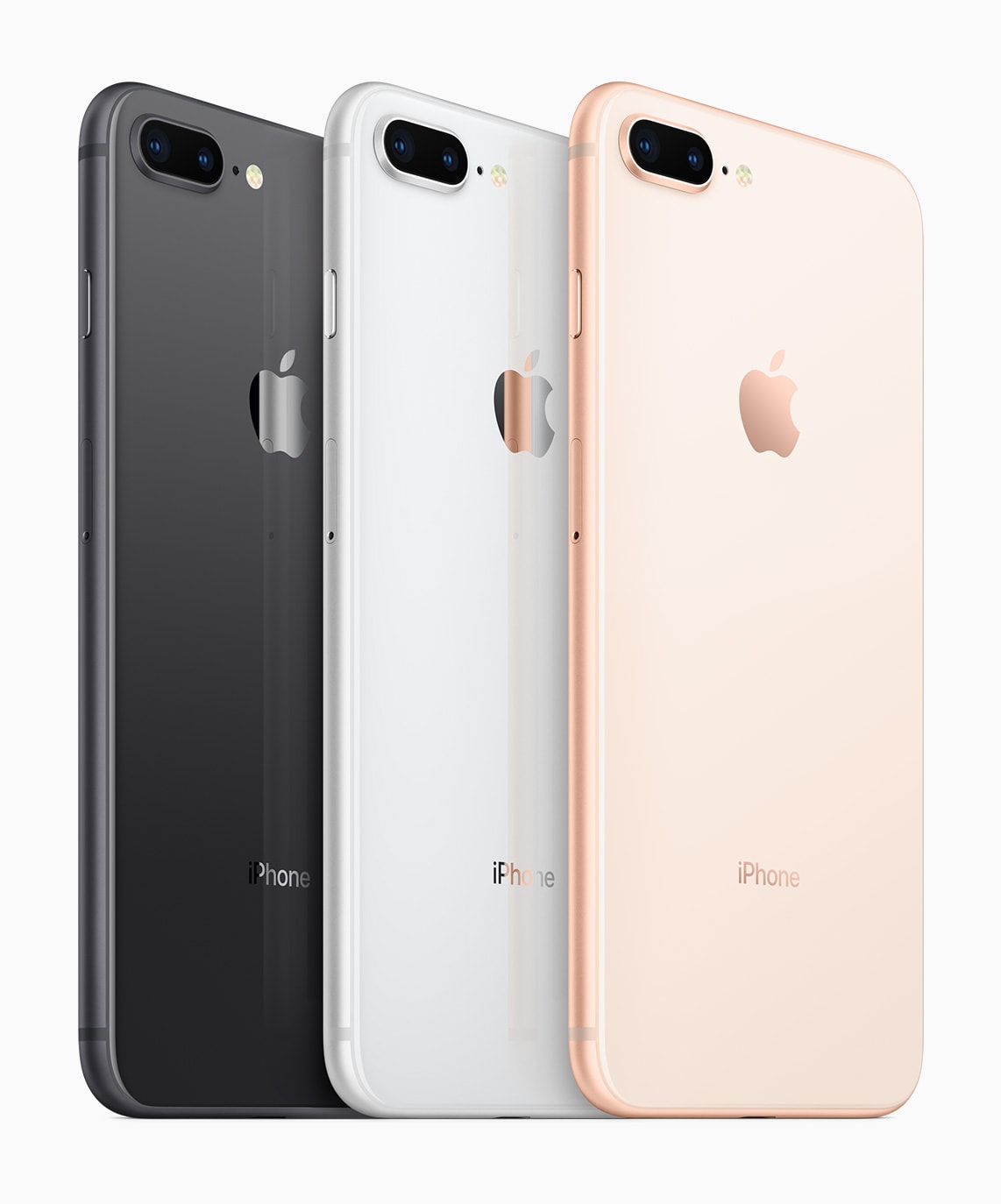 That’s only $50 away from the iPhone X, you’re saying. Well, no, it’s not. Remember, between the models you want, that’s a $200 difference, and every 1st-generation thing you get with the iPhone X is so untested and risky that that $200 could mean a whole bunch of things for a parent. Diapers. Mortgage. Rent. Car payment. Groceries. Ice Cream. Wine. More Netflix. Airpods. Apple Watch. MORE THINGS in general.

What model did I choose?

I chose the iPhone 8 Plus, 64gb, in black. Beyond everything I laid out above about the difference in models, I chose this model because it’s even cheaper and I use the cloud for a lot of things, and the smaller space actually makes me physically back up my pictures, video, and content more often. 256gb seems like overkill to me, but to those parents who get so mad having to clear space off their phones for more pics of their kids just covered in peanut butter, you probably won’t have to spike your blood pressure as often.

I also chose black because it has a better resale value than the other colors of the phone, and I like having the option of selling it when I get bored to try something else and not losing money. 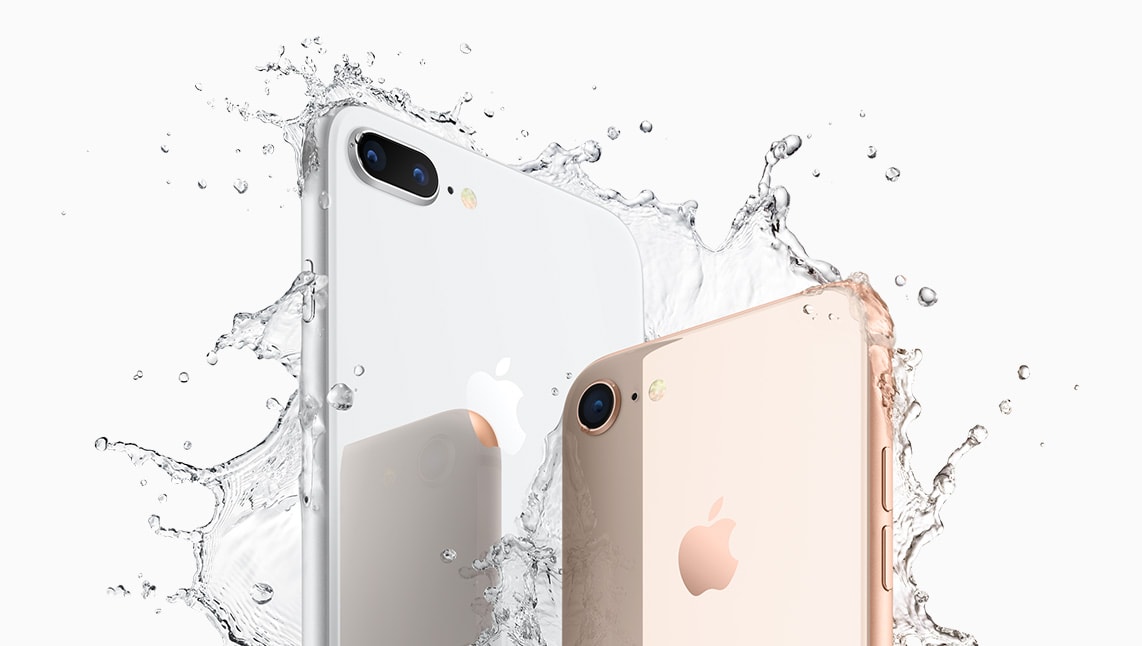 The final reason to get the iPhone 8 Plus over the iPhone X is pretty simple: availability.

We already know the iPhone X will be in short supply. Add that to the fact that it’s about as close to the holidays as you can get (October pre-order, November fulfillment), and it’s the more “exciting” offering from Apple this year. So chances are you won’t even get yours until 2018, unless you’re willing to wait in lines, willing stay up ’til midnight with a quick internet connection or fast dialing finger, or you’re lucky.

You could get almost everything the iPhone X offers, though, from the iPhone 8 plus — just for cheaper and before you even have the option to preorder the X. Just let that sink in.

I’m kinda glad this time around I could make the decision that makes sense and save money for my family on top of it. I’m also on T-Mobile, and that extra $300 off is nice, too, lowering the monthly payments considerably. T-Mobile is also expanding their network and have been crowned the fastest of all the networks — it’s just a shame the new iPhone line (all of them) won’t have access to the future band 71 from T-Mobile, which is kind of a slap in the face. But I digress.

It all comes down to these differences:

Literally everything else is the same (True Tone, Wireless Charging, Speakers, Main Camera, A11 chip and 3gb of RAM). If you look at that list for iPhone X, almost all of them are unproven (FaceID, new OLED screen) or a gimmick (Animated Emojis, Portrait Mode Selfies). I’d rather wait and see if it all works (remember Antennagate?) and go for next year’s refinement than spend more, get it later, and animate a pile of poop.

So, despite my nagging FOMO, I pulled the trigger on the iPhone 8 Plus — and you should too.

[ Check out the GoGoDadget review of another bezel-less phone, the LG G6 right here.]