TL;DR: The LG X Venture is a hearty device that can withstand a beating, grimy hands, and tantrums — but one feature acts more like a flaw.

Full disclosure: when LG asked if I wanted to review an LG X Venture, I had never heard of it, and took to Google to see if GoGoDadget really wanted to take it for a spin. 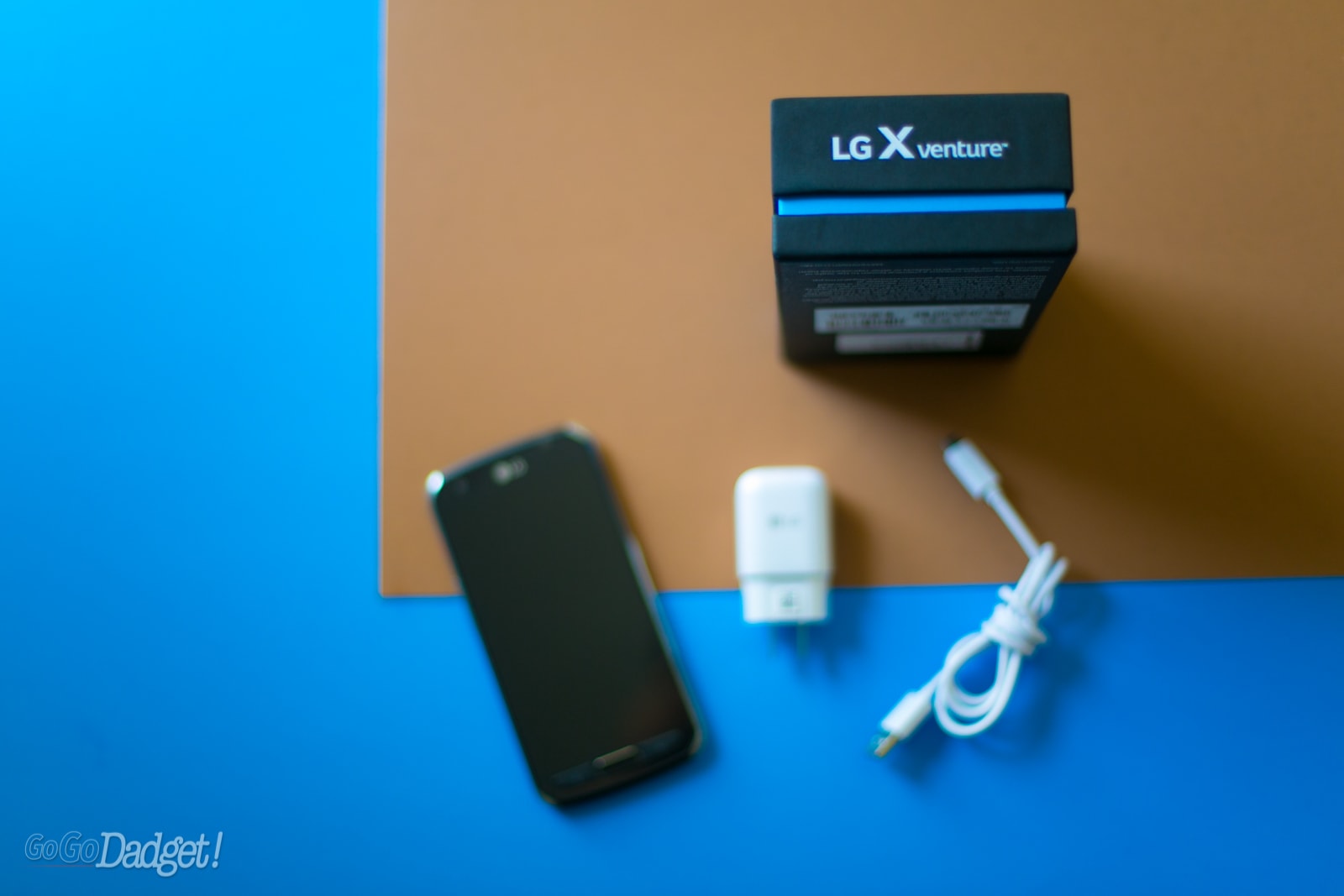 Just kidding, we said “yes” before we knew what it was, because we’ll review anything.

Luckily, the LG X Venture was built to withstand a beating — so it’s right up a parent’s alley when they have grimy kids who like mud as much as they do spaghetti sauce. 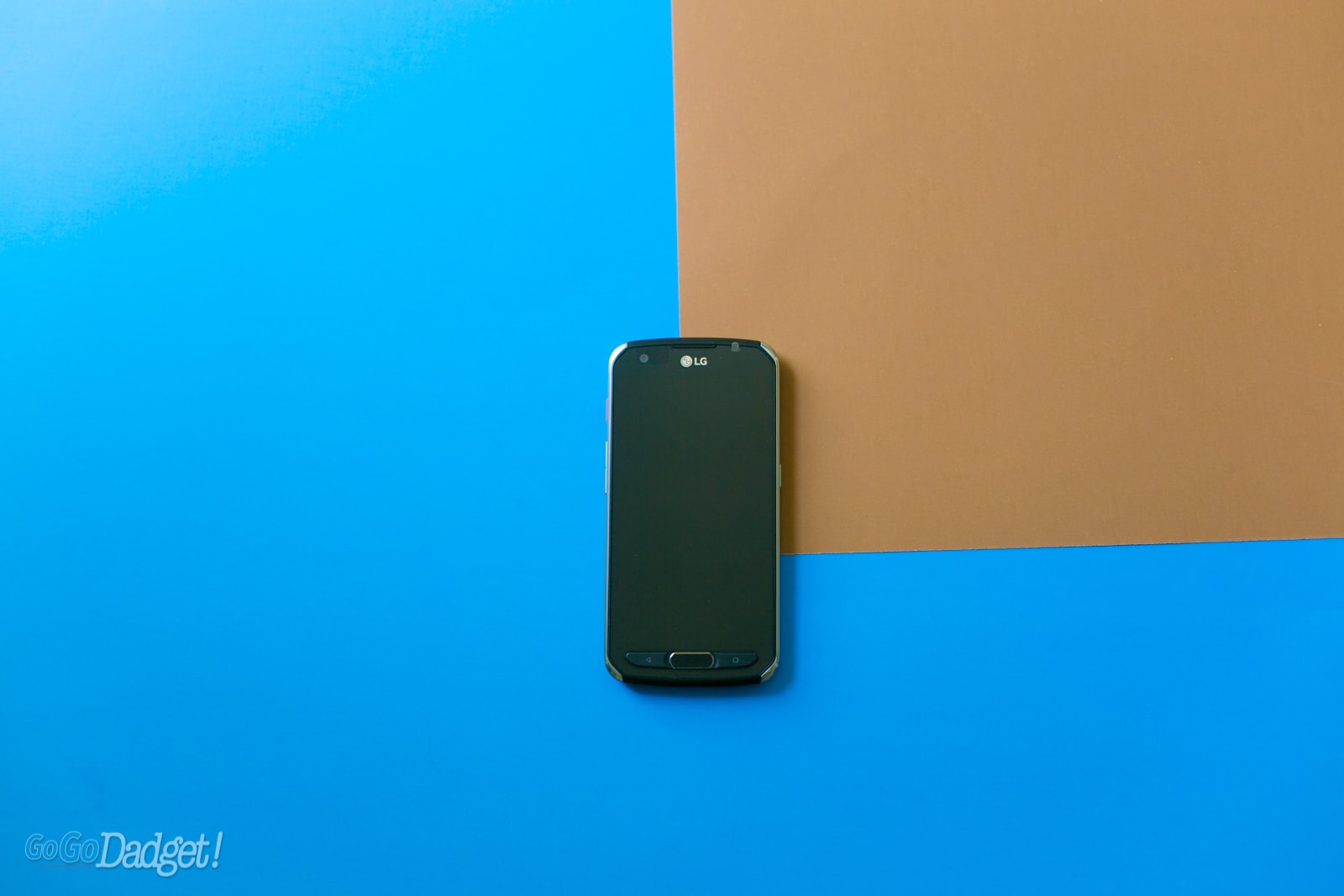 At first sight, the LG X Venture doesn’t quite look like a premium phone — it looks like something you’d find at a base camp on Everest, and that’s the point. But once you fire up the thing, the screen truly is impressive, and if you’re using it without gloves, the textured back ads a very nice feel and grip. 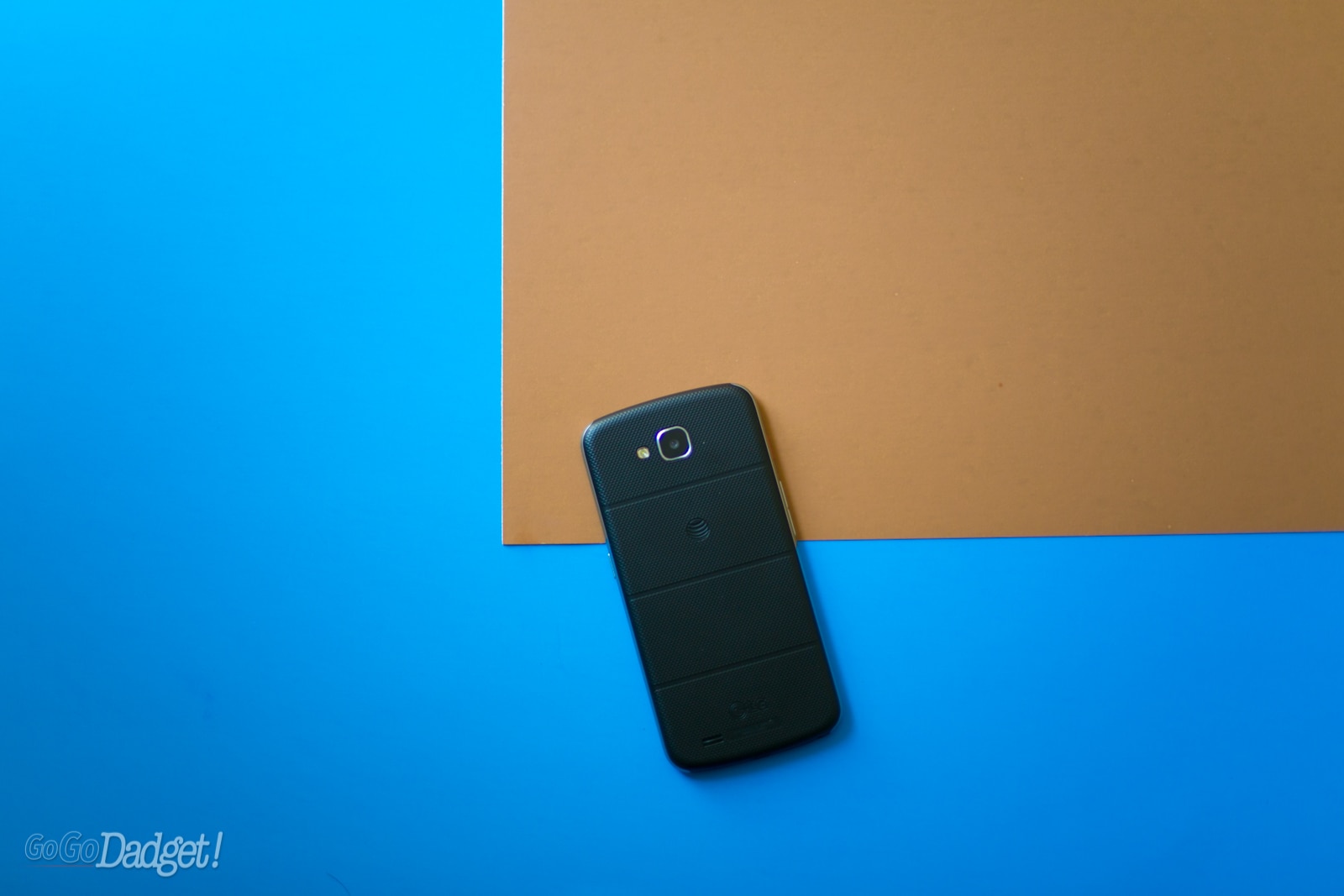 This is one of those times you need to see the specs to realize what’s going on. It has: 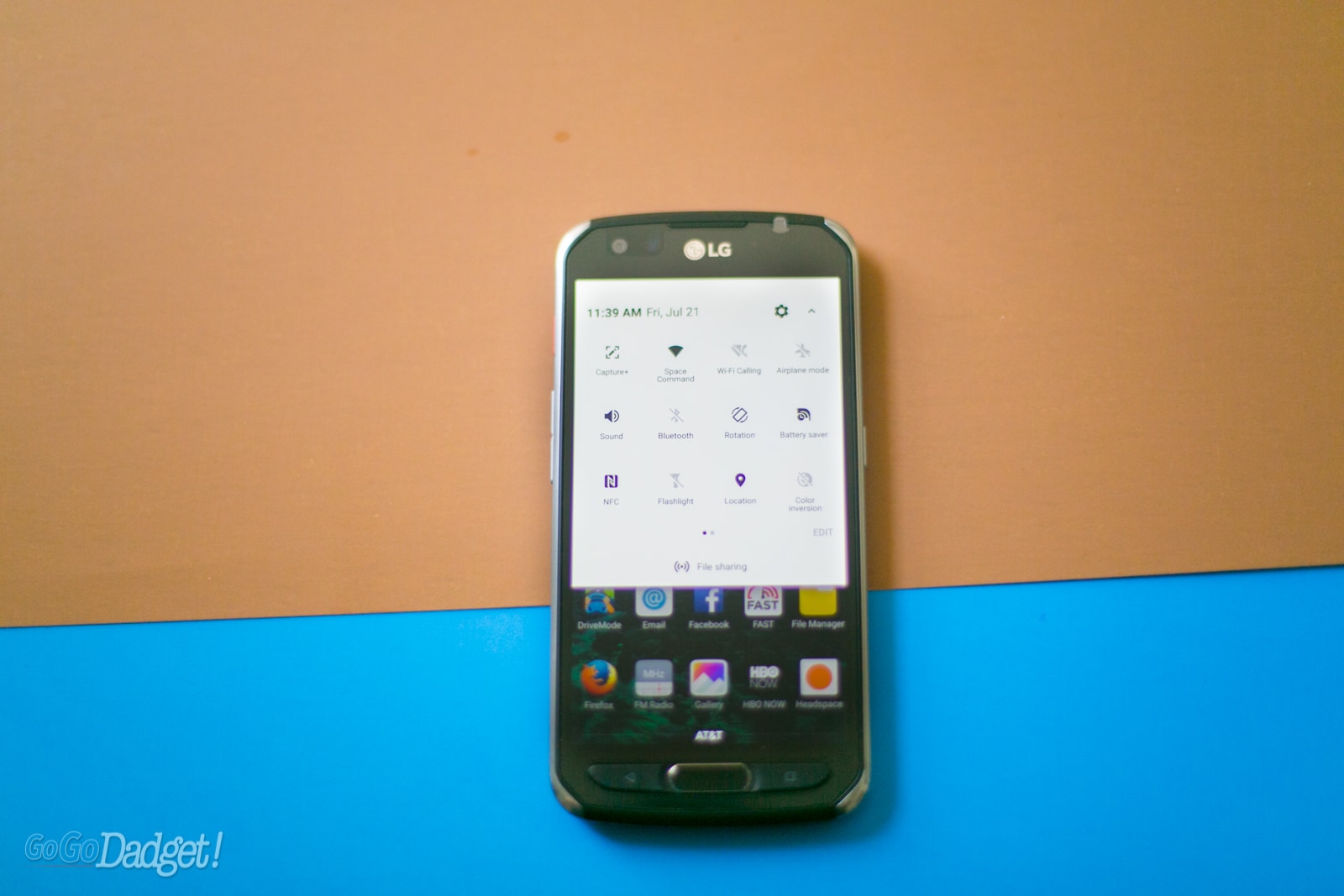 The Full HD screen is beautiful, and I had no issues seeing it in direct sunlight. Which is great, because I leave the house and am usually in sunlight. Plus going outside didn’t make me feel like I needed to baby it, either. 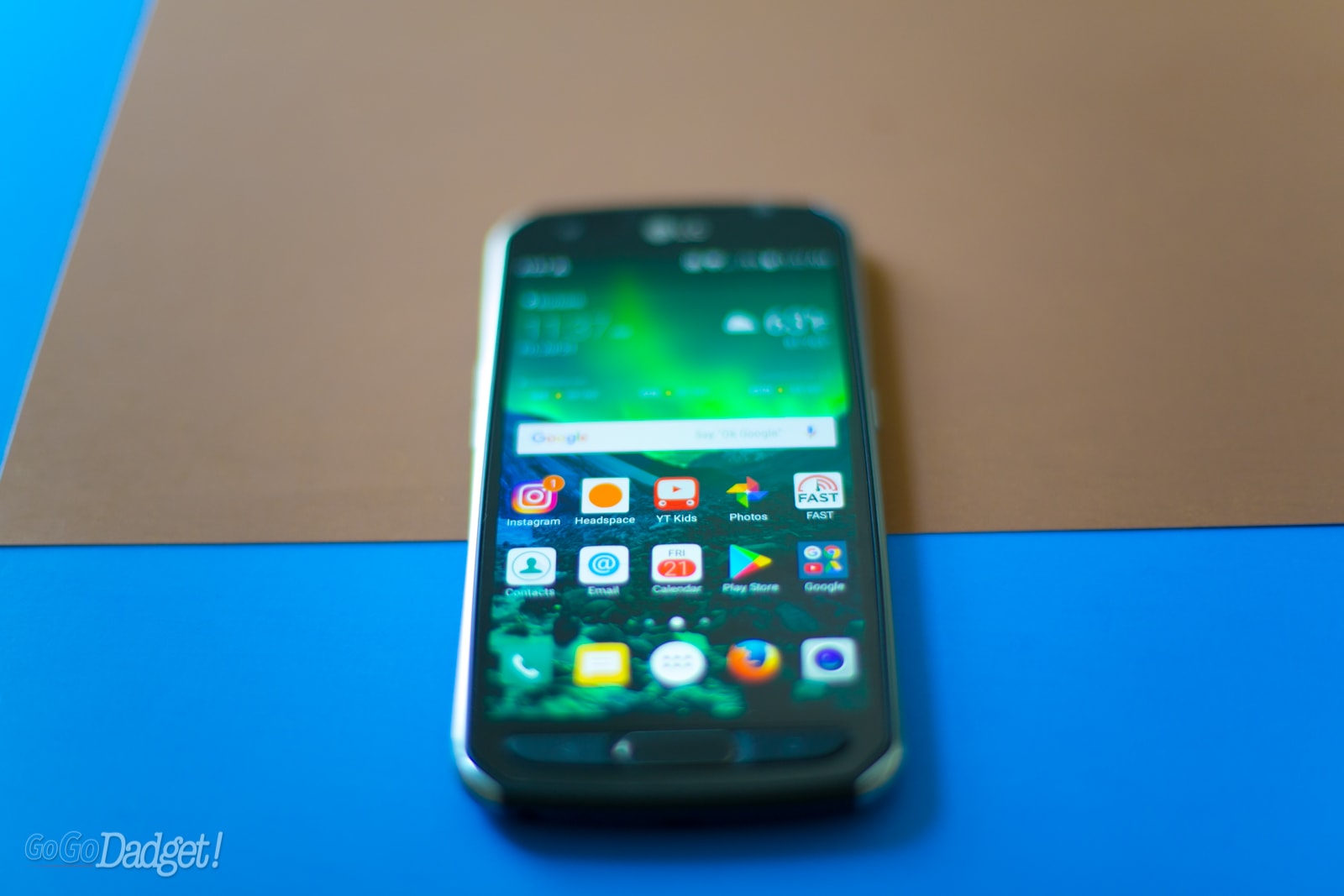 The battery is 4,100mAh, which is pretty huge, and it lasted me more than a day with constant browsing, texting, and YouTube surprise egg videos.

It even has a dedicated button for a full suite of outdoor essentials, like the compass and fitness tracking. There’s also has a glove mode, but I live in California where gloves are illegal because it’s so hot all of the time. 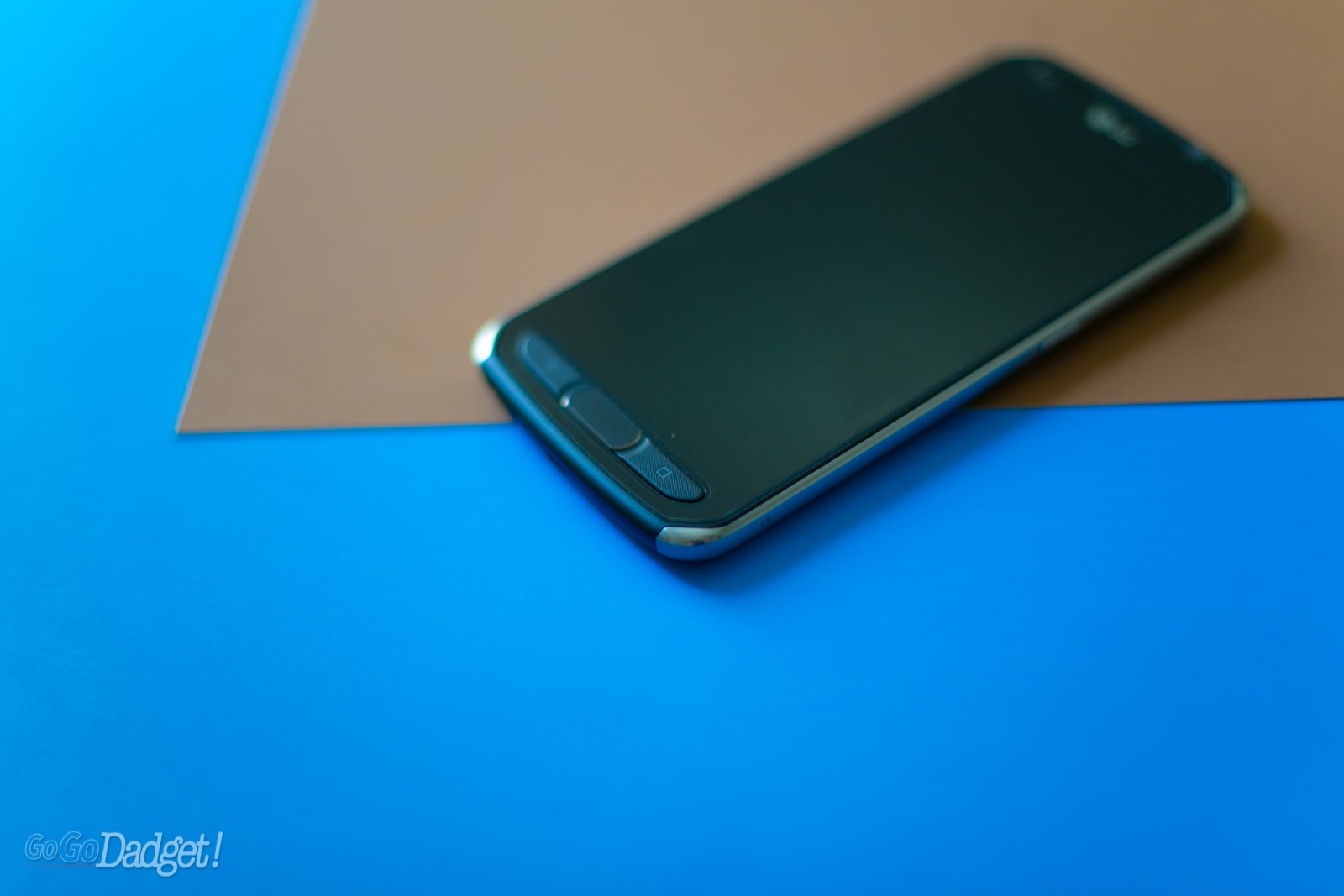 The LG X Venture also has 32gb of onboard storage, which is expandable, and enough RAM (2gb) where nothing felt slow. The fingerprint sensor was fast and accurate too.

Design-wise, beyond aesthetics, you have a healthy mix of plastic, glass, metal, and the rubberized back plate. It sounds like overkill, but the thing is easy to hold and not ugly by any means, even if it doesn’t win a beauty contest. Like, 4th place maybe. Not last. 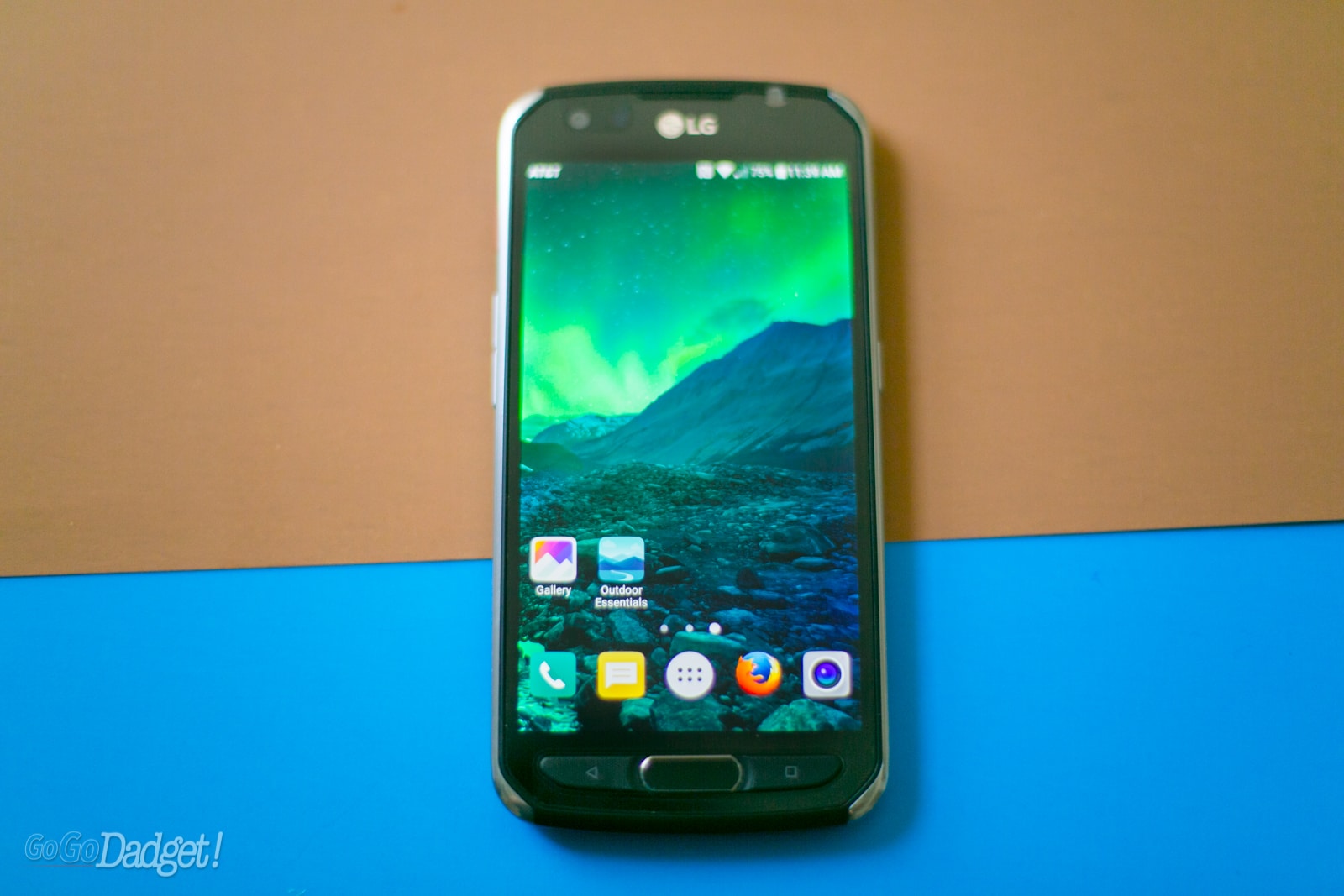 Running Android 7.0, you have access to the Google Assistant and LG’s own bunch of apps, none of which feel like total bloat. It’s a pretty clean experience using the LG UX 5.0+, and that’s nice. I don’t want to feel like I’m being bogged down by anything, and it’s great that the kids can figure it out without having to learn a whole new interface when I switch phones. 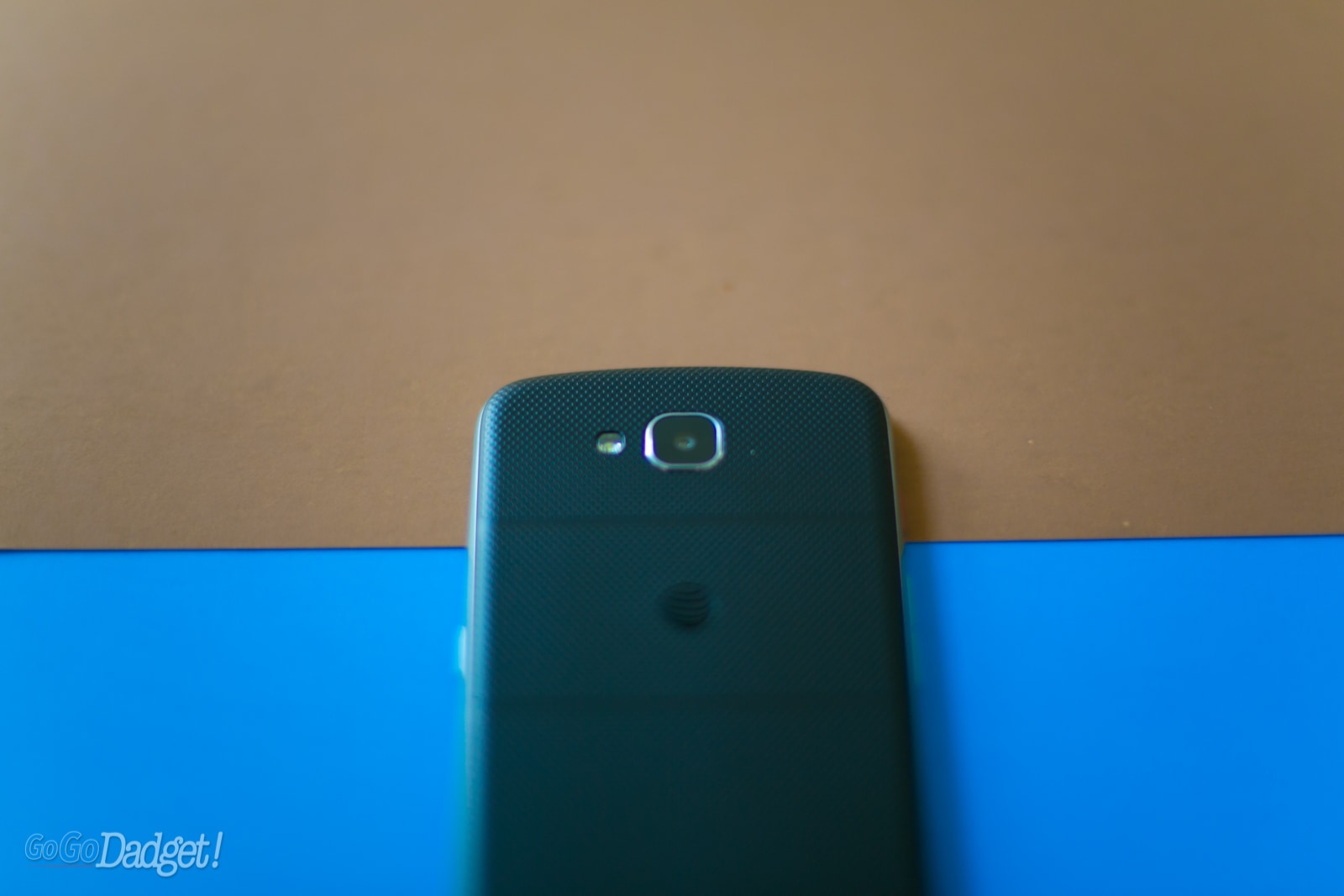 The camera was decent — which isn’t saying a whole lot. It wasn’t terrible, but it wasn’t spectacular either.

Here’s the thing, though… when people go adventuring, they want to take amazing pictures of the amazing places they’re going. I don’t understand why brands don’t put their absolute best cameras in things outside of their flagship devices, because someone who is going hiking in Iceland probably wants the best of both worlds, you know?

The one thing I disliked the most about this phone is something the purposefully built in and called a feature — the dedicated button to get to the outdoor essentials apps. 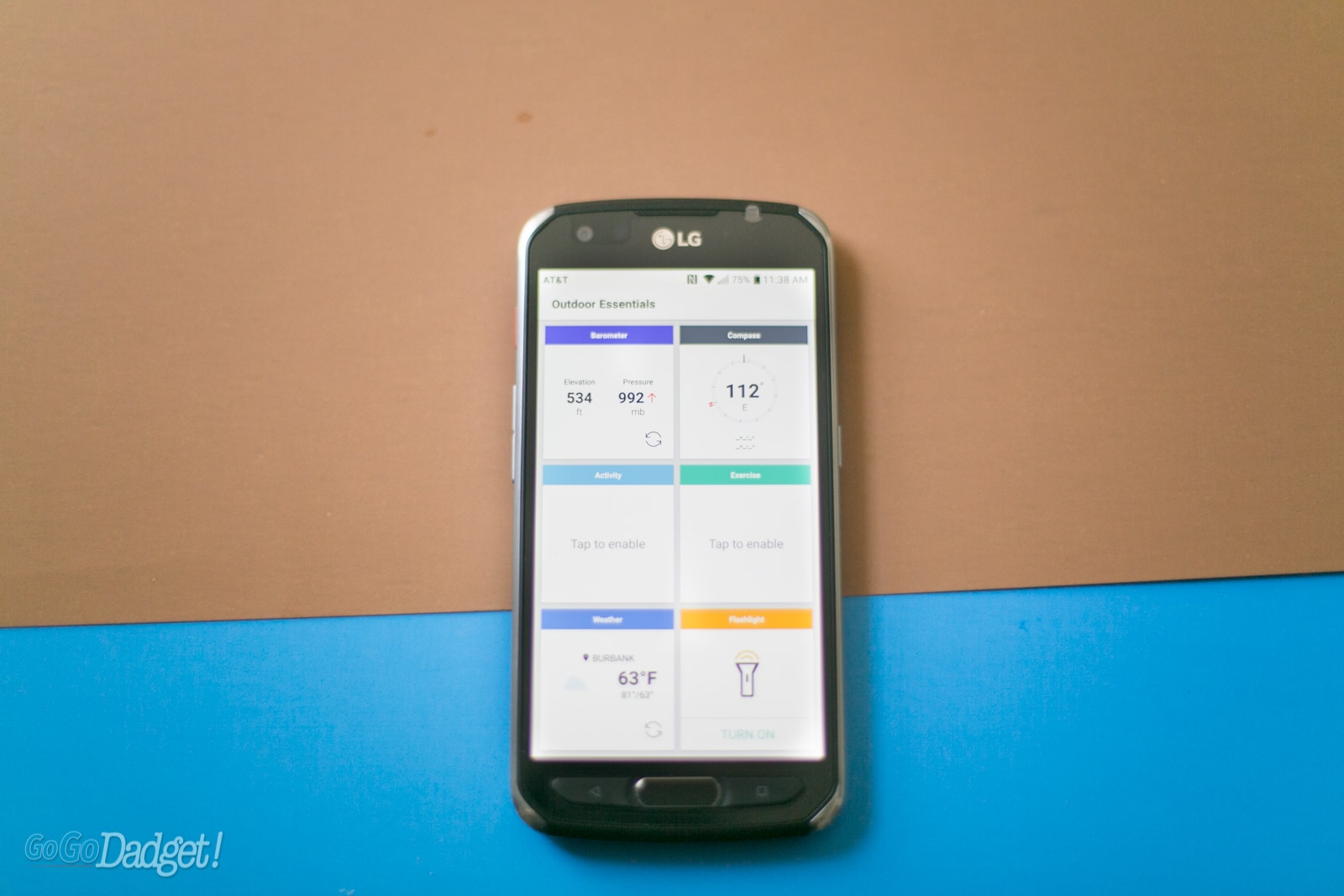 Why didn’t I like it? It was extremely sensitive, and I kept hitting it instead of the volume rocker, which is right underneath. That means it launched every time I made a mistake. My kids were hitting it constantly too, as I yelled from the other room to turn down the Family Finger videos.

Honestly, I get why it exists, and in theory it’s a great idea — but I don’t know if it was a location issue or sensitivity issue or what, but I could have done without it. Maybe if they had put it on top of the phone like the old iPhone sleep/wake button or something, I don’t know, but it was frustrating. 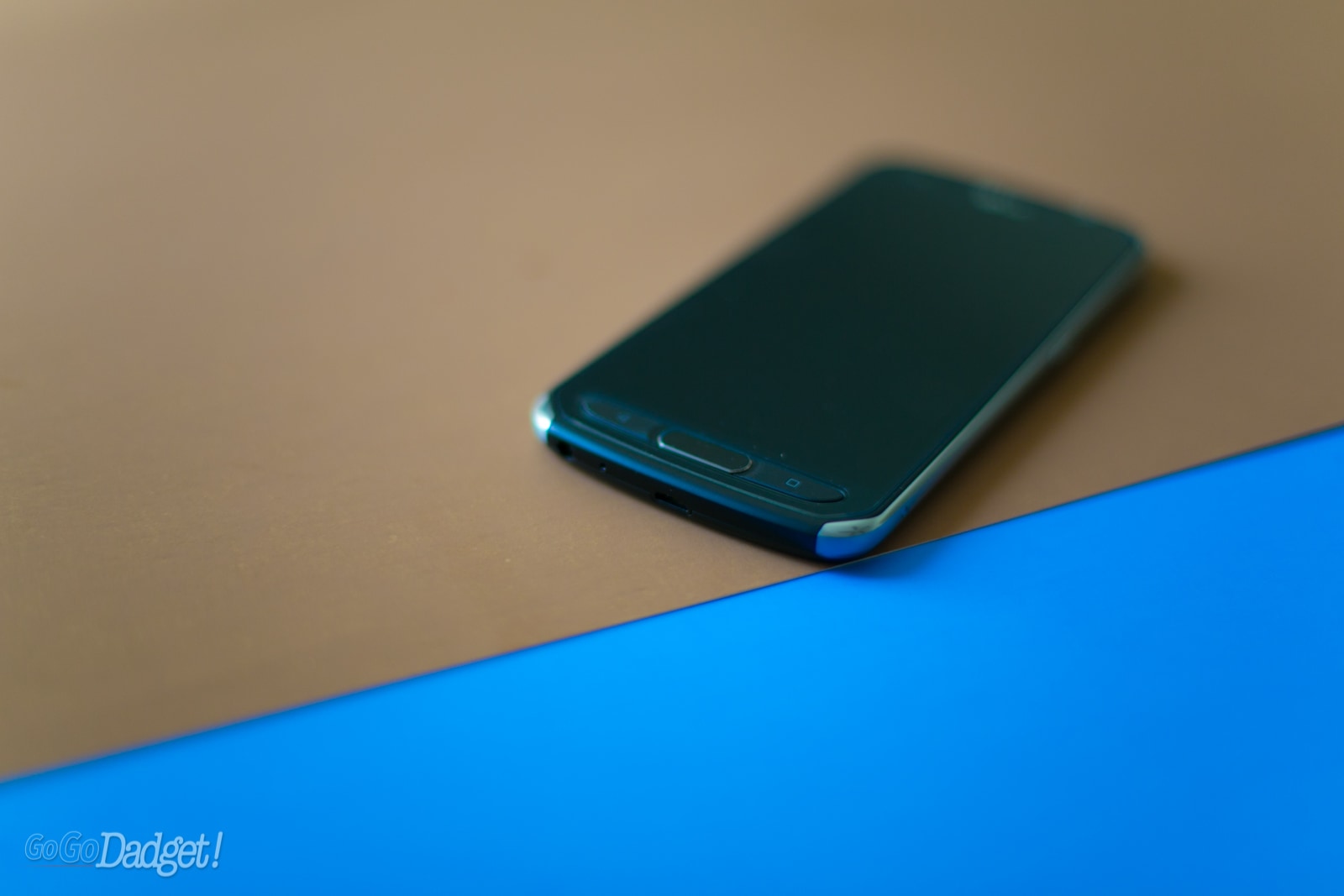 And as much as I didn’t like that dedicated button, the rest of the phone held its own. It was perfect for almost every situation of parenthood and withstood it all — from grime to drops, to dunks and outdoor dirt burials. That’s the best reason to recommend it.

On top of that it charges quickly, has a beautiful easy-to-read screen, massive battery life, and the best of Android 7.0. I just wish it had a slightly better camera (as a parent, but also as someone who likes to do things without my wife’s DSLR) and one button fewer.

Oh, and it only costs $299.99 on Amazon at the time of writing this. That’s a steal, even if you want to use it as a backup phone for when you’re going all Indiana Jones in Nepal.

[Check out our last LG phone review, the LG G6]