TL;DR: While most phones are only focusing on screens, the LG V30+ made strides in other areas — like audio — that feel fresher than everything else. Despite one hiccup, the LG V30+ remains my favorite new phone of 2017. 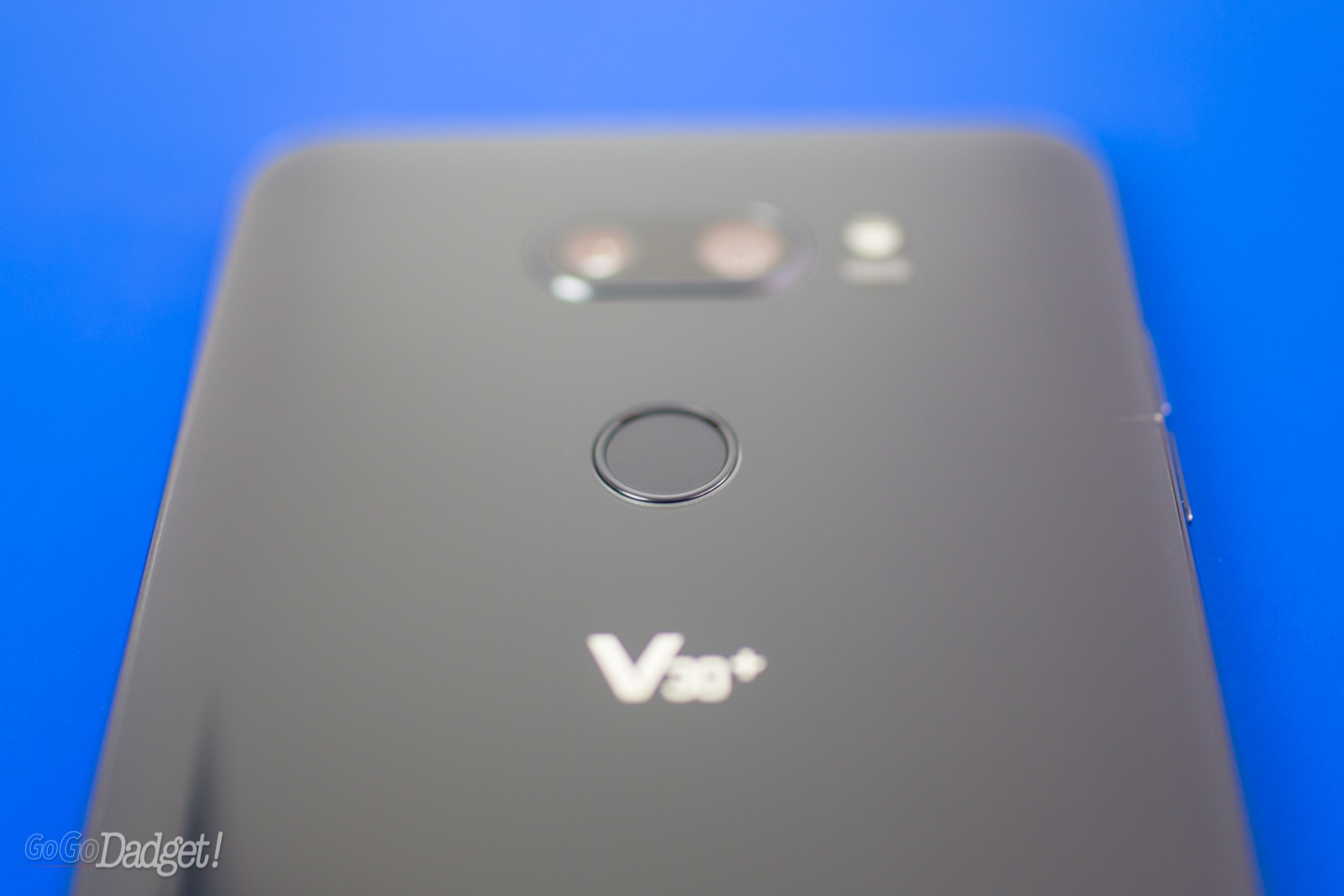 A lot of people complained about the LG V30+ — and Google Pixel 2 XL — because its screen has a noticeable blue shift when not looking directly at the phone. I’m here to say that yes it exists, and no it doesn’t matter.

LG is doing some cool things with their mobile tech. And while not perfect, the V30+ got me excited about phones in a way I haven’t been feeling for quite a while. And it all came down to audio. 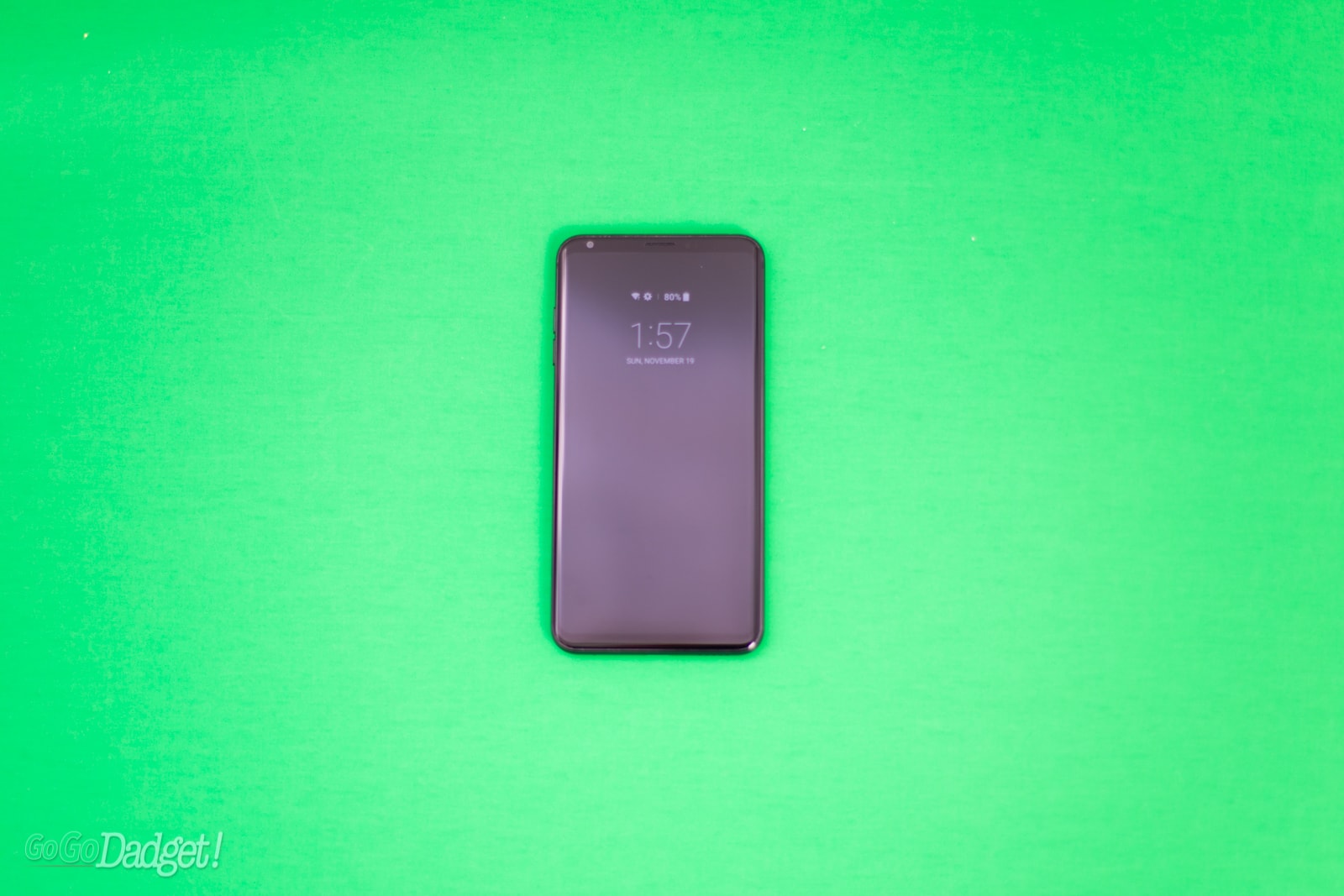 The LG V30+ is gorgeous. It has a virtually bezel-less screen (like every other modern phone), a fingerprint sensor on the back, dual cameras, USB-C, wireless charging and NFC, and, most excitingly, a headphone jack. And that jack is damn magical at this point, because listening to music on the V30+ is a chill-inducing dream.

I’m not even an audiophile and I can tell the difference, audio-wise, listening to the Quad DAC built in to the phone. A DAC, and we’ll get into this more later, is a Digital Audio Converter, and the better one is the better the sound you’re getting. You’re still gonna need, you know, nice headphones, but even crappy ones will sound a little nicer. 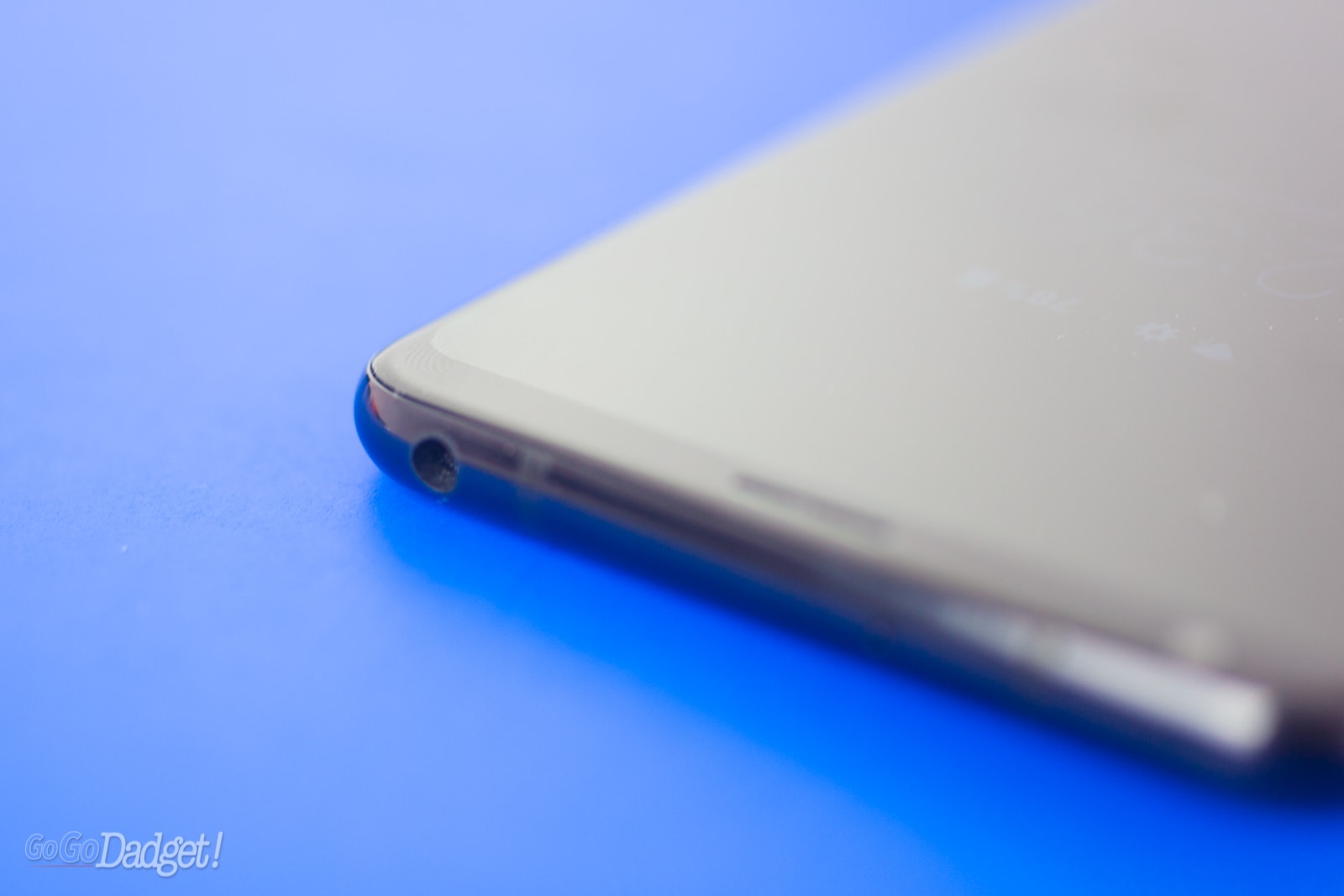 The phone feels great in-hand, has a nice heft to it, and the bezel-less screen is massive while feeling manageable.

The + variant comes with great wired headphones and double the storage (128gb vs 64gb). 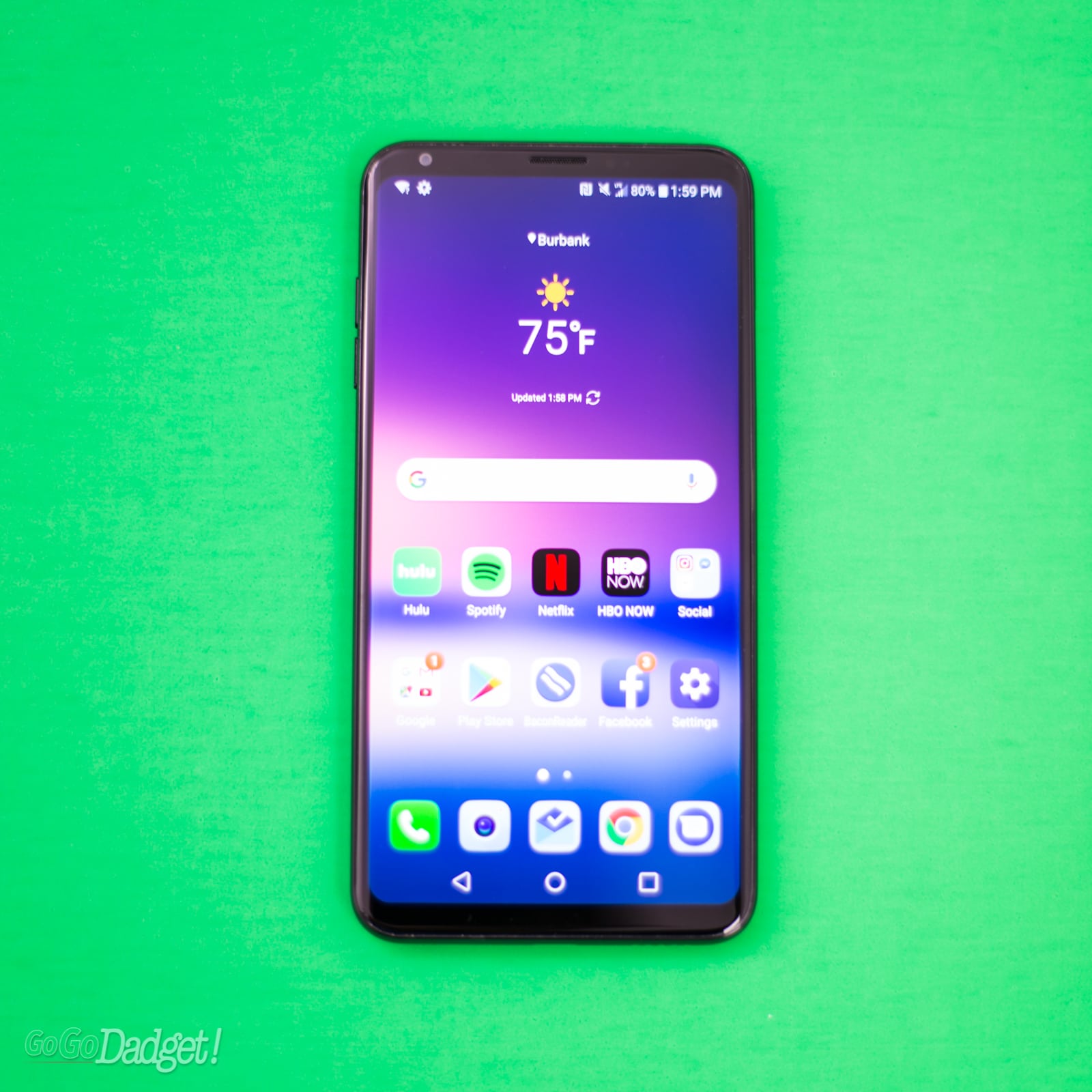 HDR lovers rejoice, because the LG V30+ has a great screen and Netflix is showing it love. It’s a 6 inch, QuadHD OLED “FullVision Display.” In other words, there’s barely any bezel and it looks like all the other modern phones.  The aspect ration is 18:9 if you’re into that sort of thing, just know it’s great and on-par.

There is controversy, though, surrounding a “blue shift” when the screen is tilted from head-on. And it’s true, when you do that there’s a blue hue. But what does that really matter? Are you gonna be looking at the screen and reading at an absurd angle? No, you’re not. A little bit of blue here and there in unusual circumstances isn’t going to bother anyone.

The biggest deal with this is that people feel that if they’re paying for a premium flagship phone that it should all be perfect. But that can apply to anything. Headphone jacks (Google, Apple, etc.), fingerprint sensors (Apple), expandable memory (Google, Apple). I feel like there’s always gonna be a trade off, but that doesn’t mean someone won’t make a truly almost perfect phone at some point (OnePlus, on paper, is getting close, but I haven’t tested them yet).

Look, the screen looks awesome when you’re using it normally, and videos and everything look sharp and awesome. That’s about all you need to know.

LG is still putting their own skin on top of Android, and installing their own apps. On top of this, the version of the phone I was sent was Sprint exclusive, so all the Sprint bloatware was beyond annoying and obnoxious. It’d be great to see LG move away from stuff like this, but on the other hand I get it from a business perspective.

Luckily it doesn’t slow down the experience. Texting is speedy, apps are speedy, pics are taken without much lag, and watching video is a pleasure.

LG isn’t putting an amazing spin on Android or anything, like how Motorola seems to be with genuinely useful gestures and tweaks, so don’t expect to be floored with software innovation. 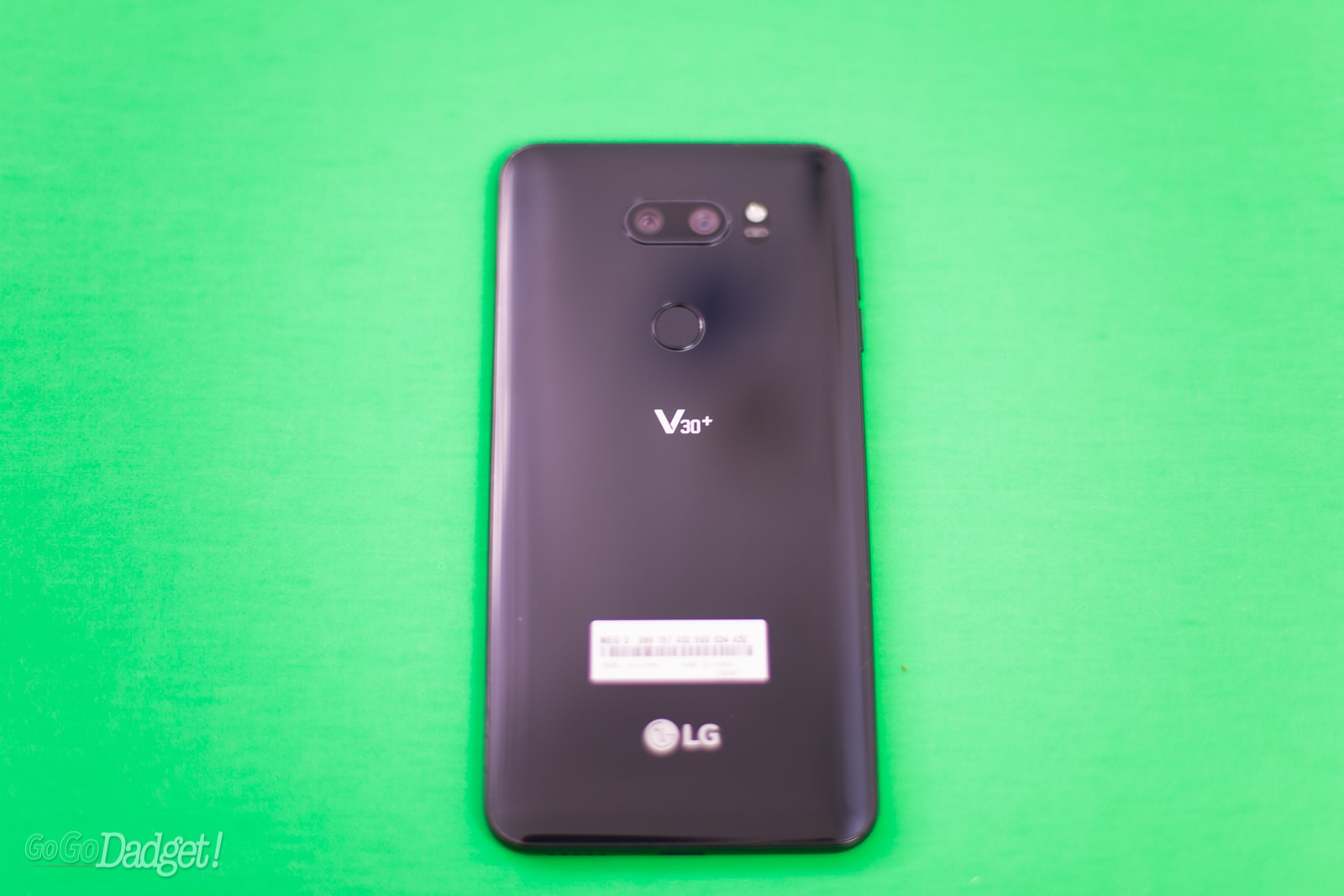 The LG V30+ takes some really great pictures, and even better video. Personally, I’m not a huge fan of how Android phones handle photography — meaning, I don’t like how the viewfinder shows garbage and all of the nice looking enhancements happen in the software after the picture has been taken. It’s time for Android phones to step up and give a mostly-live view of what you see is what you get, like the iPhone can do.

That being said, I still think the V30+ falls behind in pictures to the Pixel 2 and iPhone 8 Plus/X range. Luckily, it’s not by much. And honestly, I think I’d rather a telephoto lens as the second lens than the wide-angle lens include in the V30+ setup, just because I don’t want perspective to get warped and bokeh is super duper nice.

My favorite part of the camera system is the video. The Cine Effect really is awesome, and makes things (like Vlogging) look incredible. Outside of that, you can even record video with Hi-Fi audio, using the phone’s 3 mics.

Here are some examples of photos and video: 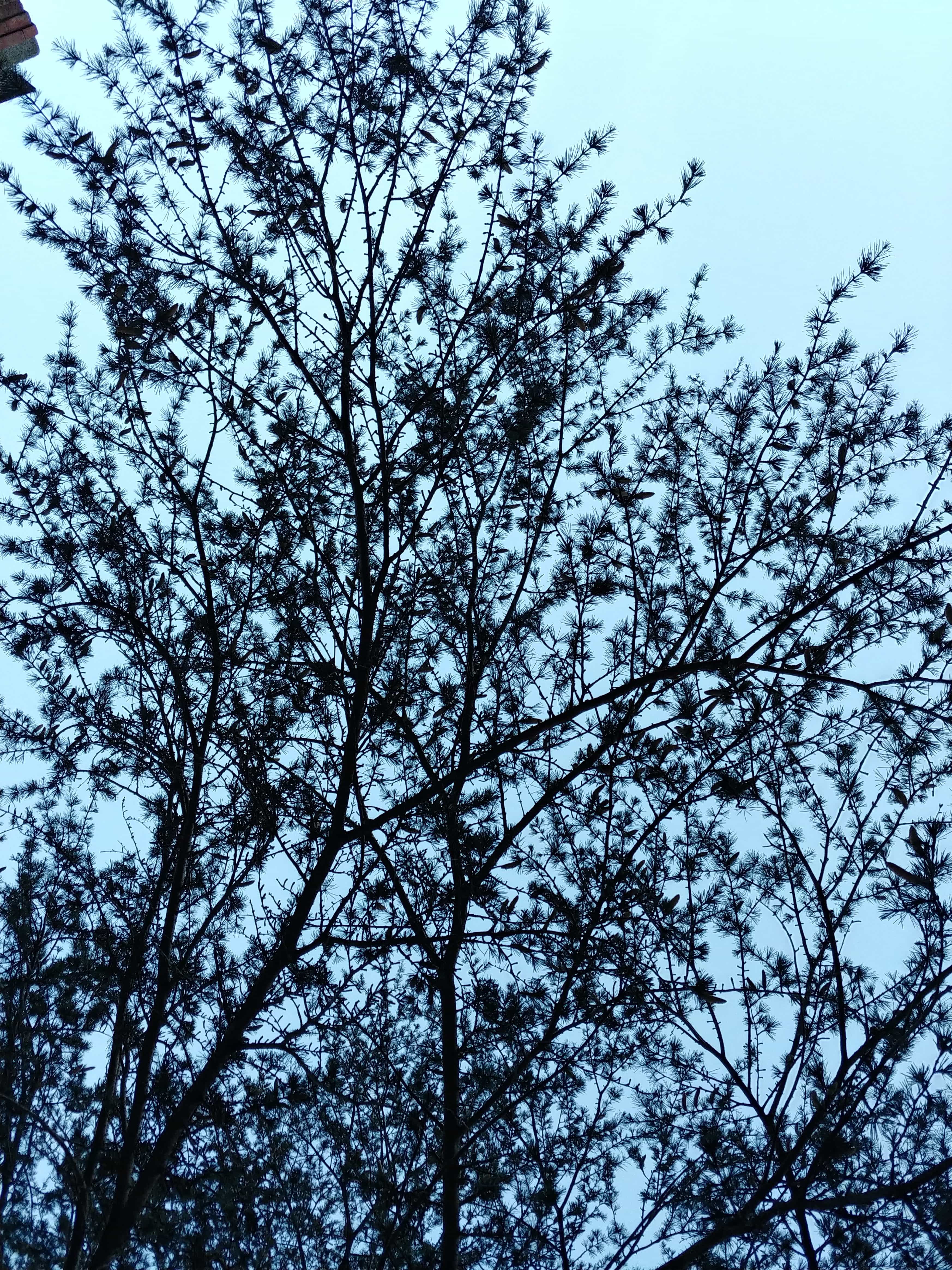 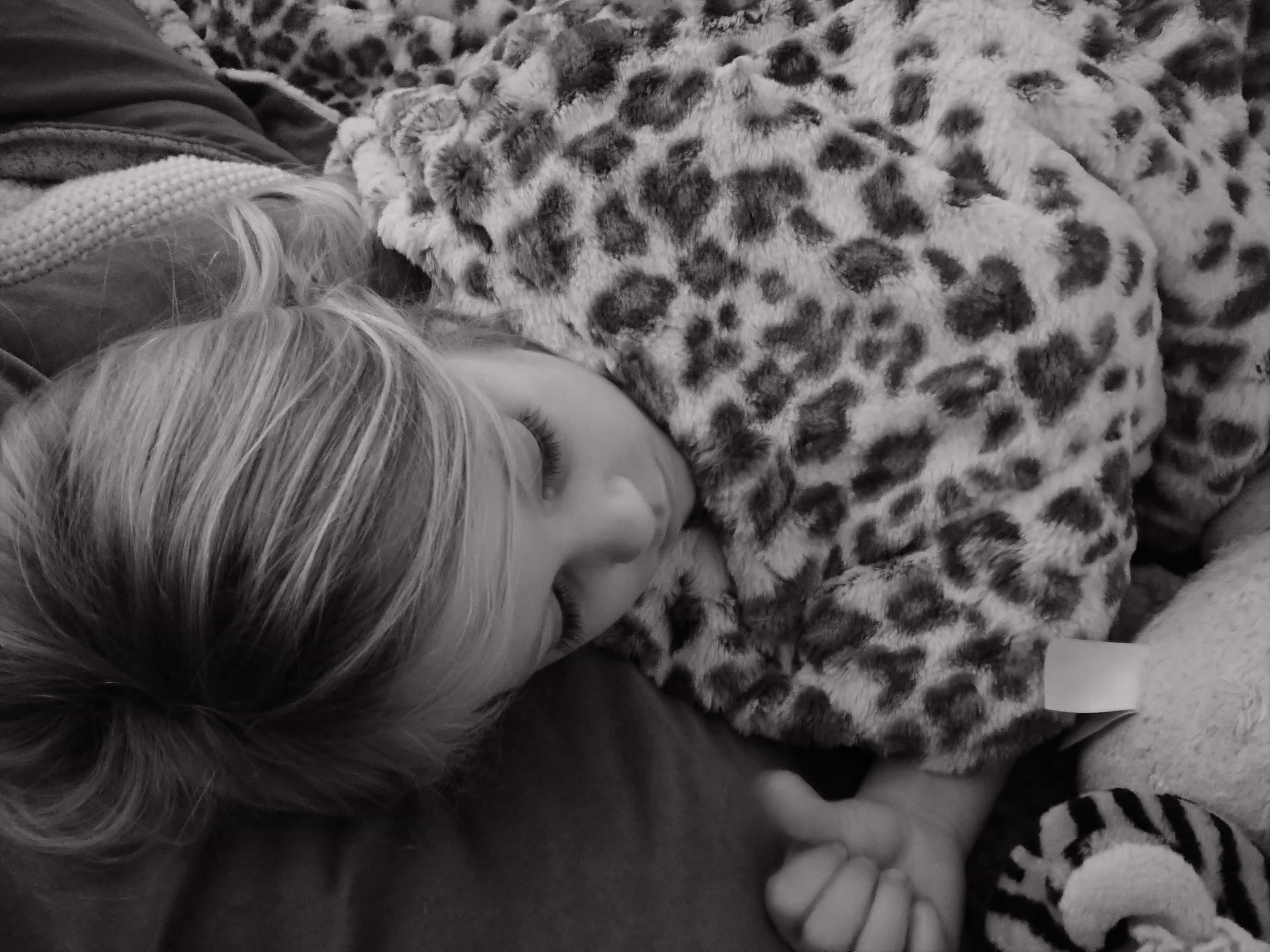 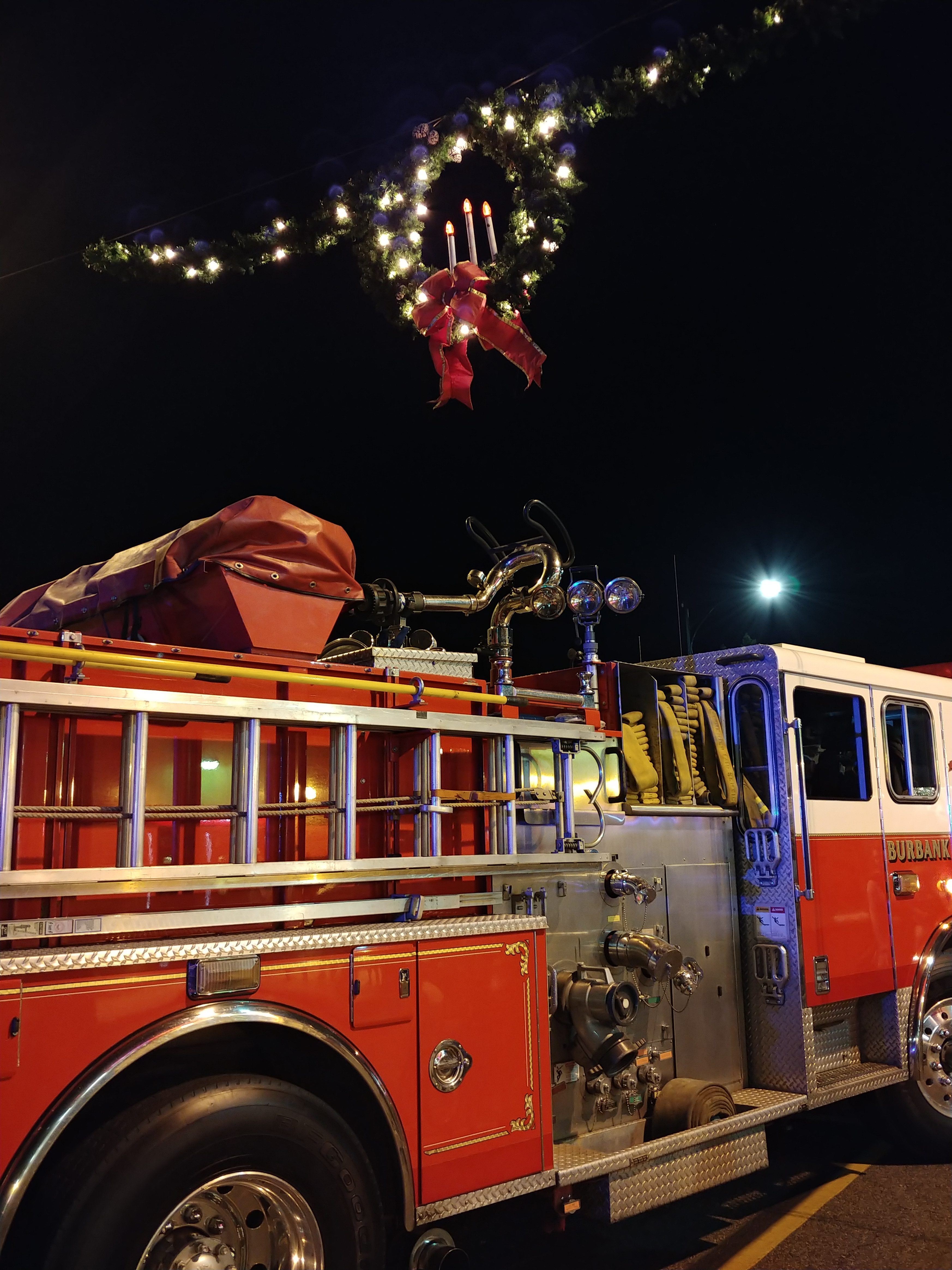 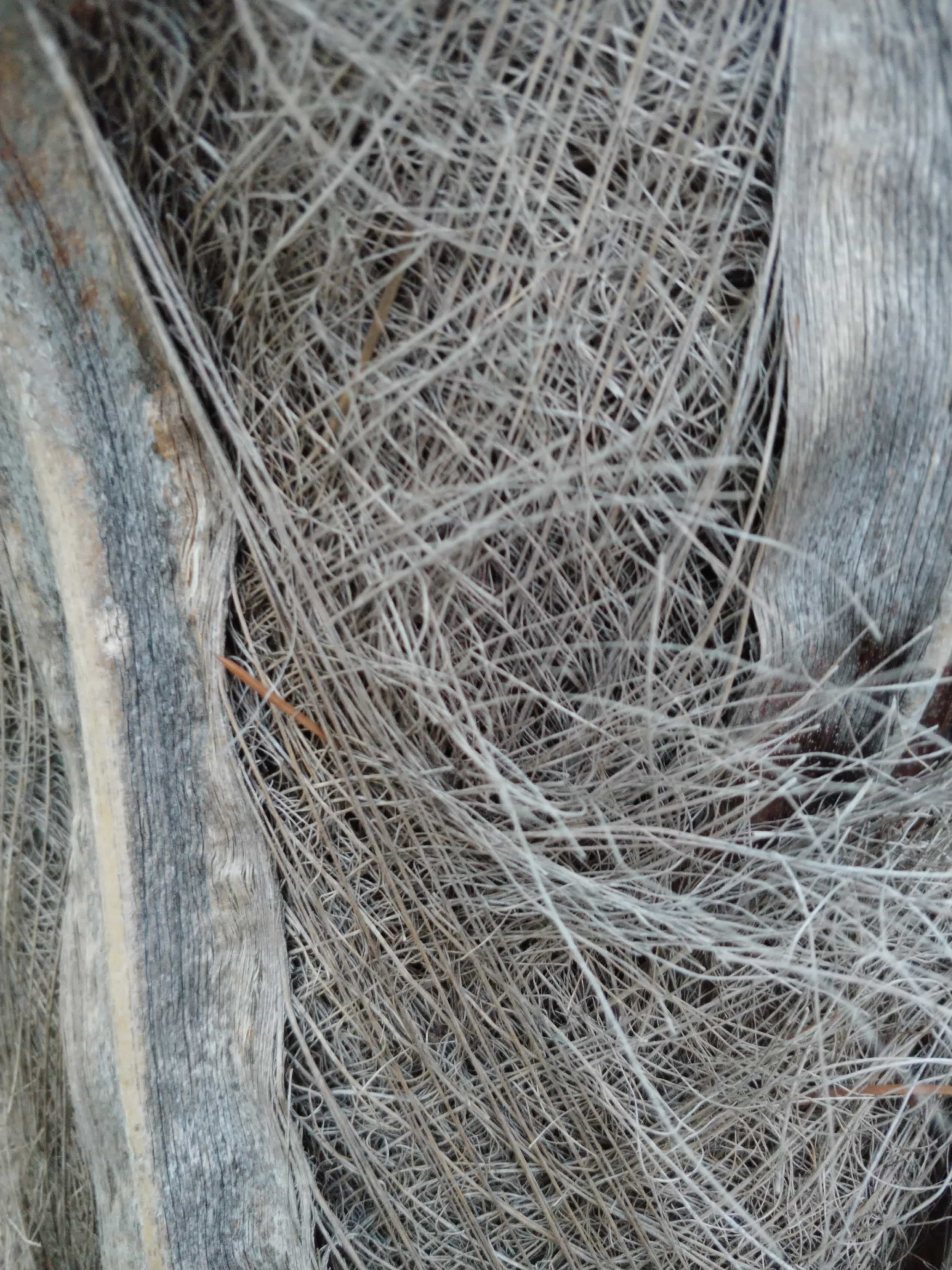 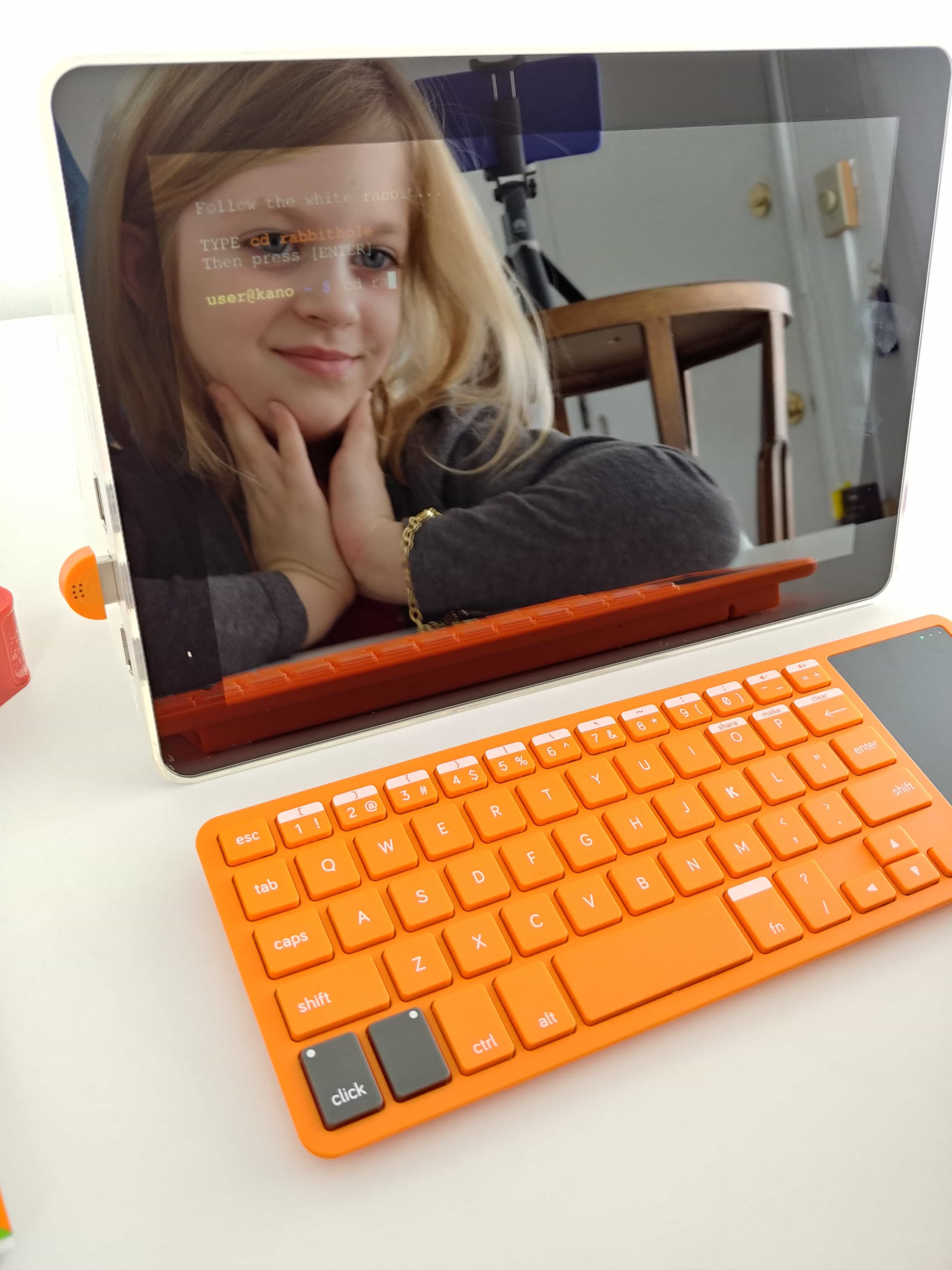 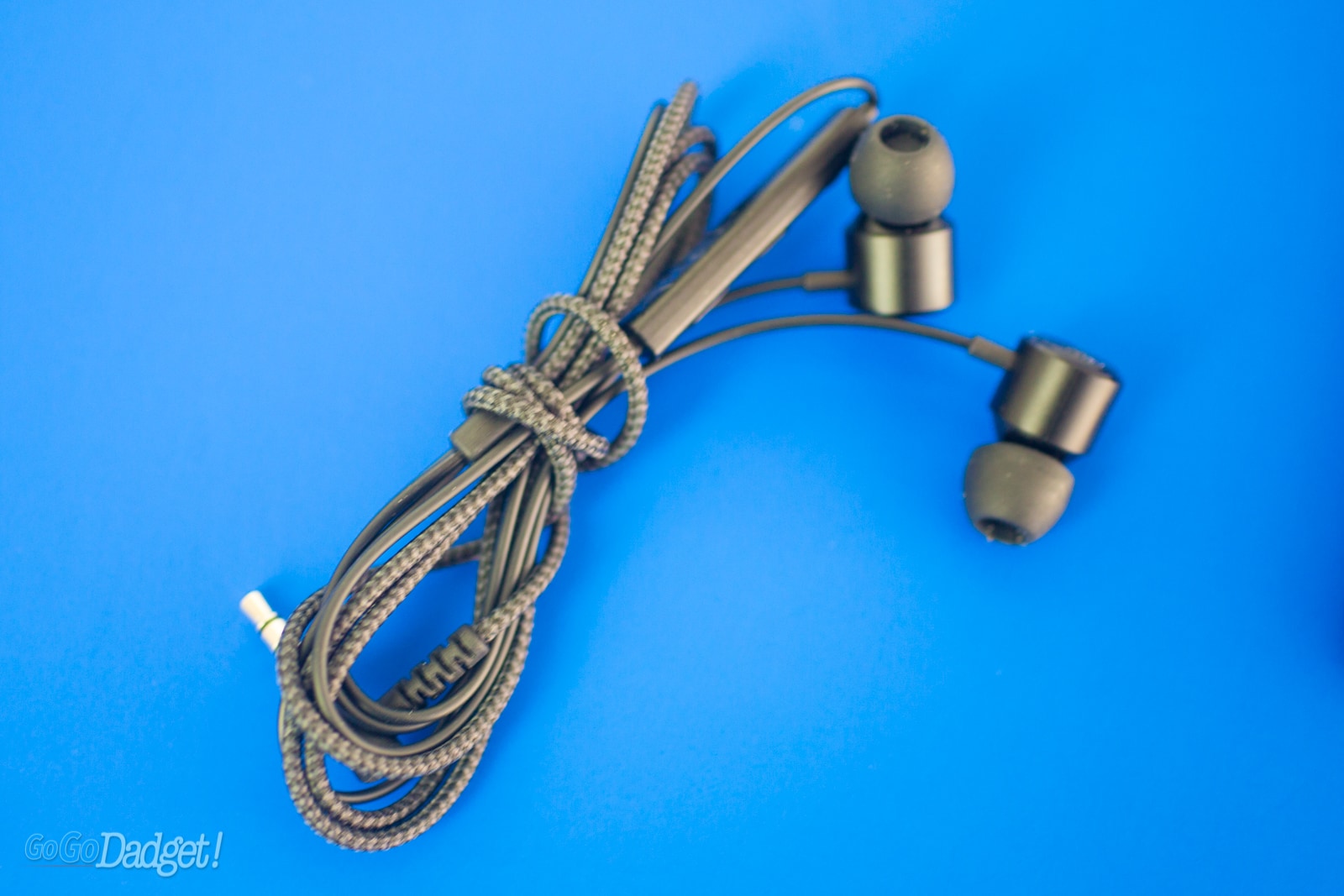 This is where the phone truly shines. While other phone makers are focusing more on removing bezels and using your face to sign in to the phone, LG has gone a different route with the V30+: they included an amazing QUAD DAC that will blow you away, and have kept their headphone jack while others have been killing it off.

Leaning into audio when nobody else is is incredible. Here’s the jargon on what QUAD DAC means:

Jargon or not, it’s true. Using wired headphones capable of reproducing sound like the DAC can handle is an absolute pleasure you have to hear to believe. 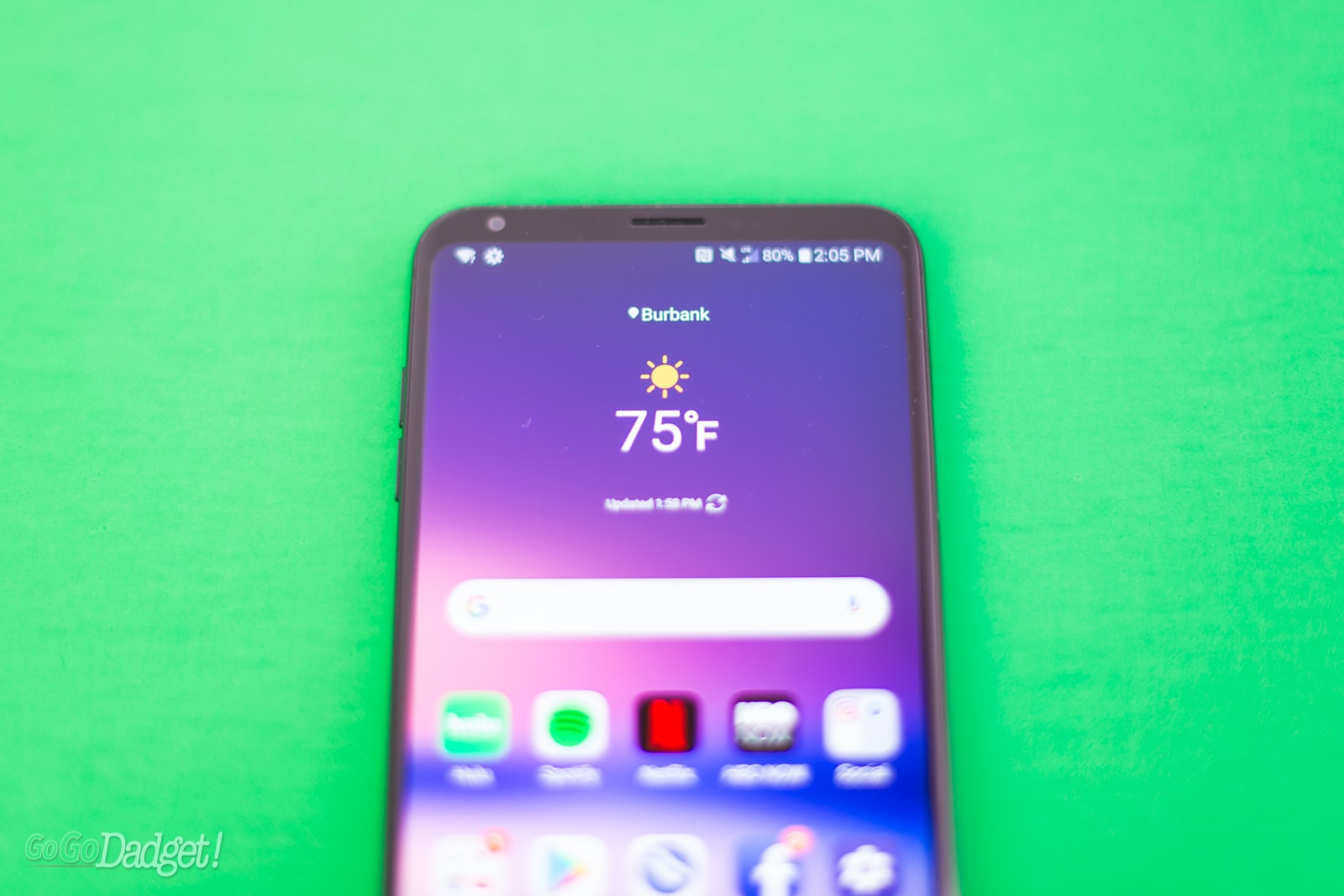 The blue-sift isn’t ideal, but it’s not as big of a deal as whiners make it out to be. Also, the pre-installed apps aren’t really very useful compared to what stock Android has to offer.

I’m also going to take a second and jab at Android in general for not having an iMessage killer, but that’s more of an Apple vs. Android thing anyway… (if Apple put iMessage on Android phones, I swear I would never go back to the iPhone again.)

The only other issue I ran into was a rather major one, but it happened to a review device that I’m not sure how many reviewers had before me. One morning near the end of my time with it, the V30+ got caught in a boot loop and would not fully turn on. Meaning it just kept rebooting itself over and over again.

LG sent me a replacement device that gave me no issues in the final few days I had it, and while boot loops are a common problem for a lot of phones, I’m not sure it’s one that’s specifically worse for LG phones or not. If it happens though, I’m sure LG will help take care of it for you, especially if you have a warranty. 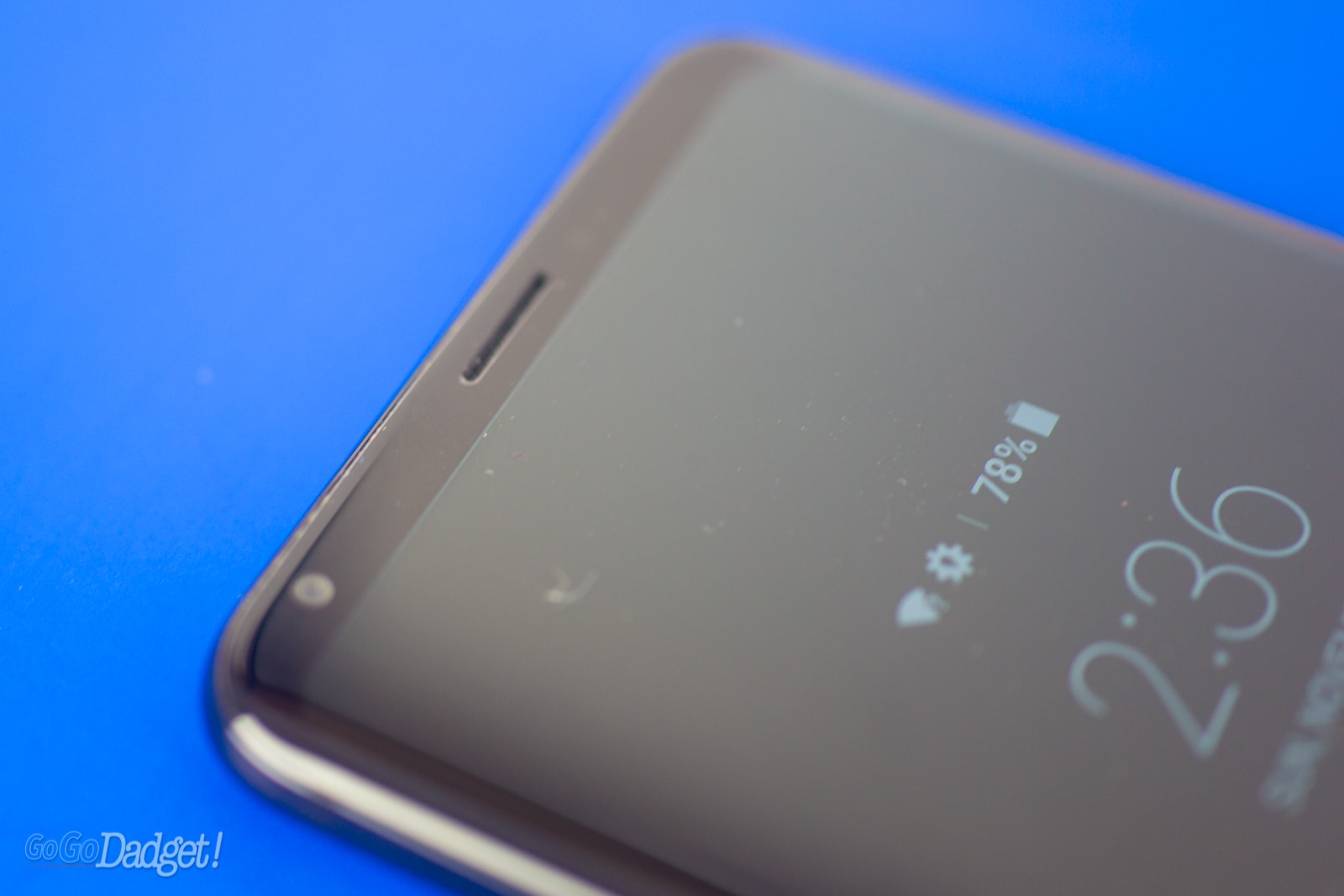 The LG V30+ is my favorite phone of 2017. It has a great screen and all of the bells and whistles of other flagship phones, but absolutely trounces everyone else in audio while retaining its headphone jack.

The V30+ has a heftier price tag than its less-storage and headphone free brother, the V30. The difference is almost $200 ($949 vs. $749, currently). Otherwise the phones are almost identical. Just buy your own headphones and get a 128gb micro SD card and you’re good to go with the V30 instead.

Honestly, I can’t wait to see what LG does with phones this year.