TL;DR Despite one rather large hiccup during the build, both my daughter and I had a blast building one of Kano’s latest STEM training toys — and their branding and design remain as strong as ever.

Note: GoGoDadget received a Pixel Kit from Kano free of charge in exchange for a brutally honest review, which is about to be read by you. 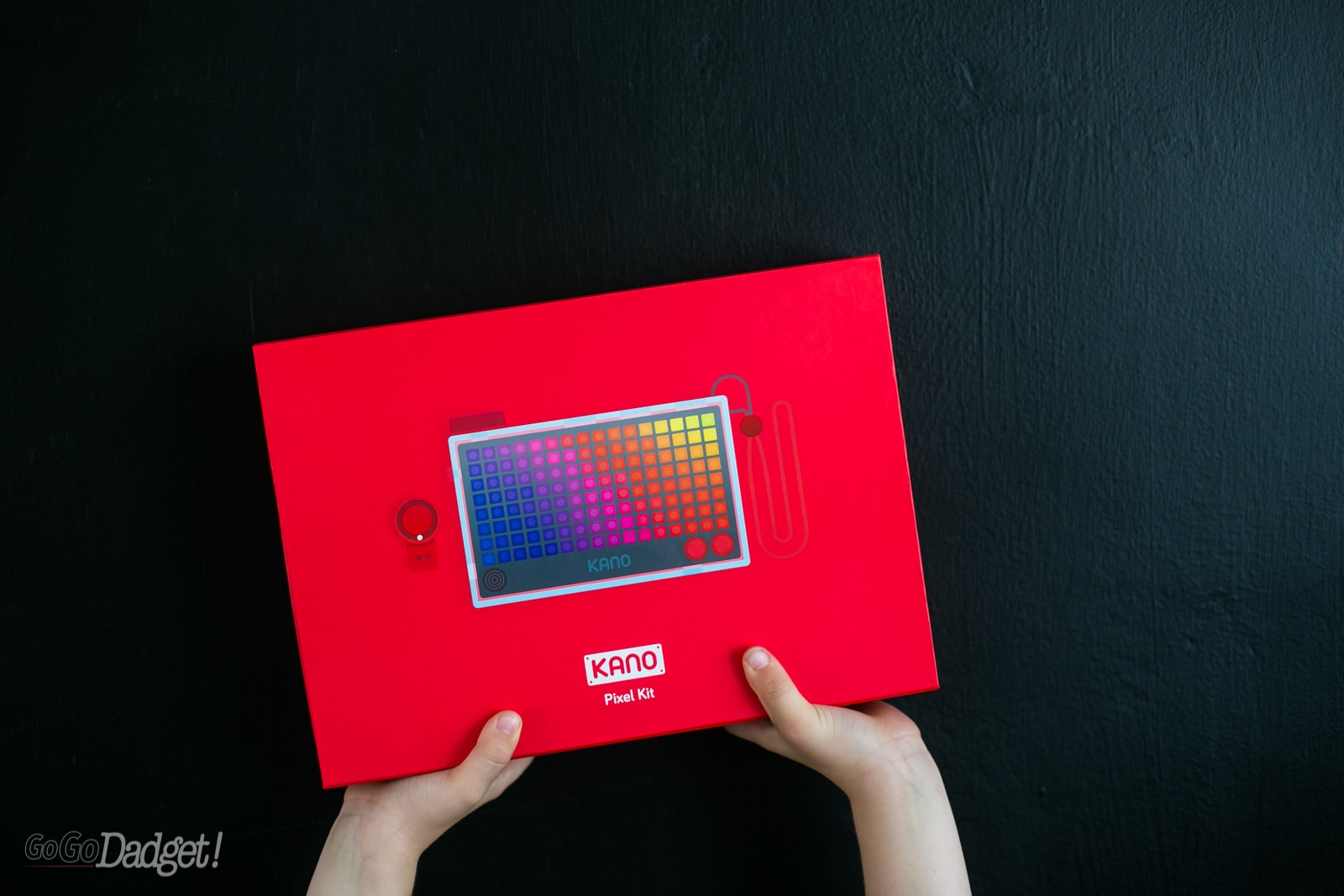 The last time I reviewed a piece of tech from Kano, my 5-year-old daughter and I jumped head first into building their sleek Computer Kit. Charlotte built the thing almost entirely by herself (I only helped read the pages as she followed the pictures), and it was an incredible experience I’ll never forget. It helped show my daughter that she can do absolutely anything she wants as a girl, no restrictions on gender, and to embrace her passions.

The amount of pride she had from the project was unbelievable — and Kano’s new Pixel Kit had the same effect, but with a little more pizzaz and awe. 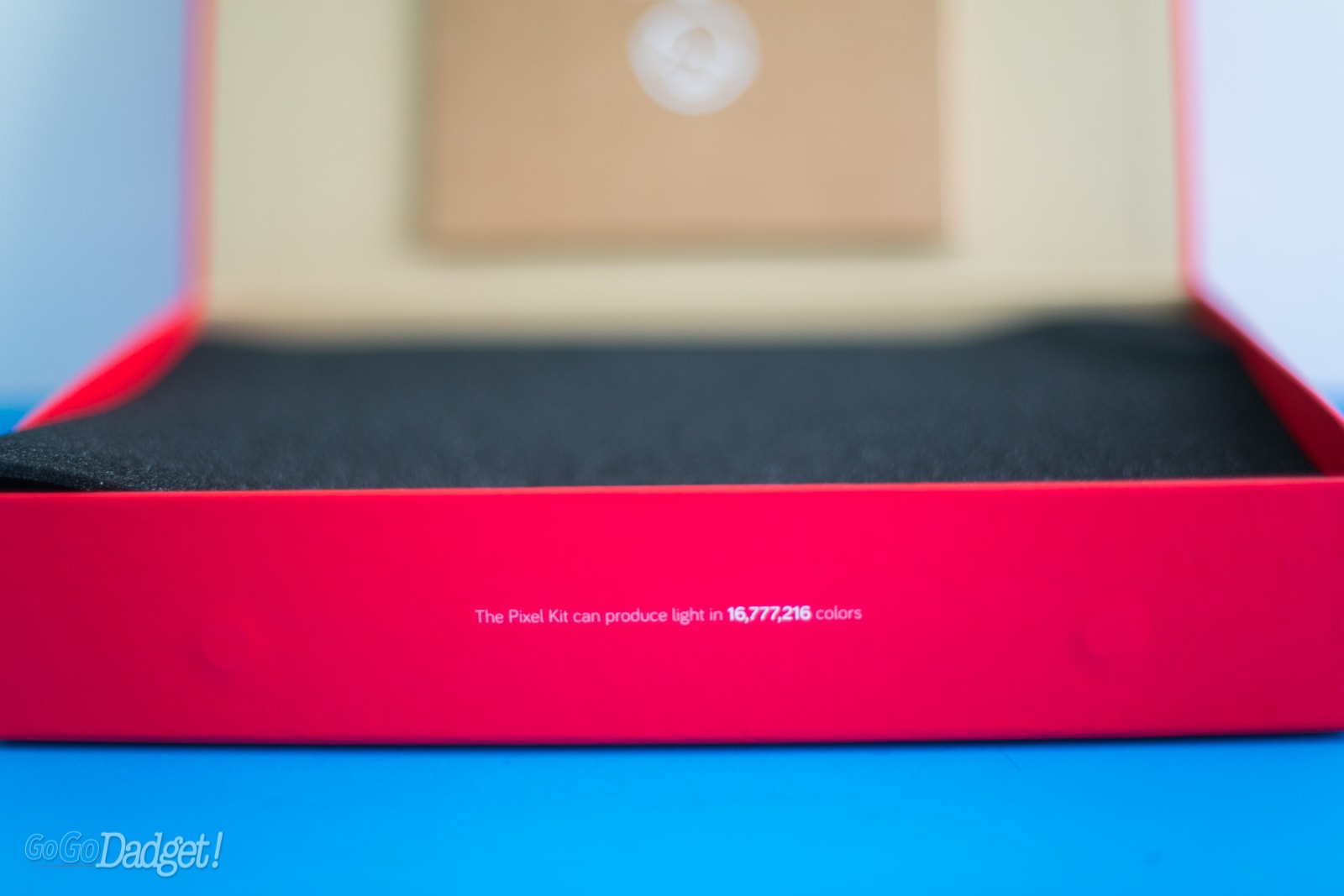 Kano’s kits are wonderfully designed with simplicity and ease in mind. All of the parts are broken up into plug-and-play pieces, none too small or hard for a child to manipulate and put together. On top of that, everything is either super cute or incredibly cool, which helps keep a kid’s attention.

The Pixel Kit literally has a bajillion (read: 16 million) bright and exciting colors through 128 LEDs. Wow is always a factor when it’s on.

Inside the kit you get: 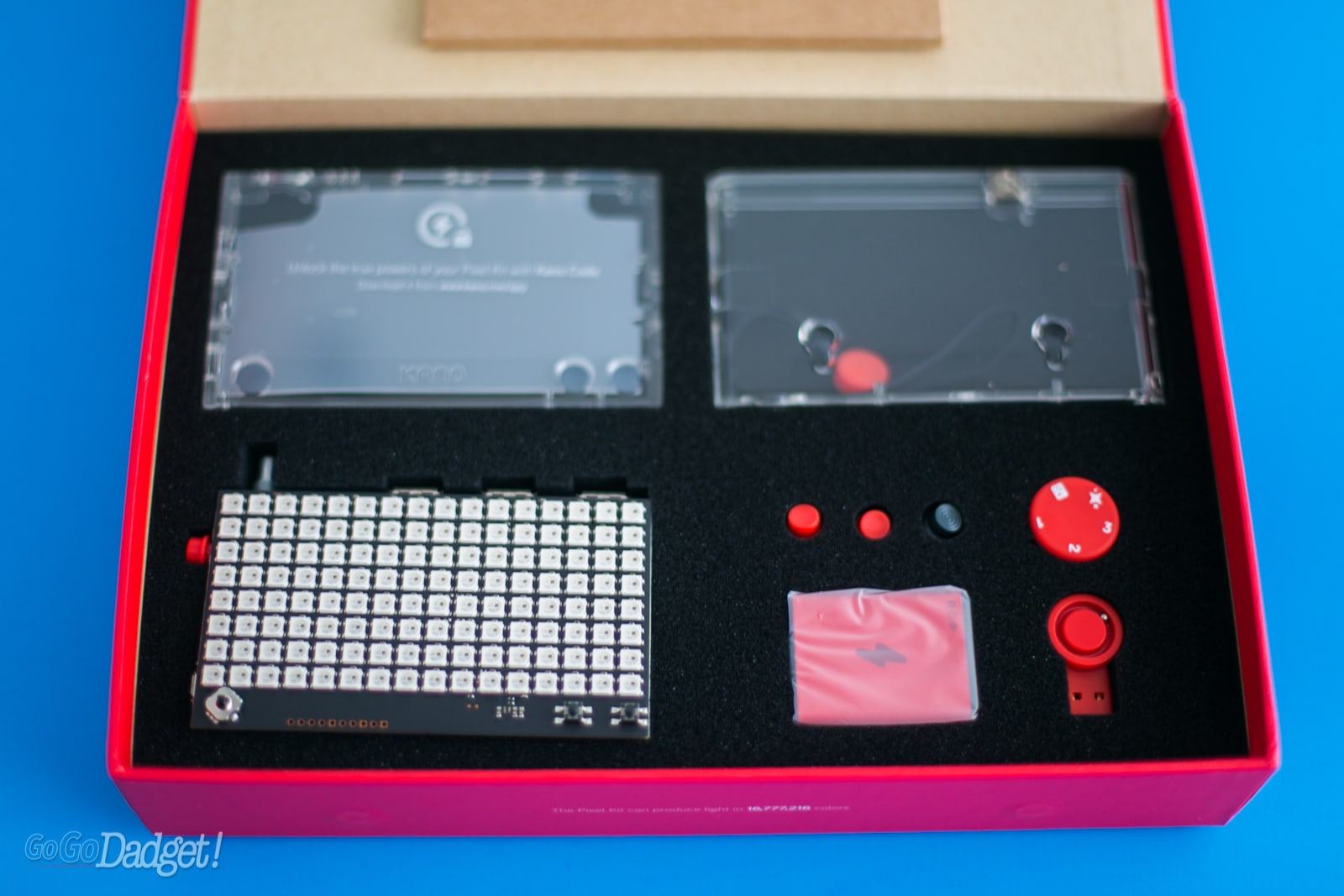 The tiniest details are some of the most fun — like the fact they decided to include a lanyard for kids to carry the Pixel Kit around, and extra USB ports for extra modifiers (Kano Sensors). The Brain also has a mic for sound interaction, wireless LAN, bluetooth, and a micro USB port for charging and connecting to a computer and APP. 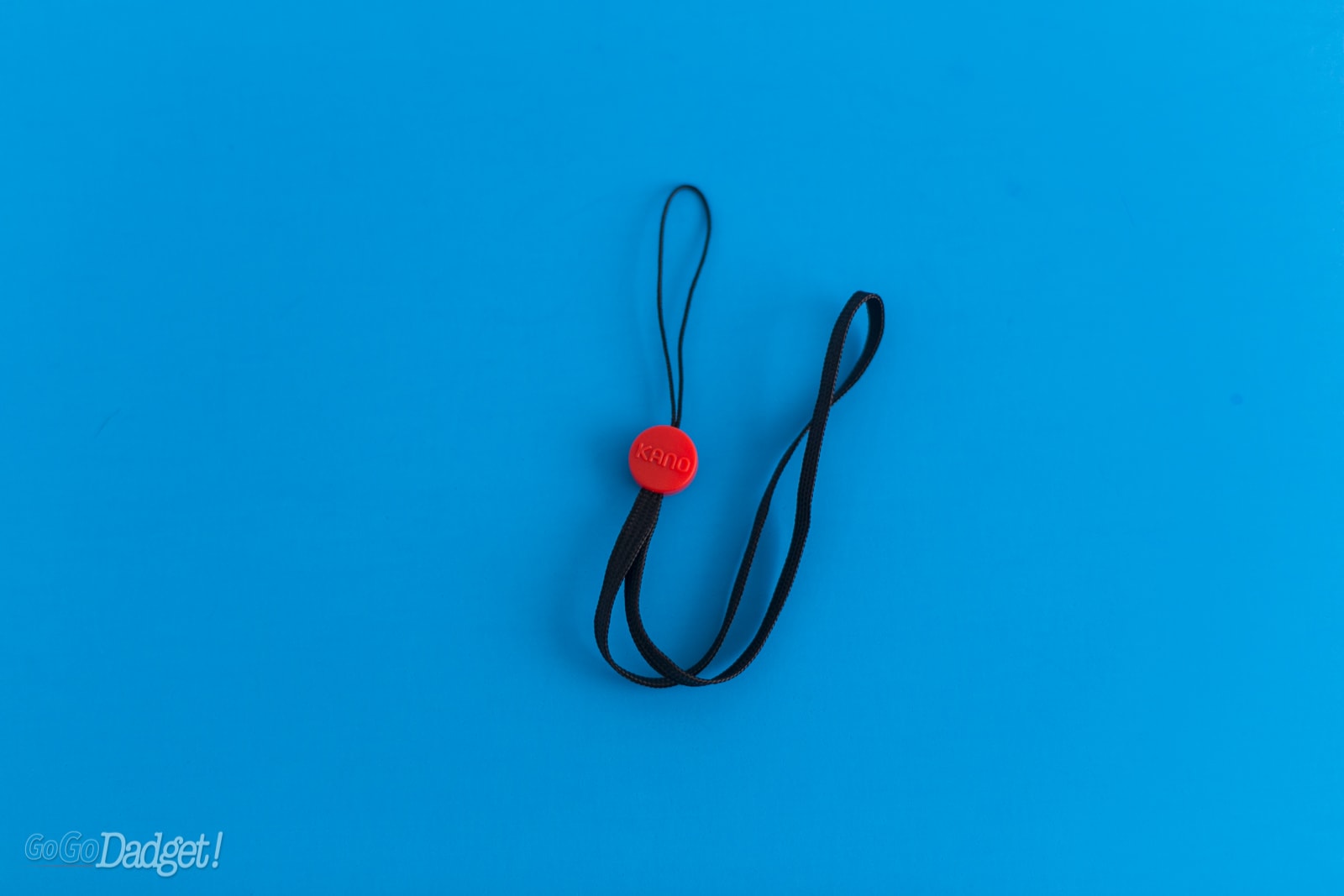 Like the Kano Computer, the design of the Storybook instructions and branding couldn’t be better. It’s engaging and flat-out adorable, and the colors are perfect. 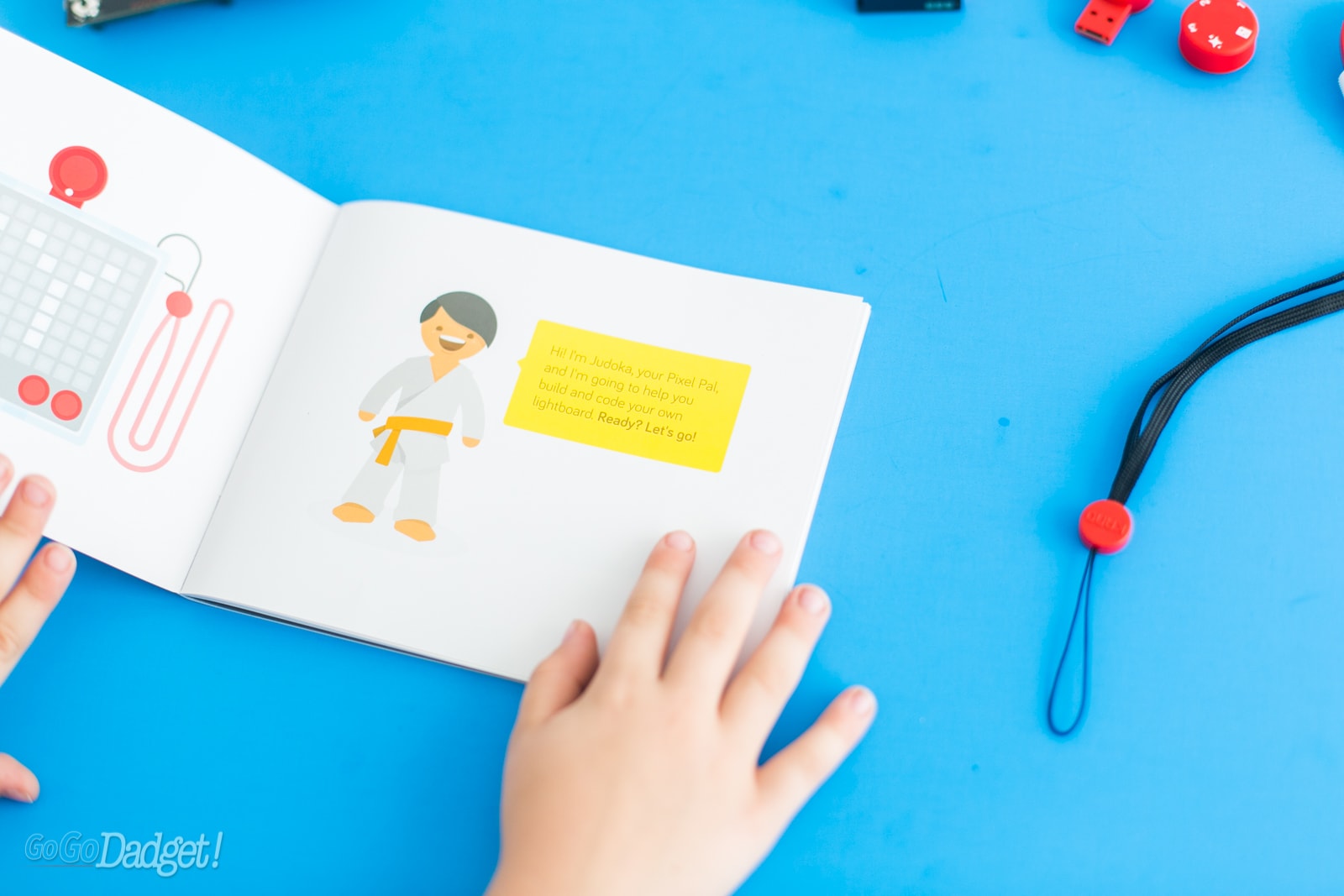 The assembled device is compact and portable too, and because of the lanyard and not needing to be hooked up to a monitor all the time, it’s even more portable than the Computer Kit. 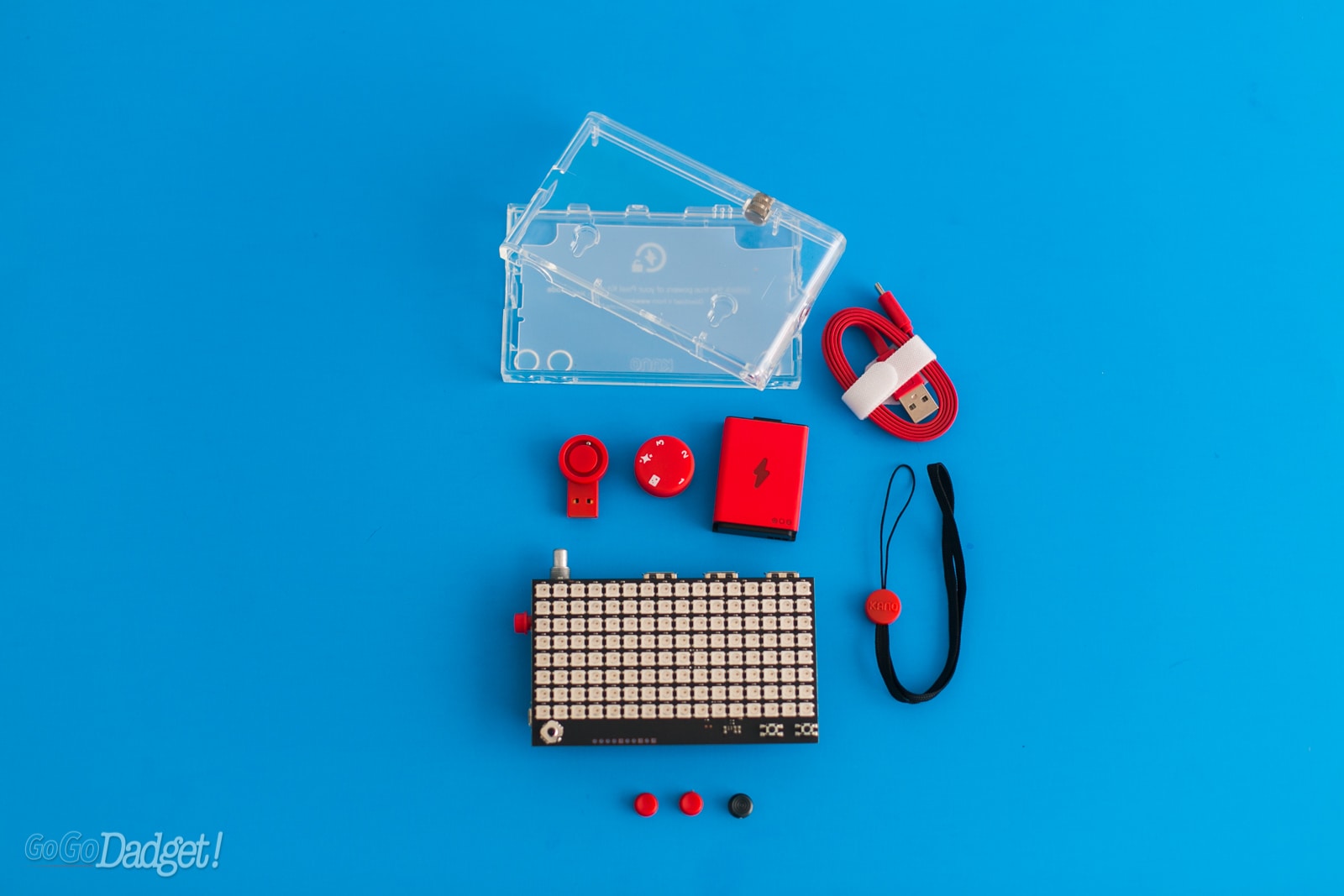 Just like before, I was pretty hands off when it came time to actually build the Pixel Kit. My daughter took charge (she’s still 5), and did everything on her own, following the book’s pictures, listening to me describe what she was doing and why she was doing it (learning!). 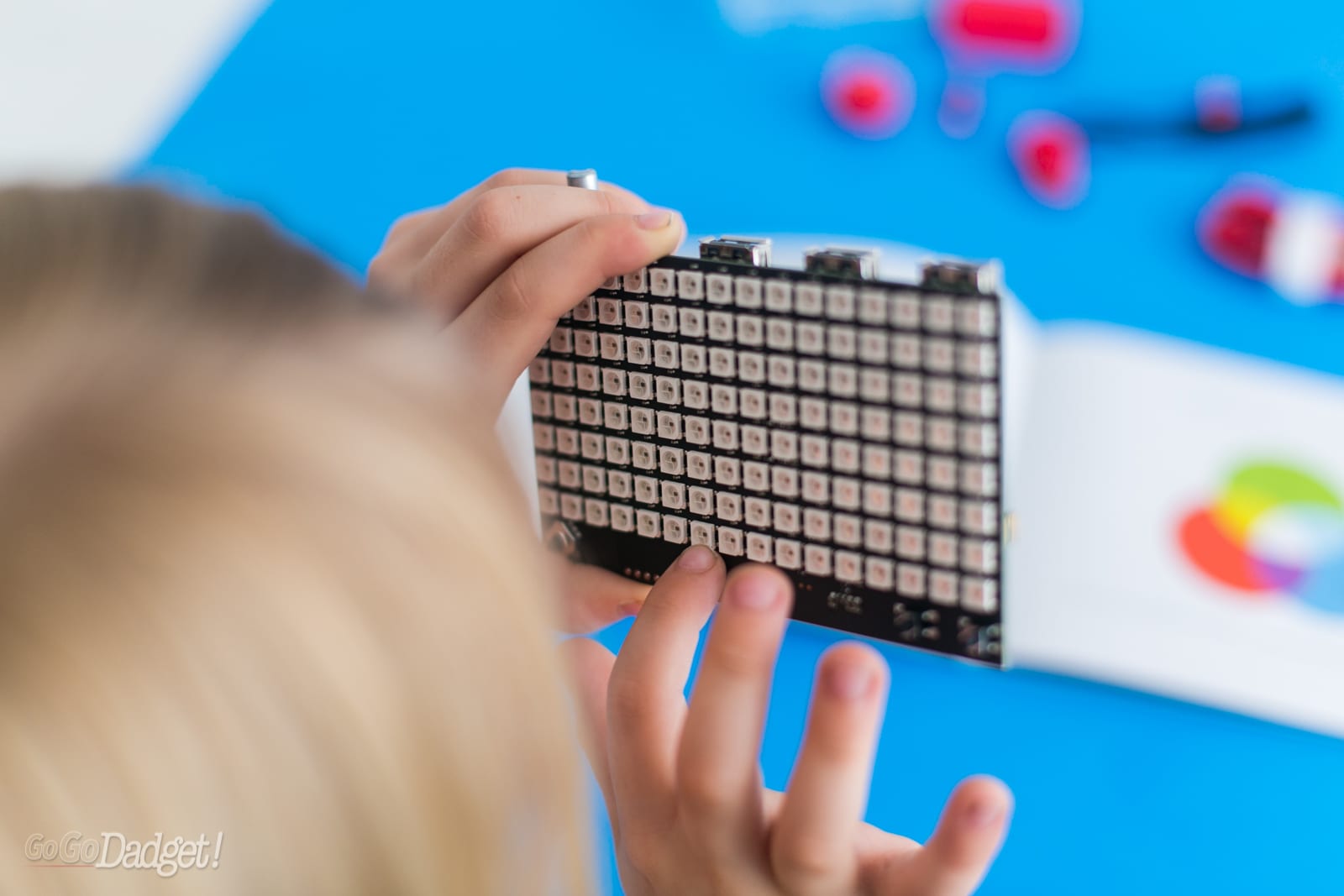 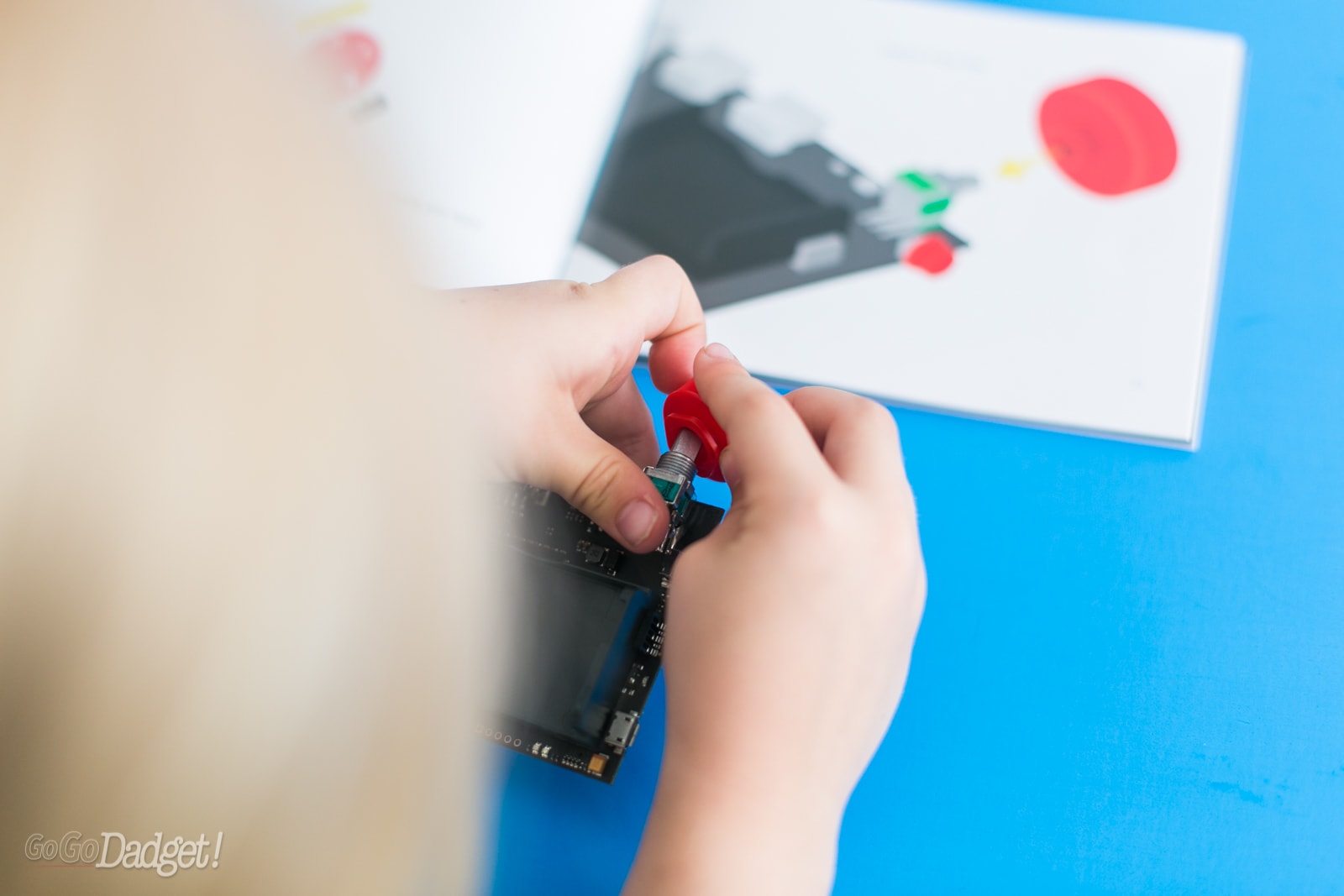 That is, up until the only issue we faced: It was extremely difficult for her to snap the battery in.

I understand when it comes to power sources, you want things to be snug, but when I gave it a go I faced the same difficulties — so much so that the port for the battery snapped off entirely from the Pixel Brain: 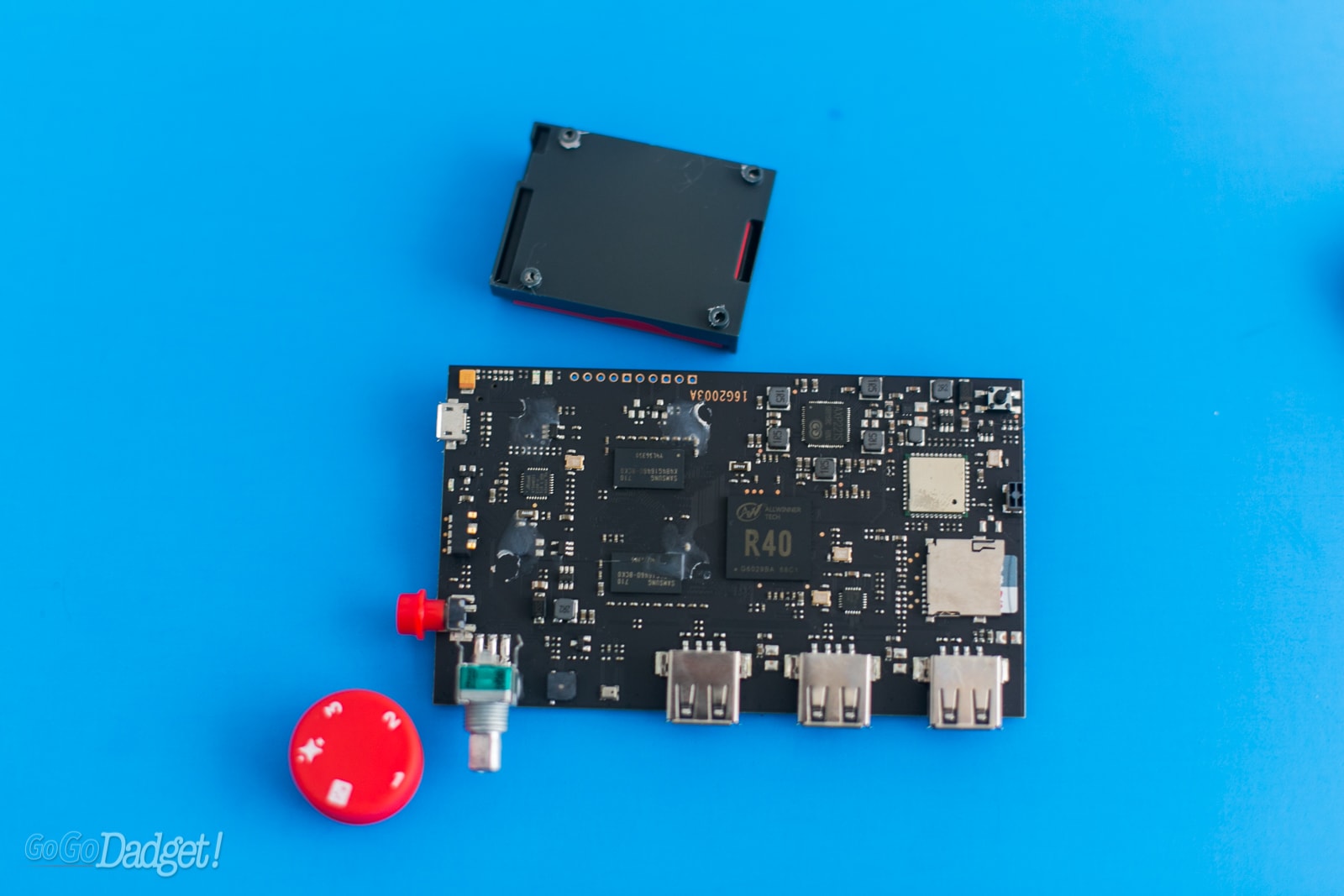 After checking if the included case would somehow hold the battery in place against the required terminals, I found that it would not and I had to run to Rite-Aid to buy some super glue. About 20 minutes later we were back in action and we have had no problems with it since. 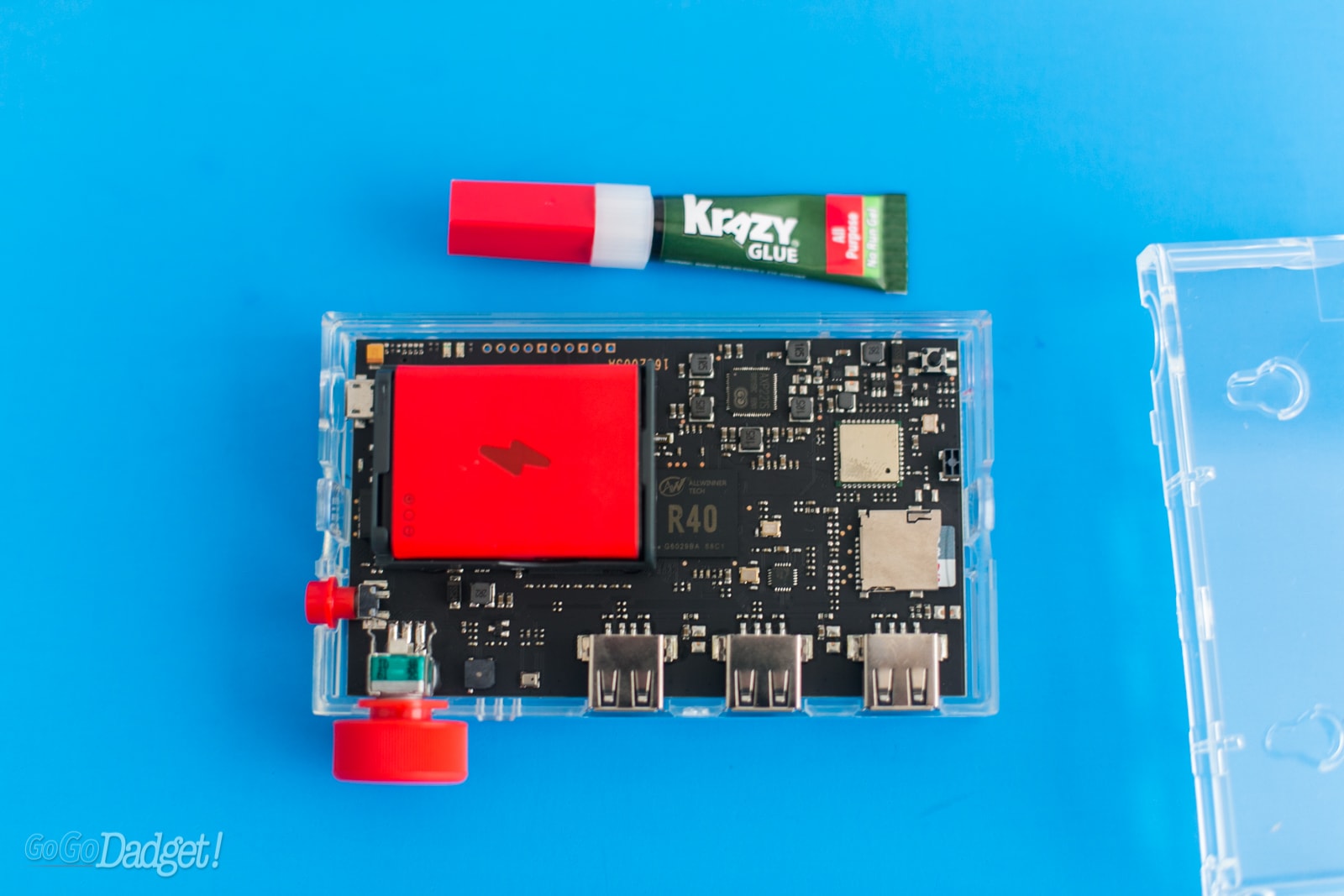 The rest of the build went smoothly, including the first few sets of programming through the app! 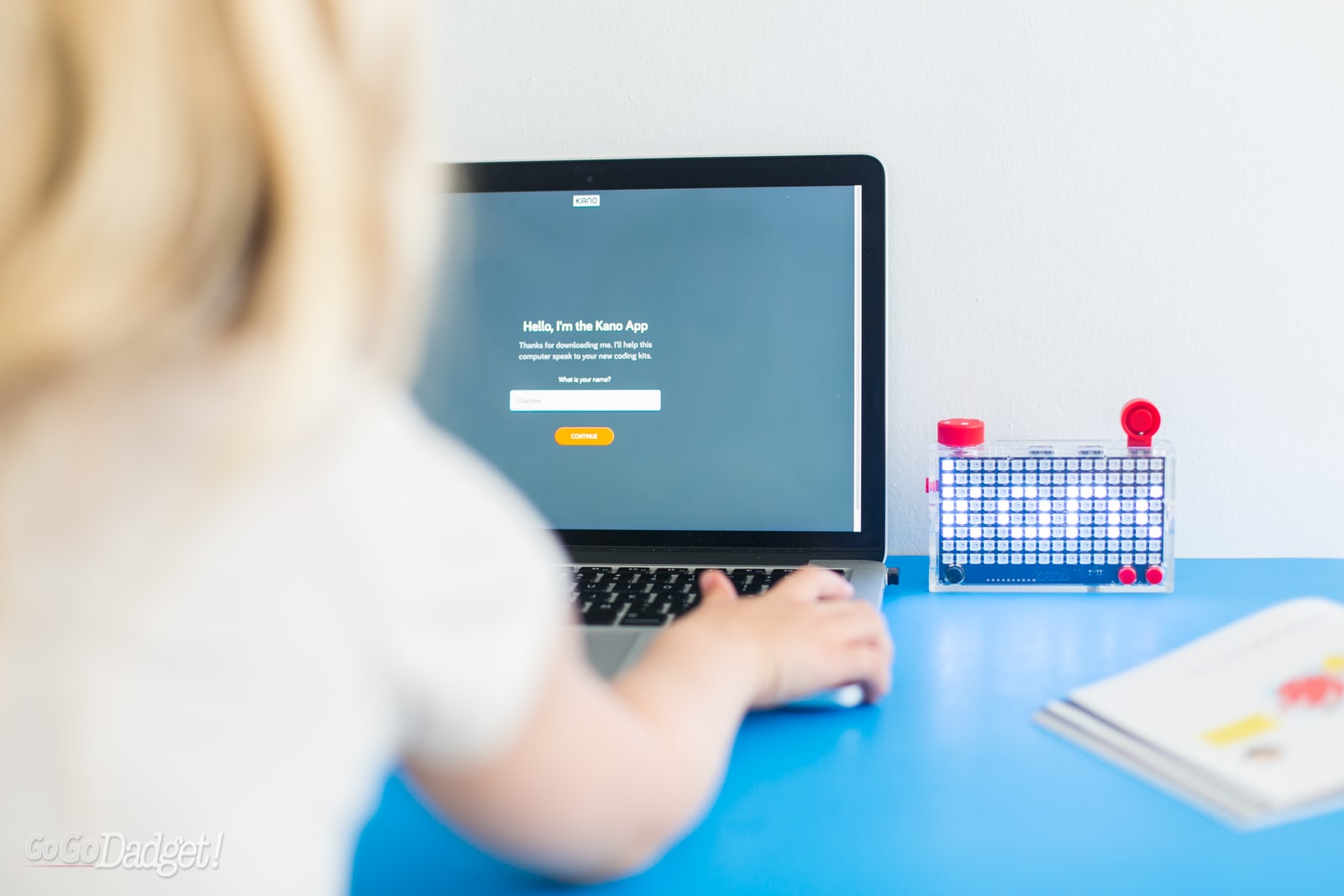 The standalone app work both on MacOS and Windows, and is very clean and easy to use. It’s a minimalist approach to presenting a programming guide, and that’s so very welcomed by noobs like us. I would read the instruction to my daughter, and she would do it, and boom — it would instantly show up on the Pixel Kit, no problem.

Charlotte was in awe at how the thing could be manipulated. 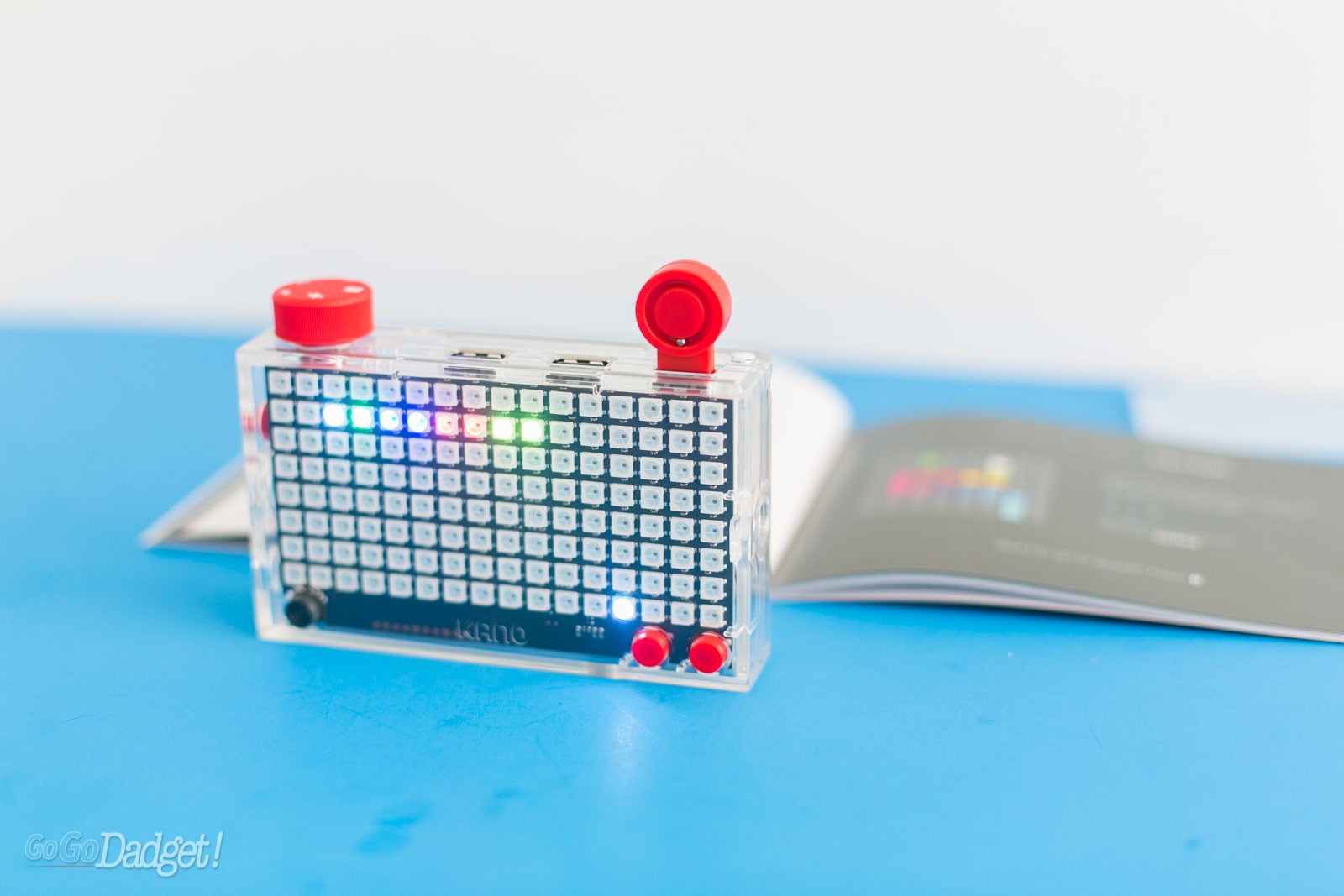 There are different modes available to you on the model wheel, including pre-installed games, visual programs, and empty slots for you to save the things you make as well. (You can store everything you make in the app beyond the 3 slots they give you for what you program.) 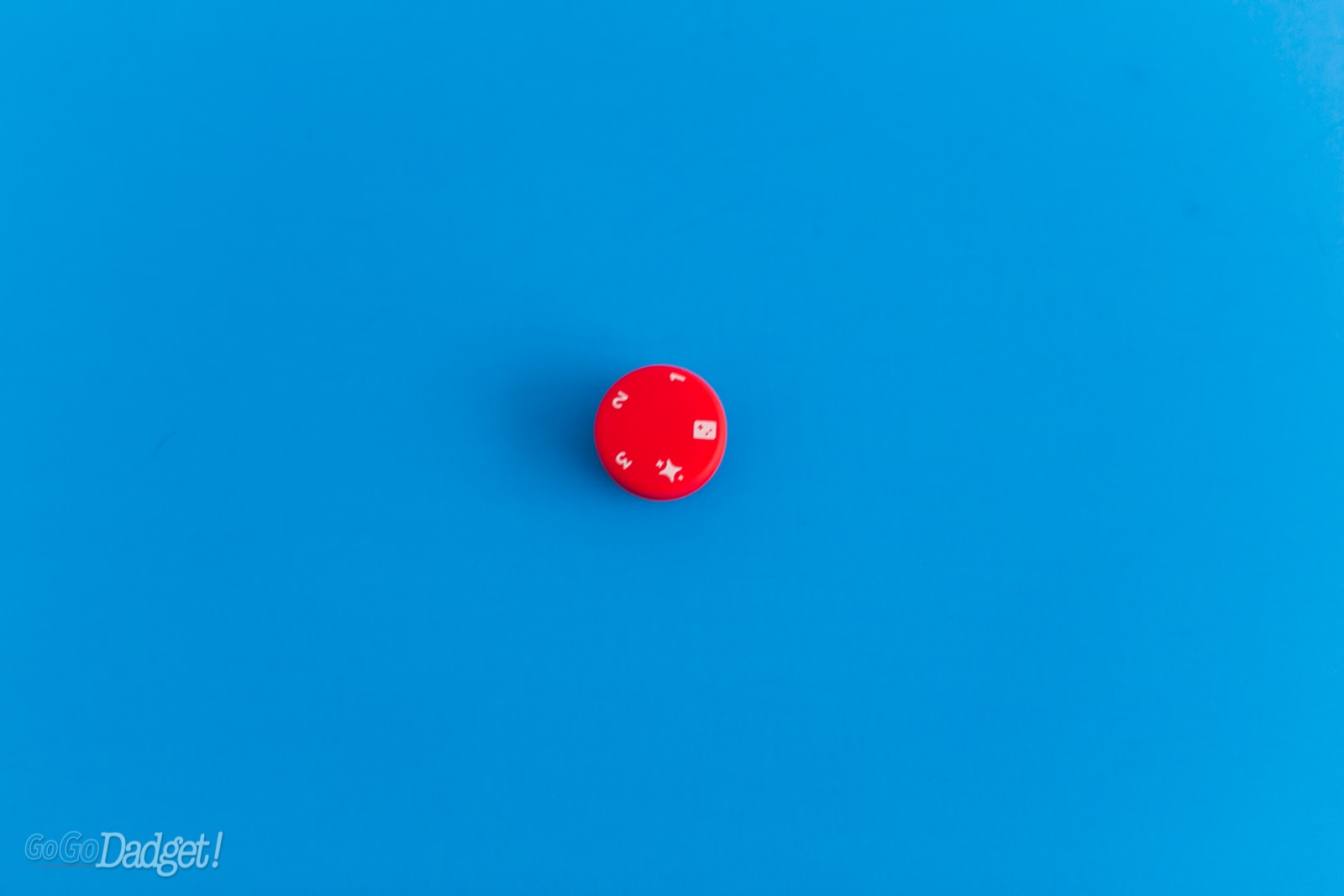 The pre-installed stuff is very impressive from the get-go, like a neat version of the brick breaker game, a sound level light show that jumps with every noise, and a rainfall-like program that changes direction with the orientation due to the Motion Sensor that was included with our Pixel Kit. 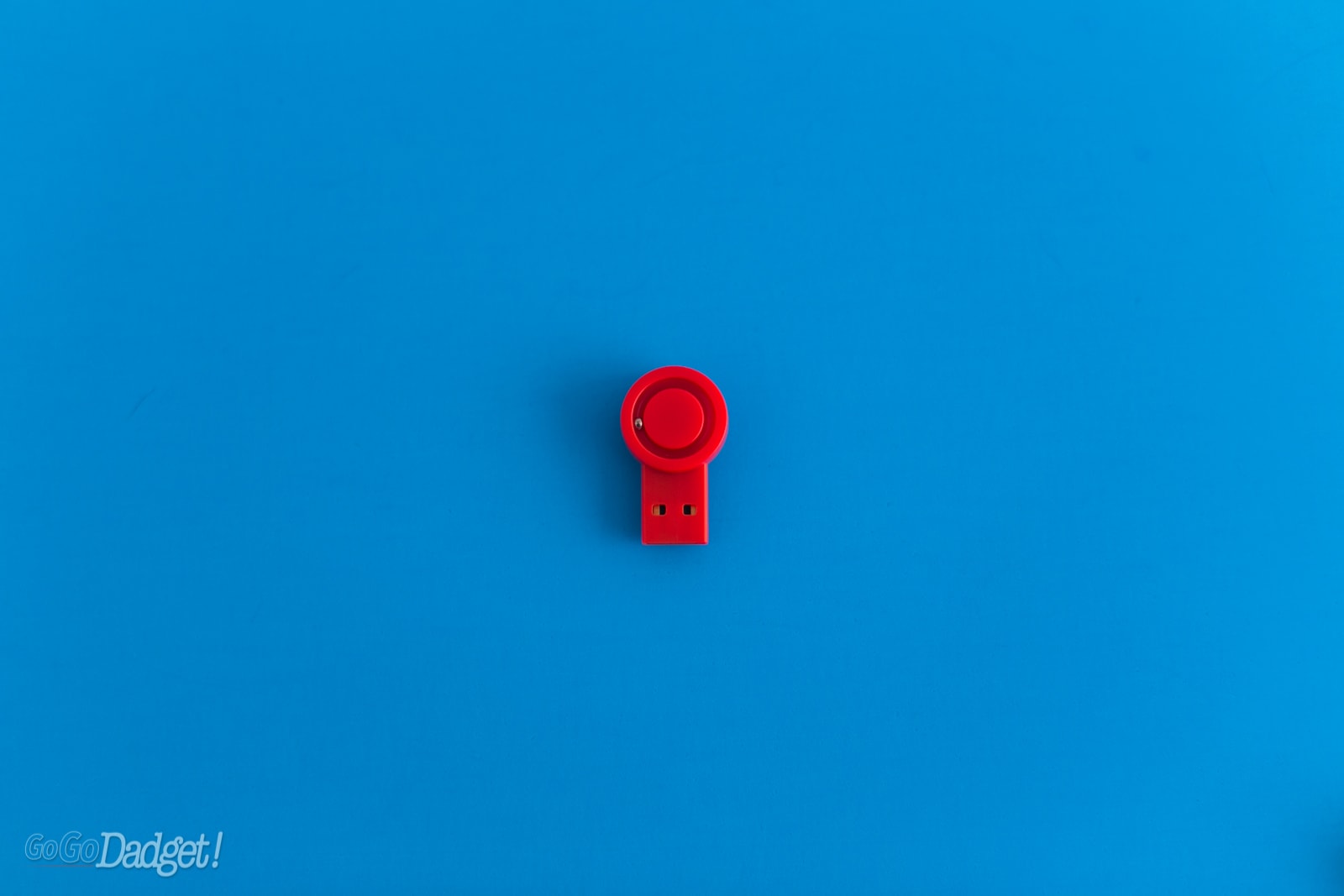 Charlotte has used the thing on car trips and to impress friends, and that’s just with the pre-installed programs.

My only gripe with the kit’s functionality is that the joystick isn’t 1:1 responsive for us, but that’s okay. We just had to get use to the lag when scrolling through programs. 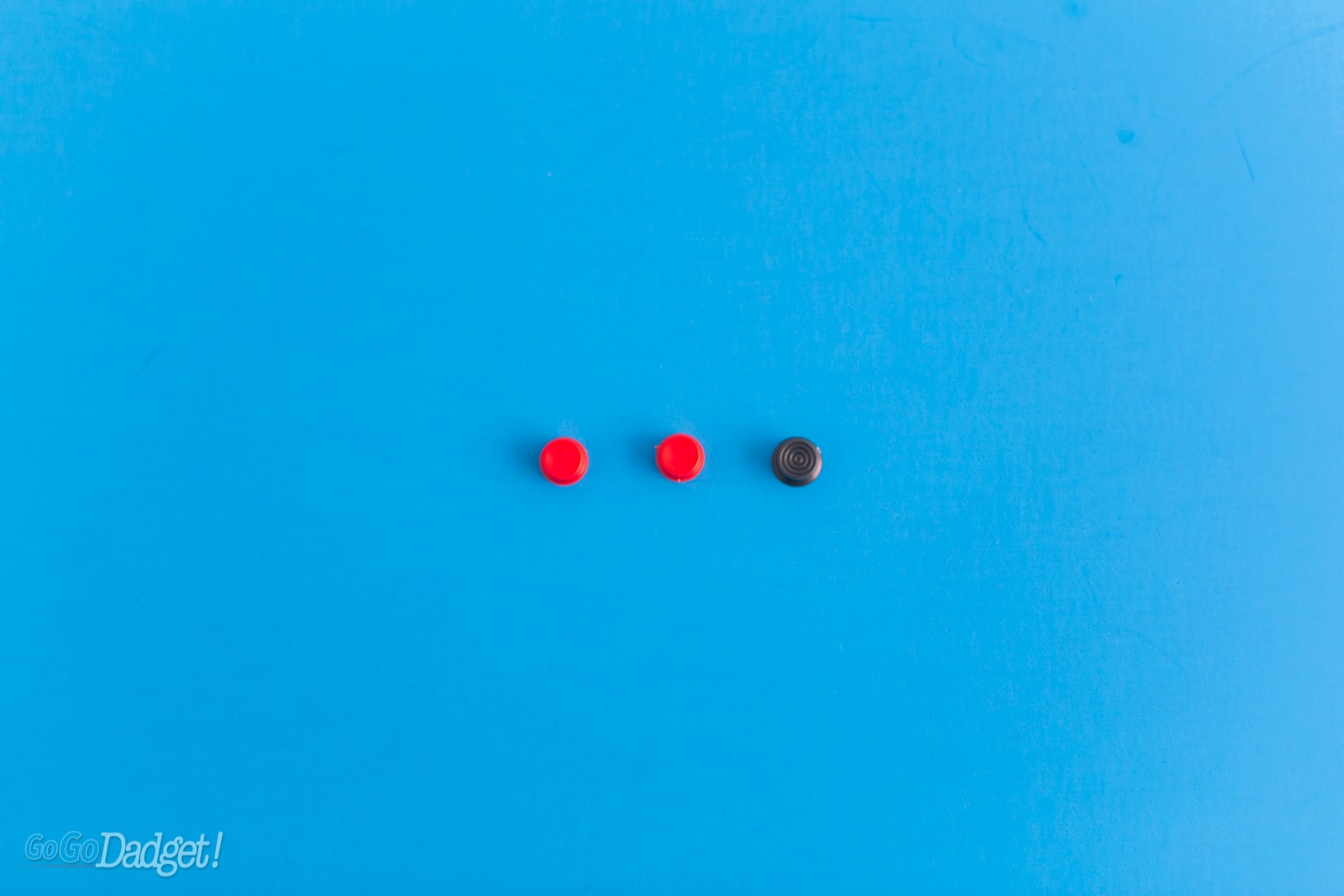 Charging the Pixel is also quick and painless with the included micro USB cable, and Charlie has gotten hours out of it before it needed juice. 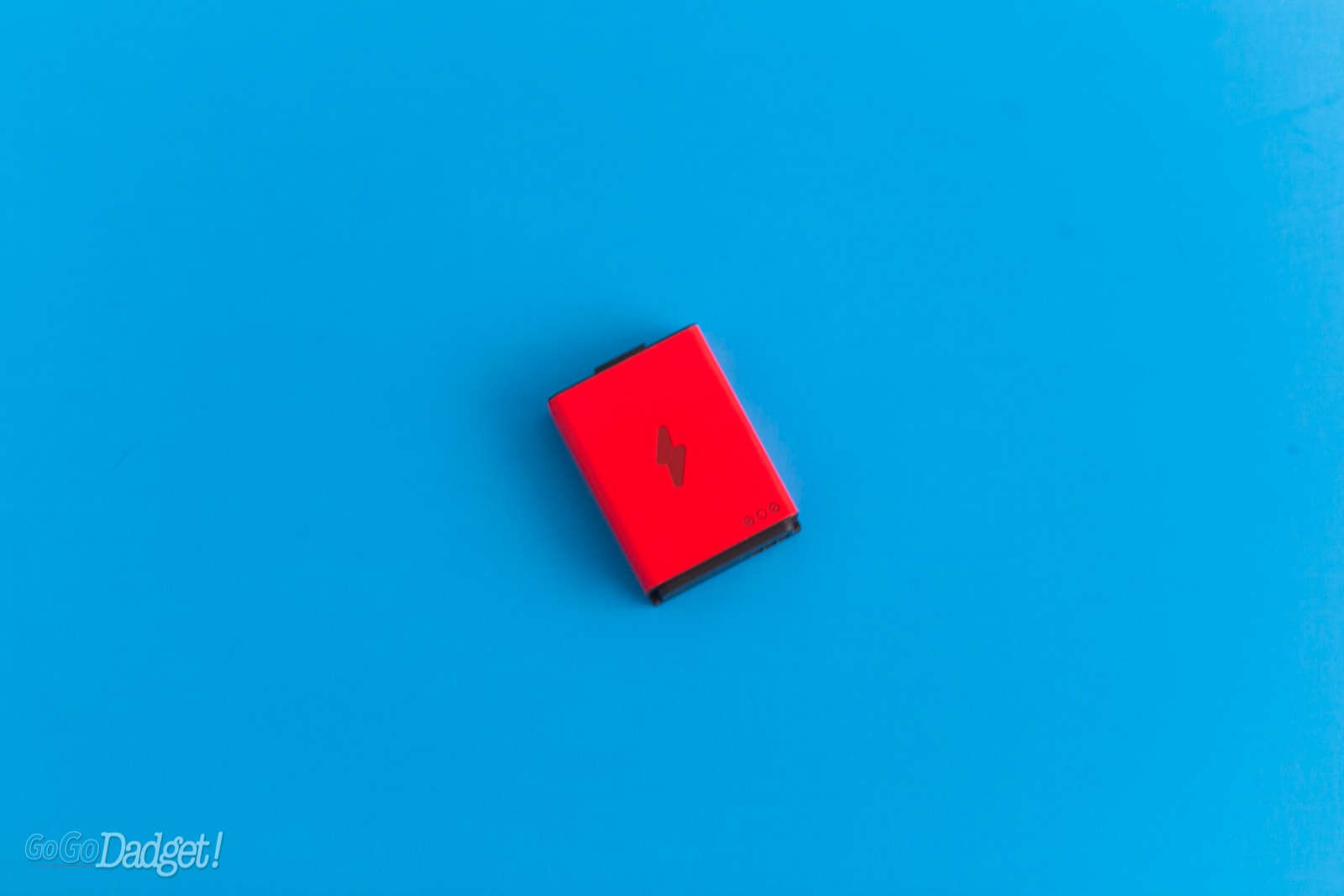 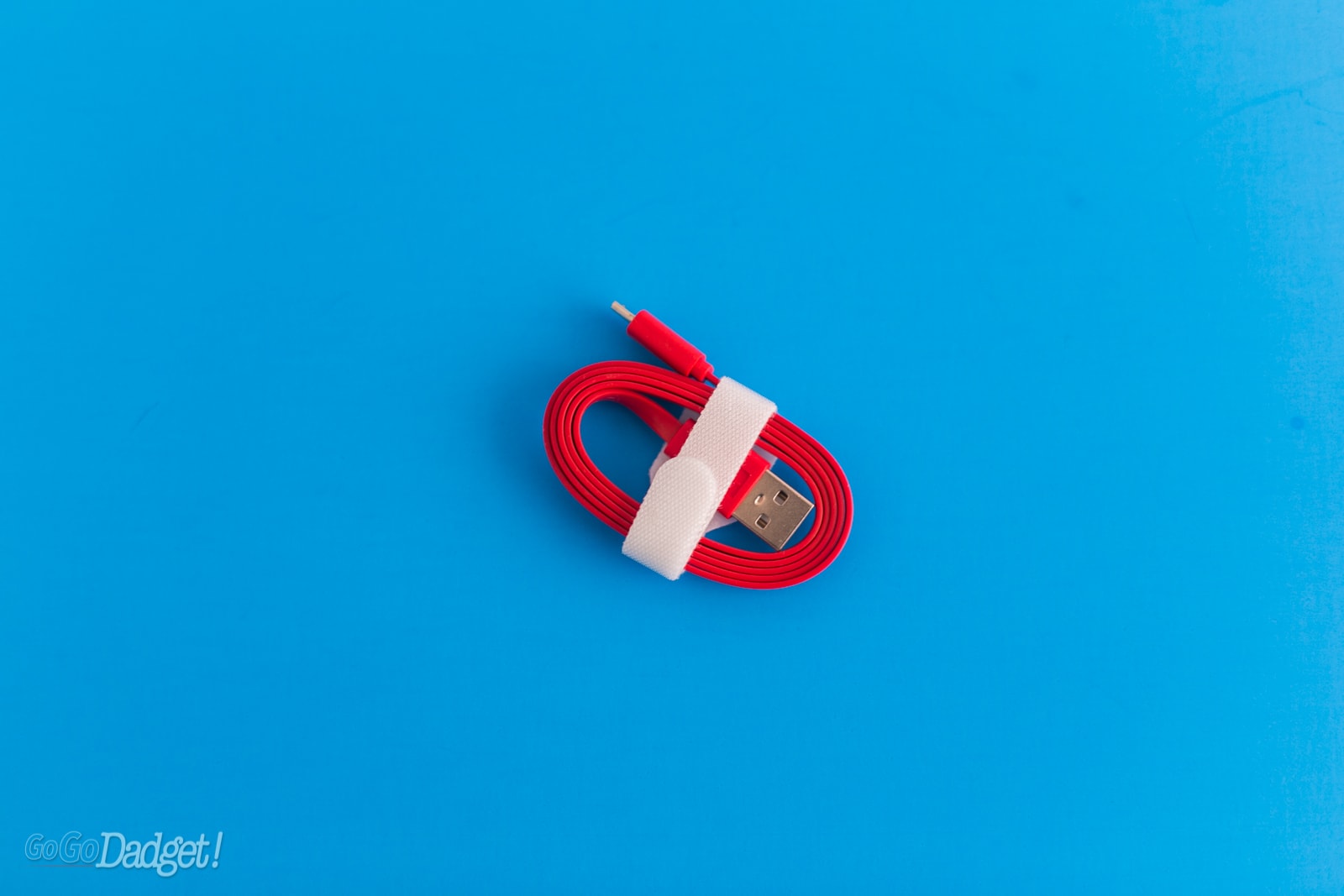 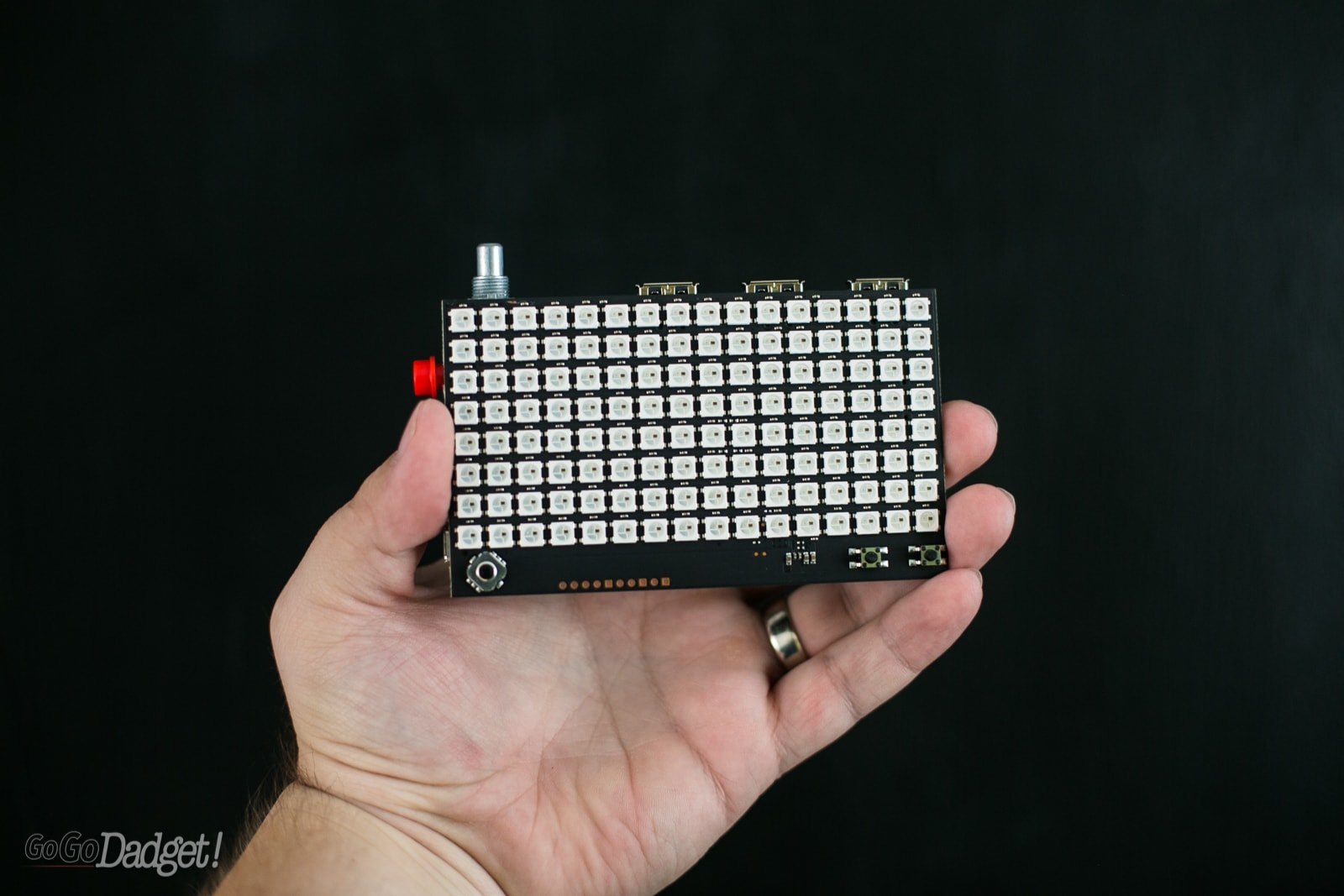 For $75 (at the time of writing this), you get everything I mentioned, plus the experience of building it. The app is free, and you can even load other people’s programs onto your Kit if you want, too.

Honestly, I’m not really sure what a great price point would be for something like this, but I never once thought it wouldn’t have been worth it for the experience alone. The fact that you can use and reuse it over and over, take it apart and rebuild it, and write an incredible amount of programs for it makes me think it’s worth every cent. 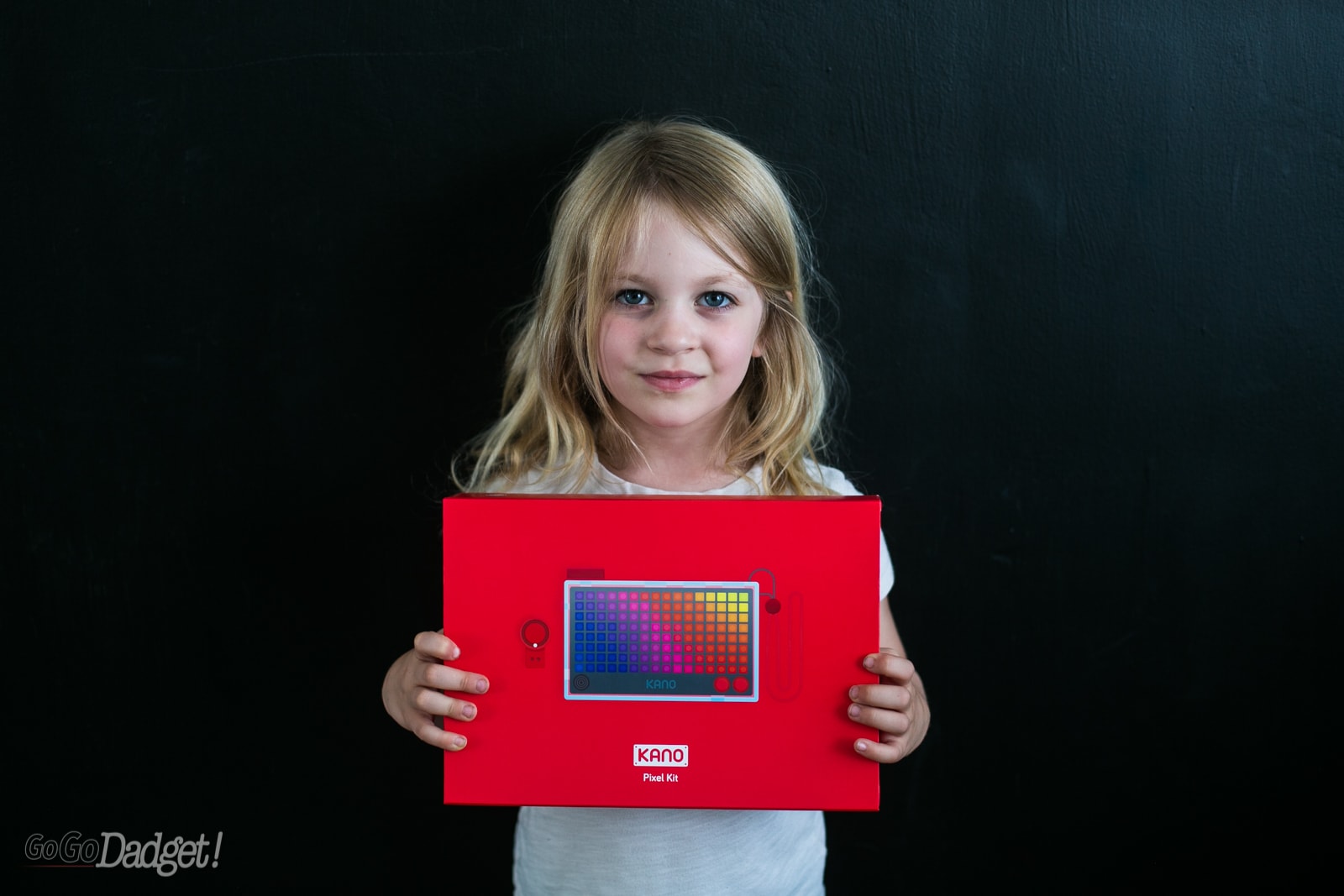 Learning is fun again, and can be breathtaking at the same time.

[Check out the GoGoDadget review of the Kano Computer Kit right here!]