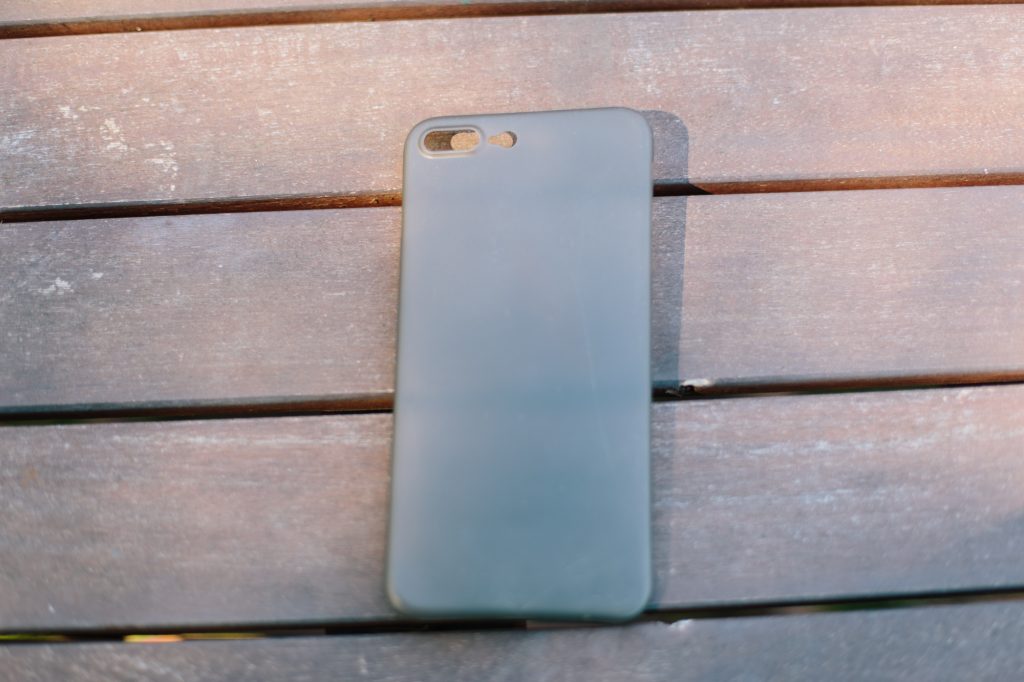 I’m a purist. I wish I could use my phones as-is and never hide their gorgeous designs with cases. But on top of being a purist, I’m a dad, and not having a case isn’t an option for me as we all know a child’s hands are simultaneously the stickiest and the slickest surfaces on the planet.

So I always look for cases for my phones that are thin enough to show off the device’s design while offering protections.

With the Peel Super-Thin iPhone 7 Plus case, it’s a mixed bag.

This phone case is sleek as hell, because it’s almost just the phone itself as it’s so thin. It has a slight texture to it too, which offers good grip, and it slid in and out of my pocket with ease. The precision cut holes for the camera (the case is raised enough to prevent lens scratching), buttons, and speakers are exact and wonderful. It’s also easy to install, but a little tough to take off (as you feel like you’re about to break it).

The lack of branding is a minimalist’s dream, and you can still see a hint of your phone’s logo on the back to boot. It’s almost the perfect case…

… except it’s so thin if offers almost no protection at all from falls. It’s just a super thin piece of plastic, and it feels that way. It will protect mostly against scratches, but the case itself does not rise high enough on the front to keep your screen from scratching if your device is face-down. They actually sell a solution for this, a glass screen protector that curves with the glass.

It’s a minimalist’s dream, like I said, and very handsome. The lack of branding and the ability to show off your device’s intended design is wonderful.

The downside, however, is that it offers the bare minimum in the form of actual protection. You’ll get a fight against surface scratches, but no drop cushioning. As a dad, that’s terrifying. I rocked the case for two weeks and was terrified every time I handed one of my kids the phone for videos.

But if you put look above all else, you can snag one right here for $24.99 (at the time of writing this).