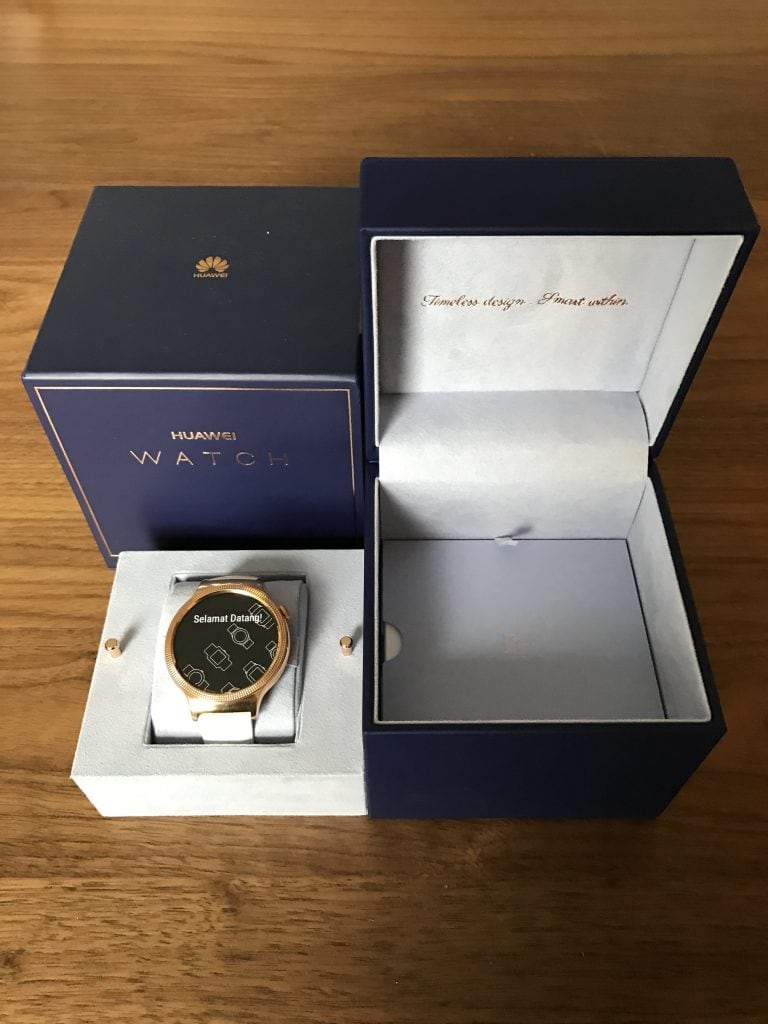 I actually reviewed the original Huawei Watch back in the beginning of 2016 for a different site, and I absolutely loved it. I wore the thing the entire time I was at CES and never had any issues, performance or fitness tracking-wise.

That’s not the case for women-geared version of the watch, The Huawei Watch Elegant, and I honestly can’t figure out why it was such a different experience. It has the same guts, the same screen, and between the last time I reviewed a Huawei Watch and now there should have been plenty of bug-fixing updates to the point where stuff should be flawless at this point.

Instead, what we encountered (I had my wife wear the watch initially, as it’s marketed and geared towards women) was a whole bunch of lag and a battery that drained in hours, instead of lasting the promised 1.5 days.

It was disappointing. But let’s take a deeper look, anyway. 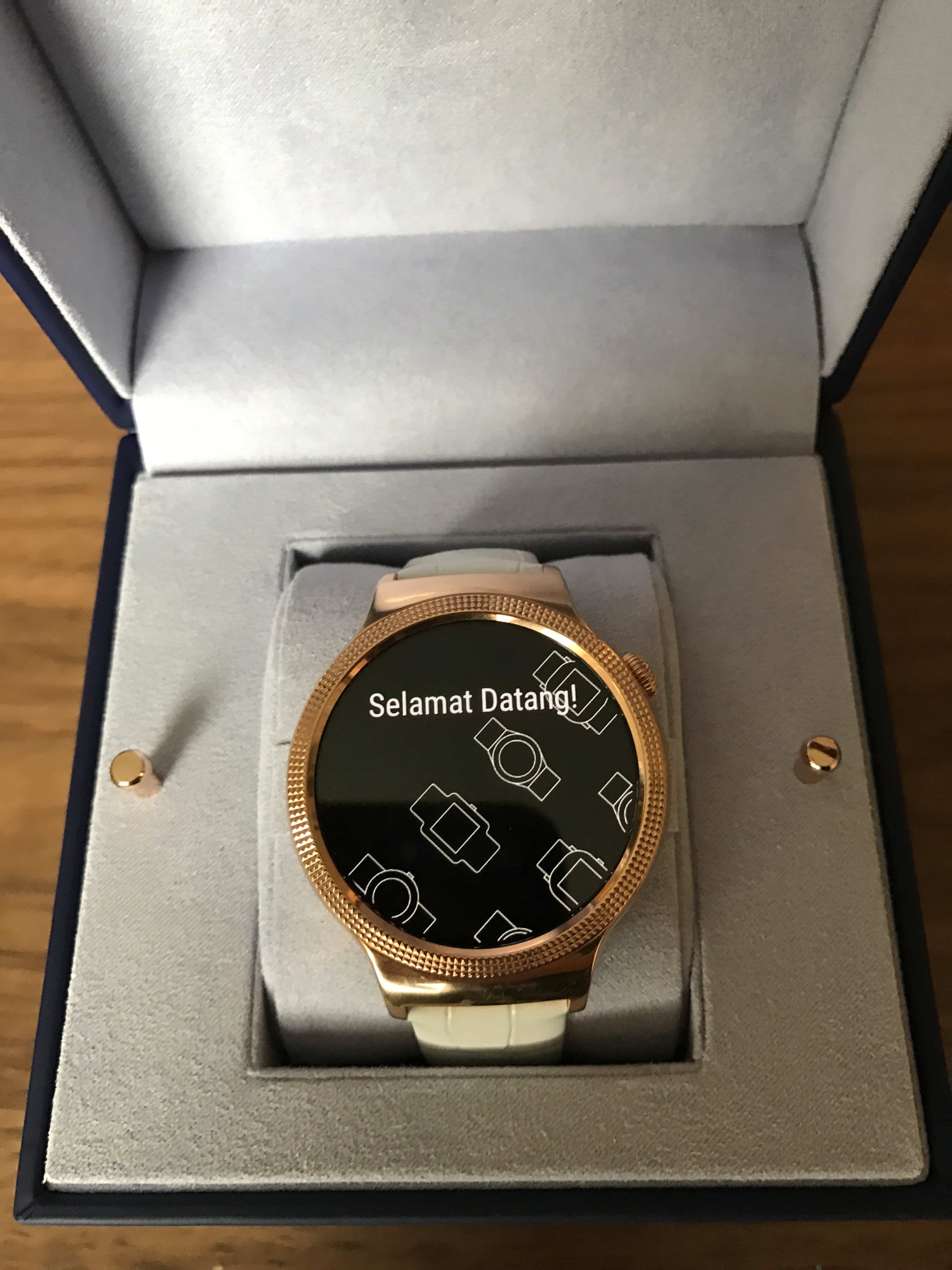 The Huawei Watch Elegant is a stunner. Even though it might be a little thick for some tastes, the rose gold-plated stainless steel and details in the bezel are gorgeous. My wife even noted this as I handed it to her, “Oh, it’s prettier than I expected.” Also, as a side note, I pretended that I got her an early Christmas gift (she was suspect from the beginning) when I gave her the box, and she didn’t believe me at all. What’s that all about?

The Huawei Watch Elegant is just as comfortable as the original Huawei watch, but my wife’s only complaint about the design (which was one I had originally too), was that the button on the side of the watch was easily triggered with a bend of the wrist, which is something that we do all the time when dealing with kids — getting up from the floor, picking up the little ones, tidying up, pushing the stroller, you name it.

The white band was nice and comfortable too, but nothing to write home about. 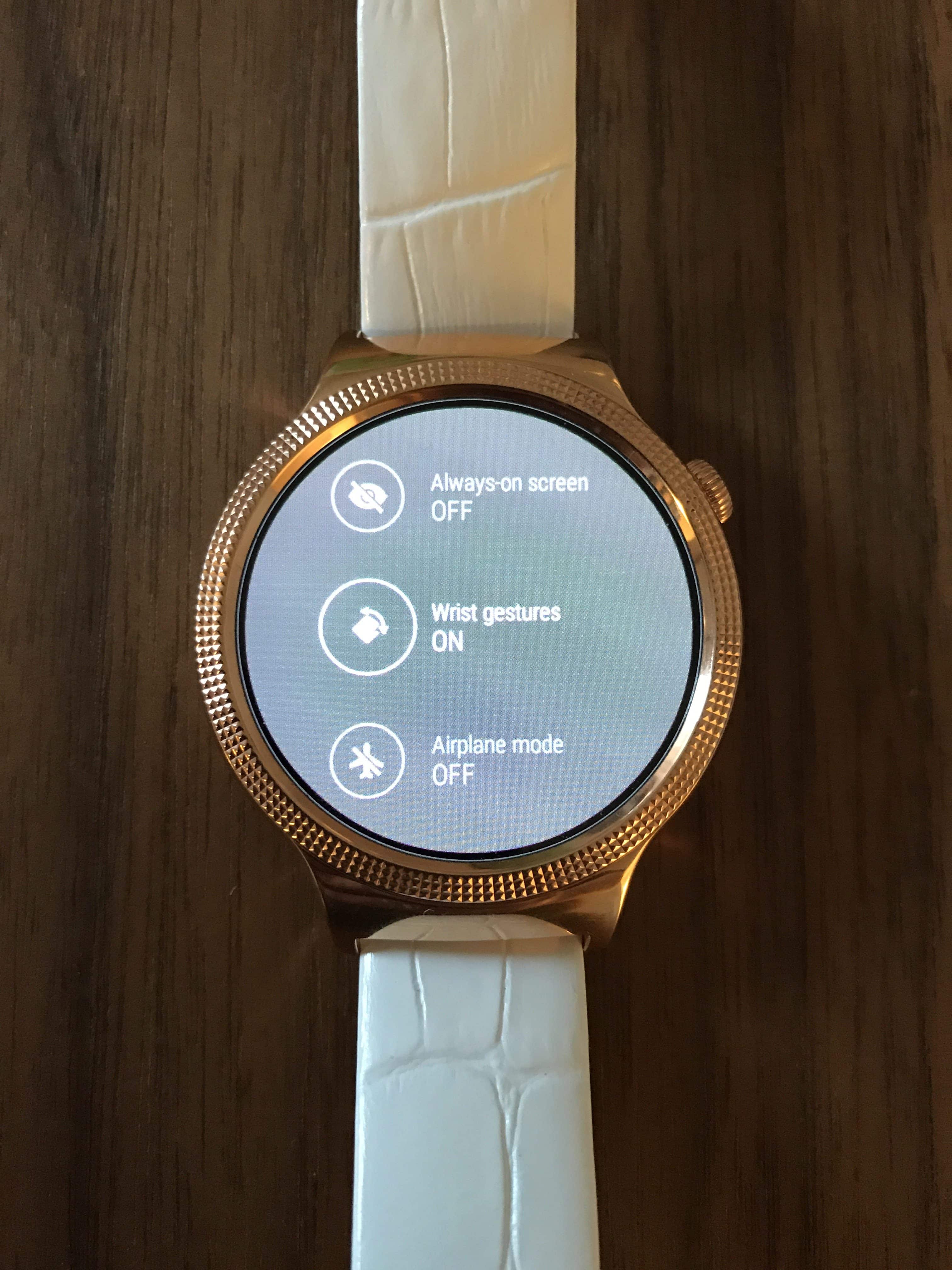 Man, I wish things had worked better for us. I even went through the process of factory-setting the device and setting it up from scratch twice, but each time just resulted in a tremendous amount of lag when switching through screens, and terrible battery life. I have no idea if I received a defective unit as it was like night and day with my last experience, but the device was borderline unusable.

When it did work, it tracked steps well and delivered notifications, calls, and alerts from my wife’s iPhone 7 Plus. It just didn’t do it for long as the battery died so quickly.
Navigation was intuitive, even if laggy.

Syncing with the Android Wear app from the App Store was easy and setup was a breeze. On top of this, it was nice to see a larger amount of watch faces available than when I took the original watch for a spin last year. Selecting and sending them to the device was simple, so the app definitely served its purpose. 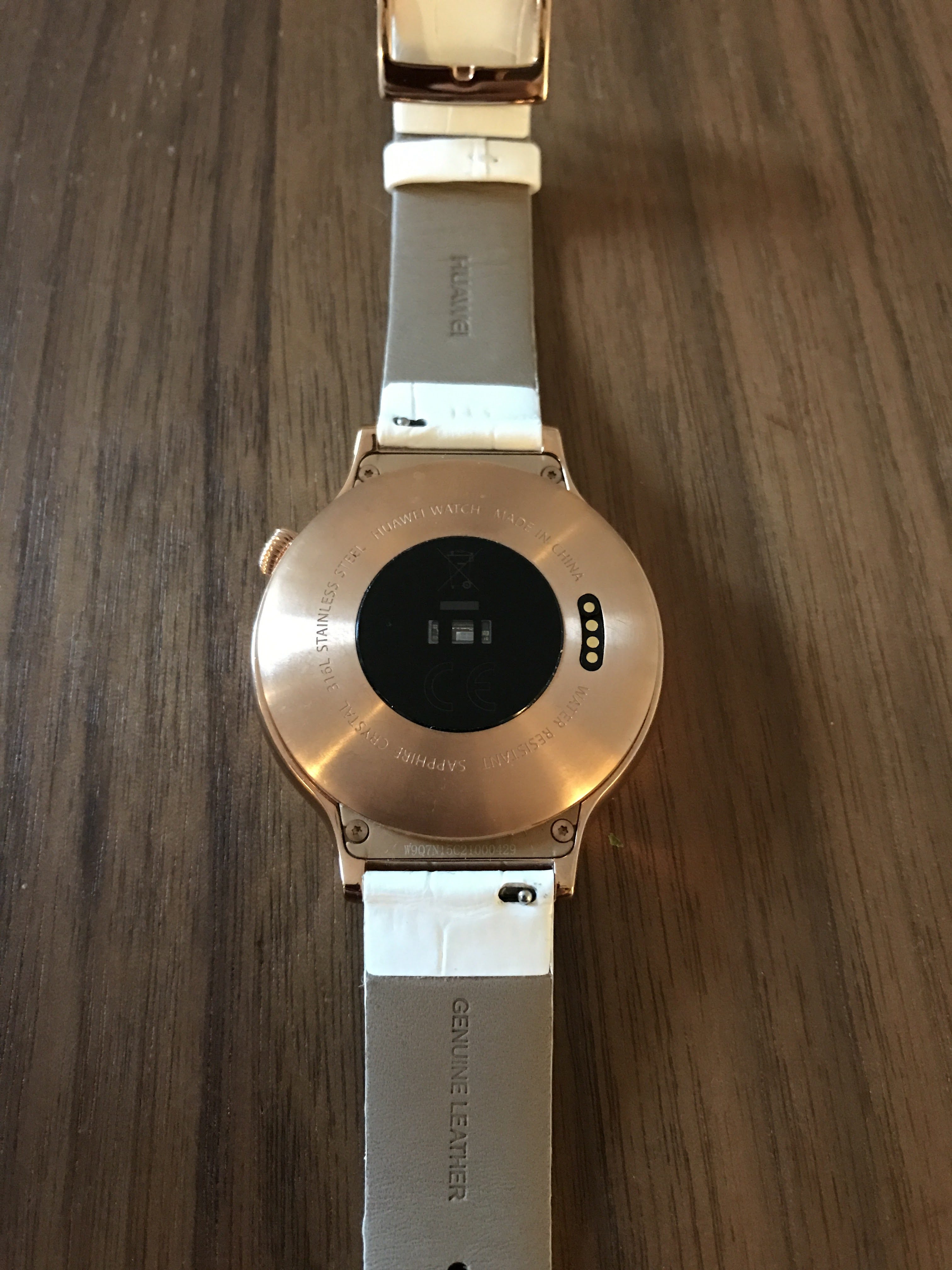 Honestly, disappointment. It’s tough to recommend something like this when we had so many issues with it, and on top of that, while the physical design is gorgeous, we felt like we had to baby the device from harm. That means as a parent, you’ll worry about scuffs and blemishes if you’re playing hard with your kids.

And at $299.99 (currently on Amazon), that’s a pretty steep price tag too for a non-essential piece of tech. It just doesn’t enhance the life of a parent enough to justify the price tag.

I say skip it, but hopefully we’ll be getting our hands on the Huawei Watch 2 soon, which comes with Android Wear 2 and (hopefully) better performance. Wait for that, if anything.