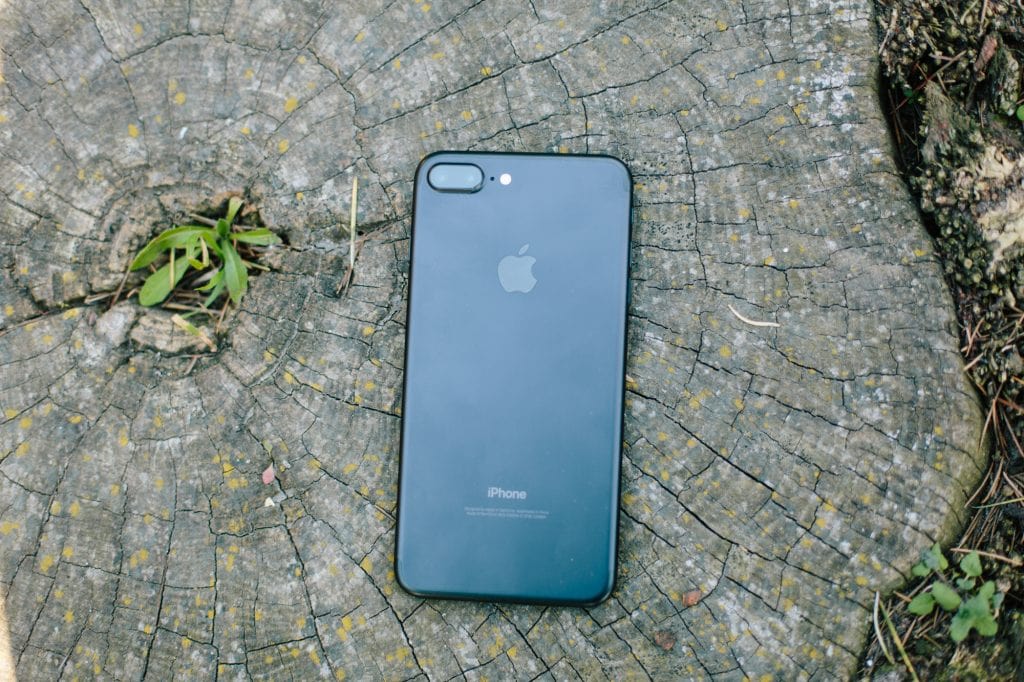 Wow, yeah, I know. The iPhone 7 / iPhone 7 Plus came out last year. Well guess what? This site didn’t exist last year and I need content. So if you’ve been on the fence about upgrading, and you’re an average person who uses their phone for average things (and even better yet, a parent), continue reading because this is as real of a review as you’re gonna get. 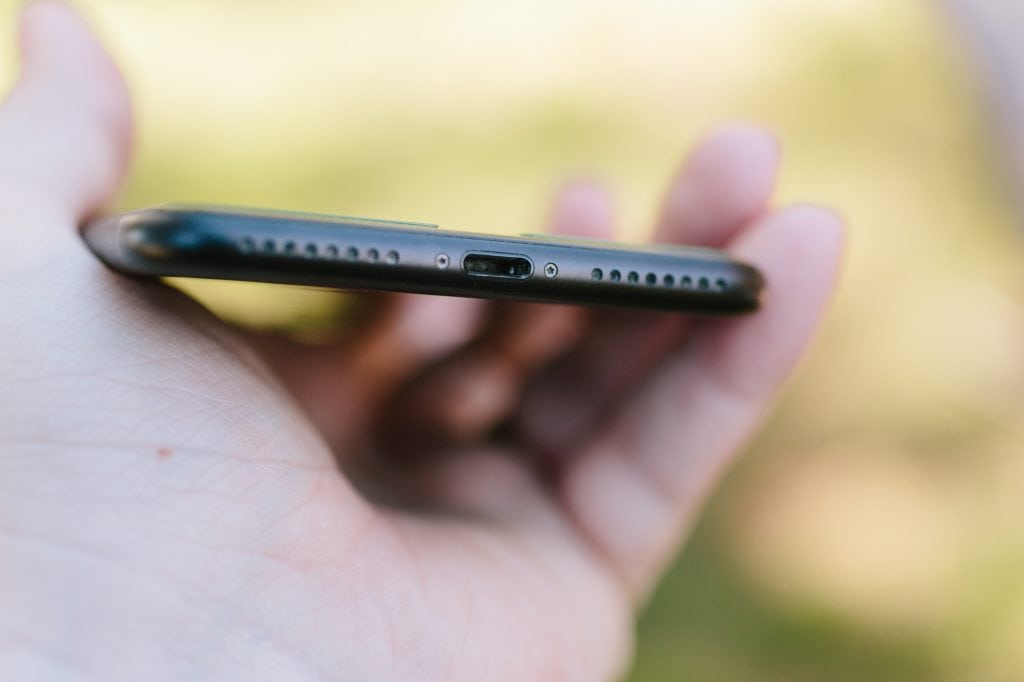 The big news here is that Apple has done away with the headphone jack. On one hand, as technology progresses, who really cares? On the other hand, at this point I have plenty of 3.5mm headphones lying around in a pinch when in a hurry to go on a walk with the family or take them someplace, and only one pair of Lightning headphones. If I lose the included adapter to plug my existing headphones into the Lightning port, I’m screwed, because half the time I can’t find anything anyway, especially if I just have one of it.

Otherwise, like I said: Who cares? I have an inexpensive bluetooth adapter in my car from MPOW that works with the phone while the iPhone is charging, and my wife’s car has bluetooth built in anyway. Most cars are coming with bluetooth installed standard nowadays anyway, so as time goes on this is going to be a smaller and smaller deal.

As for the phone itself, it’s thin and curvy, the screen is big and gorgeous (and offers better color reproduction than the 6S), and it’s not too heavy. 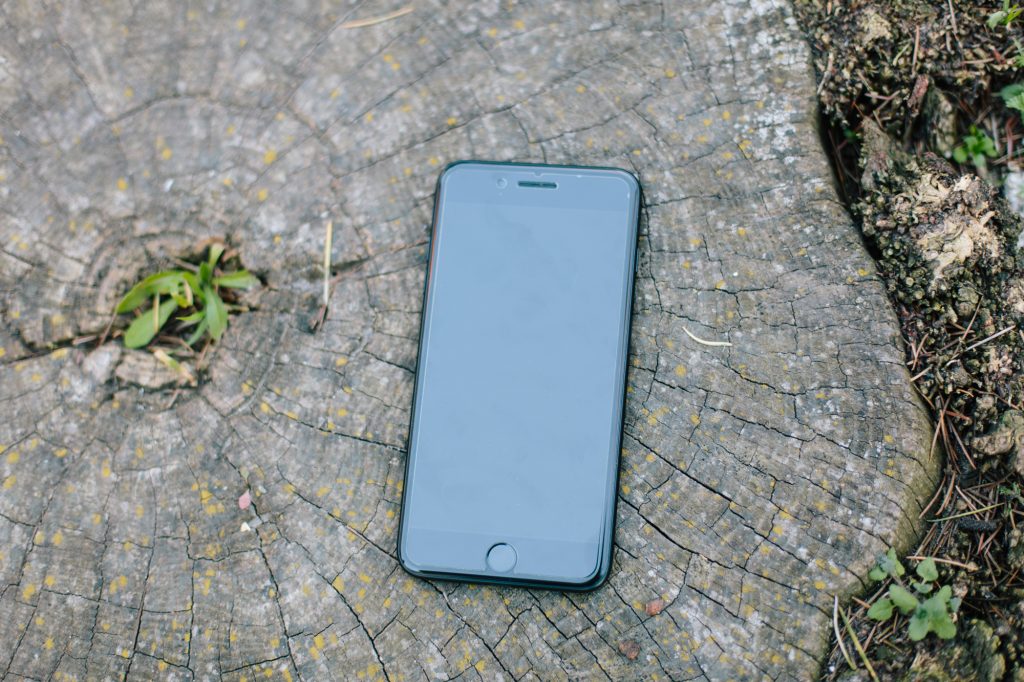 On the back is the annoying camera hump and my iPhone 7 Plus has the dual lenses. I have the matte black and it looks great. I put a case on it anyway, but for those brief, heart-stopping moments I have the case off, it’s nice enough. As a dad, cases are a necessity.

The Home button is not longer an actual button, and I saw people complaining about it and the feel, but I mean, come on. It does the same stuff, the fingerprint sensor is fast, and the force-touch vibration is tactile enough. You can even customize it! Plus, this means the phone is splash and water resistant, and that’s pretty damn great when your kids dip it in spaghetti and spill juice on it.

It also has 3D touch, which I’m not sure people actually use — I do from time to time, and it’s useful when I remember to use it.

One of my favorite things, though, is that the iPhone now has dual speakers. That means stereo sound! No longer do I have the hold the phone like an idiot to hear things, and no longer do my kids wonder why the phone suddenly gets quieter when they have their hands in the wrong position while holding it. It’s louder, and that’s great for impromptu dance parties. It’s not going to sound like your Sonos speakers, but who cares when you’re blasting the Moana soundtrack?

iOS 10 is nice enough, if not really that much different from the last few years. It’s incredibly polished and stable, and comes with some neat new iMessage effects. Honestly it just looks like iOS, and that’s kind of boring after all these years. But for the average parent, adult, human: it works. It works without many hiccups, it’s intuitive, and that’s all they need. Customization might be for crazy people and Android-lovers, but for iOS users they don’t really want or need to think about it, and iOS 10 delivers.

Also, full disclosure: I’m part of the iOS beta program, so some of my builds are less stable than the official releases, but for the most part it’s all the same. Plus my wife doesn’t do that shit so I can always test things on her phone too.

The one really, truly, absolutely great thing I love about the software for the iPhone 7 Plus specifically is the new Portrait Mode in the camera. It gives you a beautiful and professional bokeh effect using the dual lenses and fast software rendering. The pictures are stunning, and when you can make your kids sit still long enough, it’s almost worth leaving that DSLR at home. My wife is a professional photographer and even she was impressed with it. 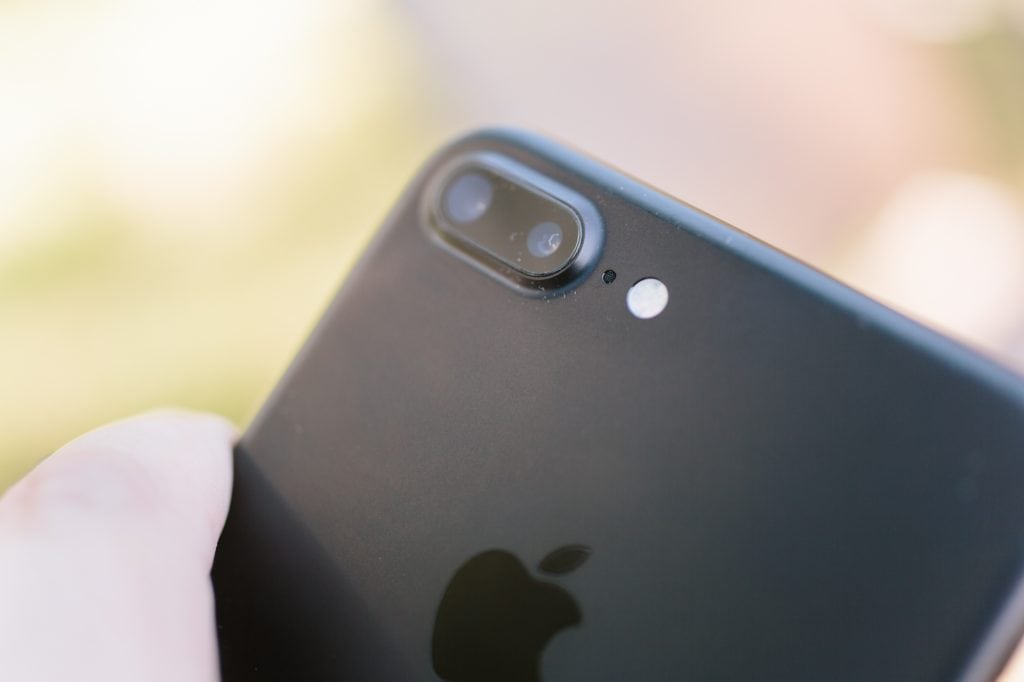 The dual lenses are great, and it’s the one true reason to go for the iPhone 7 Plus over the basic 7 (The other reasons? The bigger screen and the bigger battery.). The zooming when switching to the telephoto lens is very much welcomed, and I mentioned the cool-ass bokeh stuff you can do with it too: 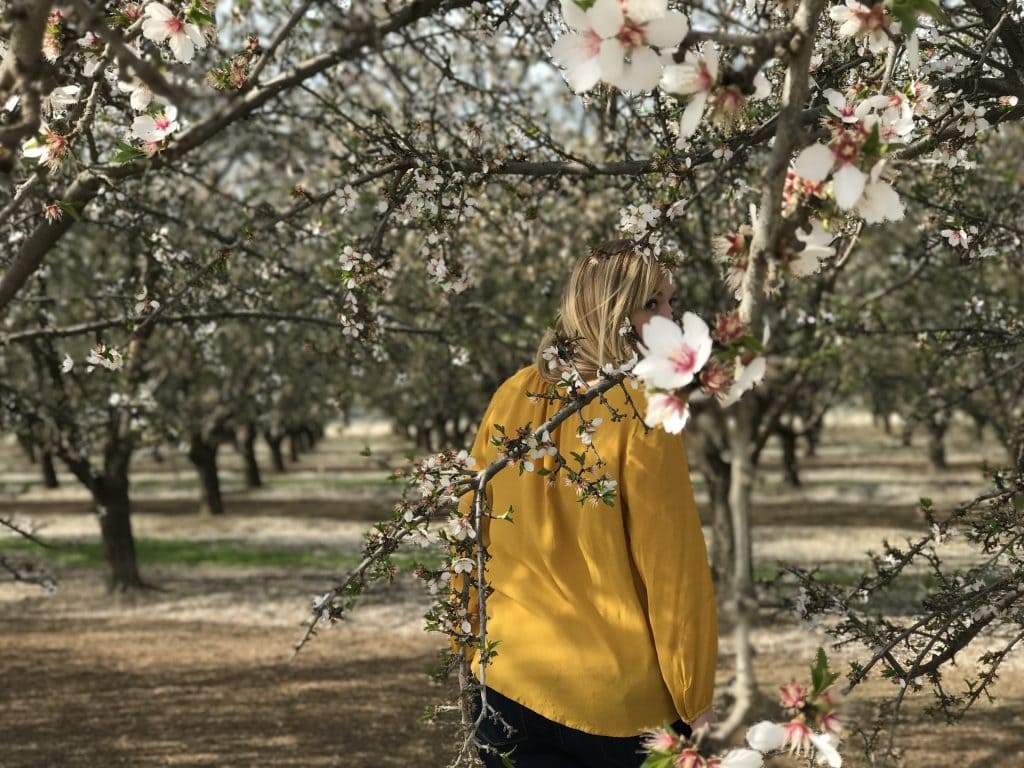 Otherwise, everything about the camera feels familiar. It takes fast, great shots (hello, optical image stabilization) — which is necessary when your subjects are running around like maniacs, or if you get a moment to capture the scene around you as you’re taking it all in.

Here are some examples (none have been retouched, including the bokeh shot above): 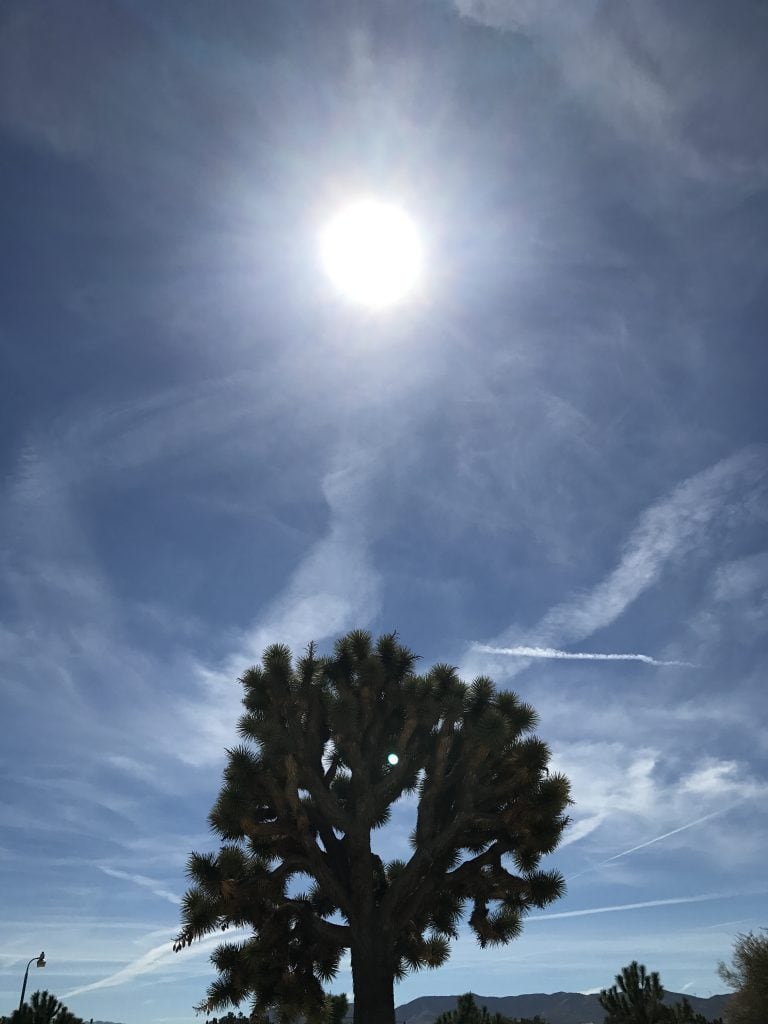 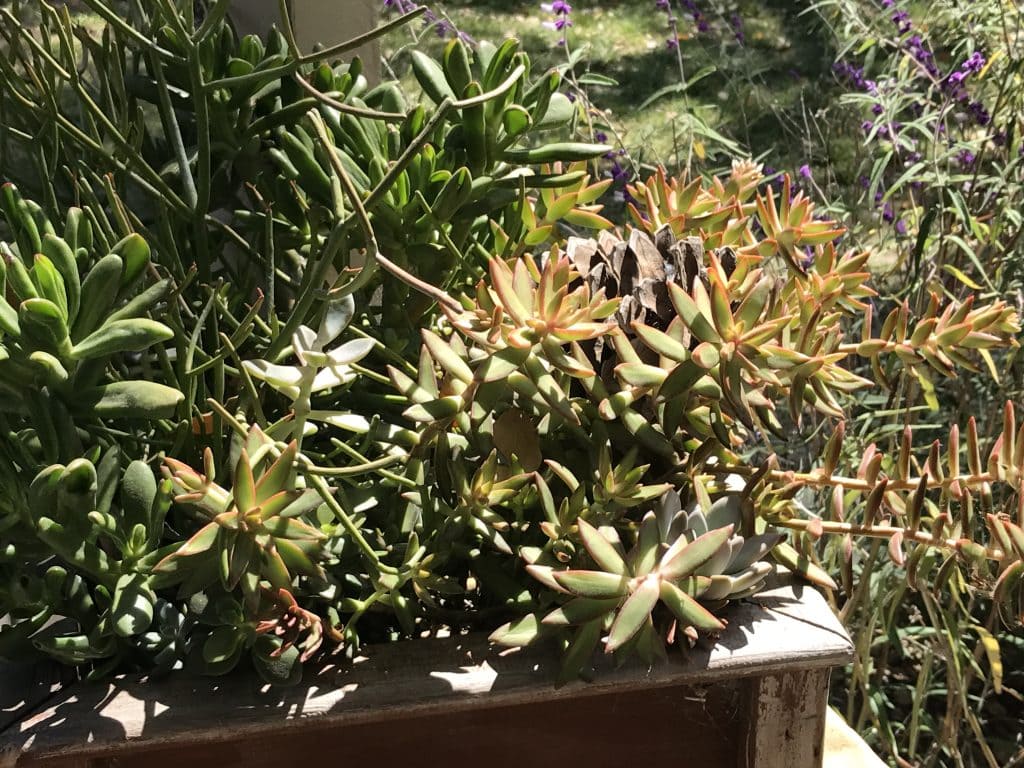 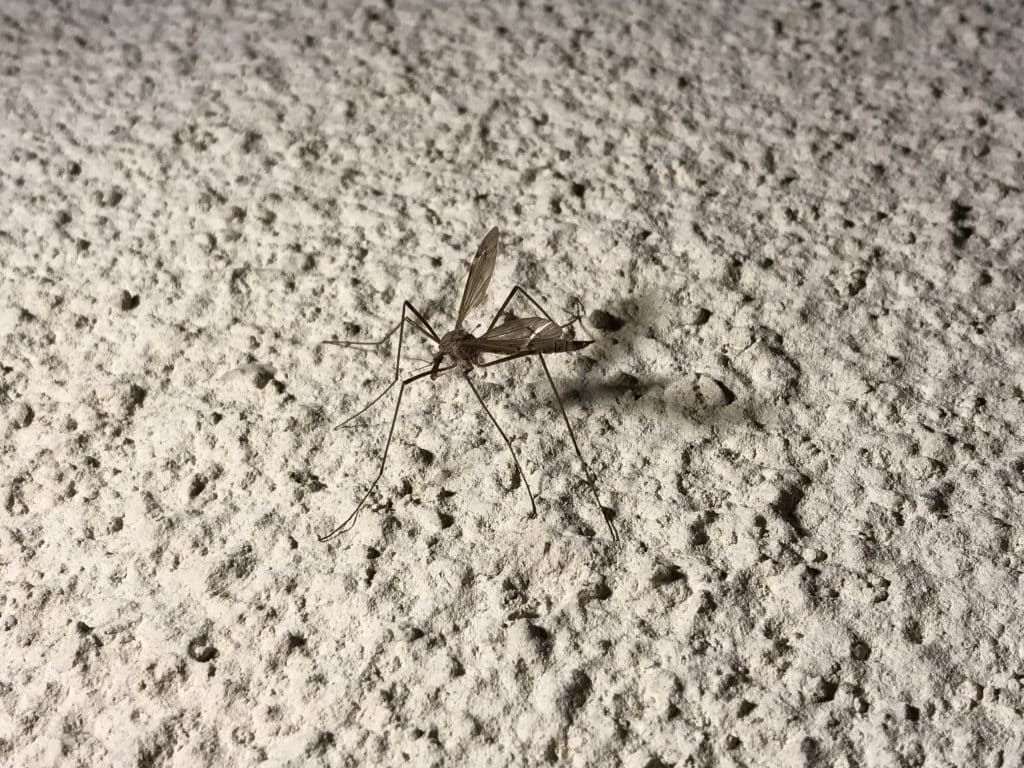 The 4K video is also beautiful, and the phone does great in low light.

The Plus versions of the iPhone have had larger batteries than their counterparts, and it’s worth it. I easily get more than a day’s use out of my phone, and that’s with heavy use. It also charges relatively quickly, though I do hope the rumors are true and a USB-C switch is in the future, so hopefully quick charging is a feature down the road. Or wireless charging, even though it seems like the tech-elite like to balk at it.
I just think it’s convenient, even if it’s slower.

The WiFi is great, it rarely struggles in this old faraday cage-like house of mine, and it connects to the faster 5G band we have. The LTE is also speedy on T-Mobile’s network here in L.A. No complaints here. 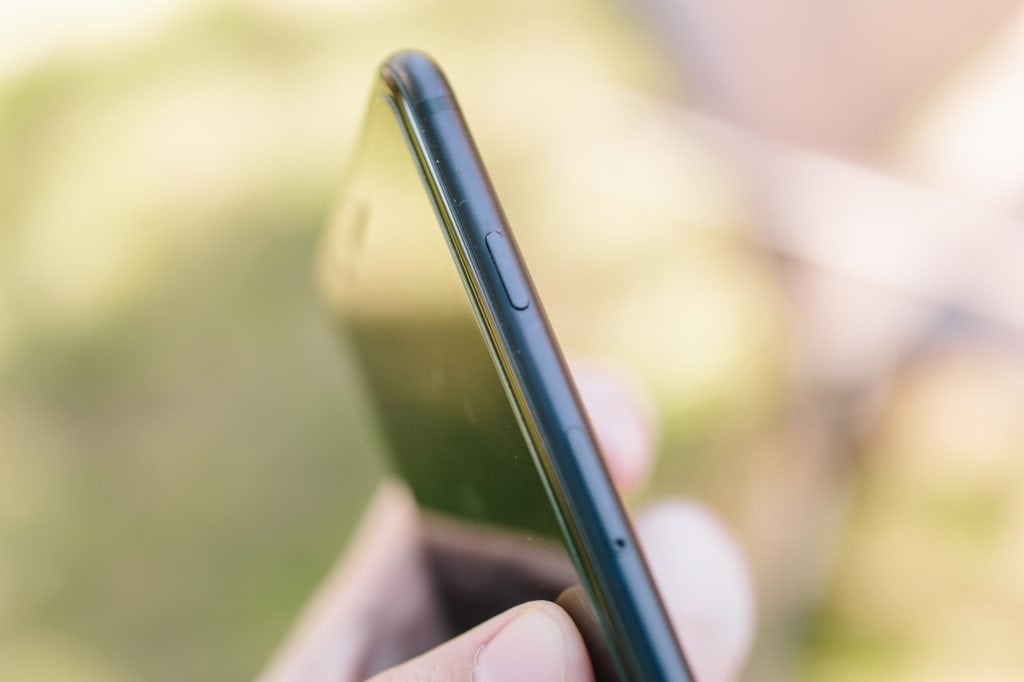 Look, you’re not going to find a much better phone out there, Android or not. With the iPhone and iOS, you get stability and ease. Everything just works and there isn’t much fuss over it.

The phone’s design and the design of iOS is kind of boring, but the average person won’t complain. It’s more out-of-sight, out-of-mind, you know? The headphone jack is gone, but as time goes on that’ll matter less and less, and at least they threw in an adapter to make your old headphones work. The iPhone 7 Plus is speedy (2x faster than the iPhone 6, for instance), and the dual cameras and portrait mode are more than enough reason to justify getting one, even this close to the next iPhone launch.

The price is on the high side, but it’s a premium phone. At least it will hold its value if you buy it outright, or if you can survive two years of installment plans. Then you can re-sell the phone and cover most of your next upgrade, too.