My Pebble Time is dead. This has left a gaping hole in my heart, because I had been a huge fan of Pebble since I helped Kickstart them a little more than 5 years ago — there is just something about almost 5 days of battery life that can’t be beat.

But now that Pebble has been sold to FitBit, who has their own smart watch on the horizon, it’s time to look elsewhere to fill that void. 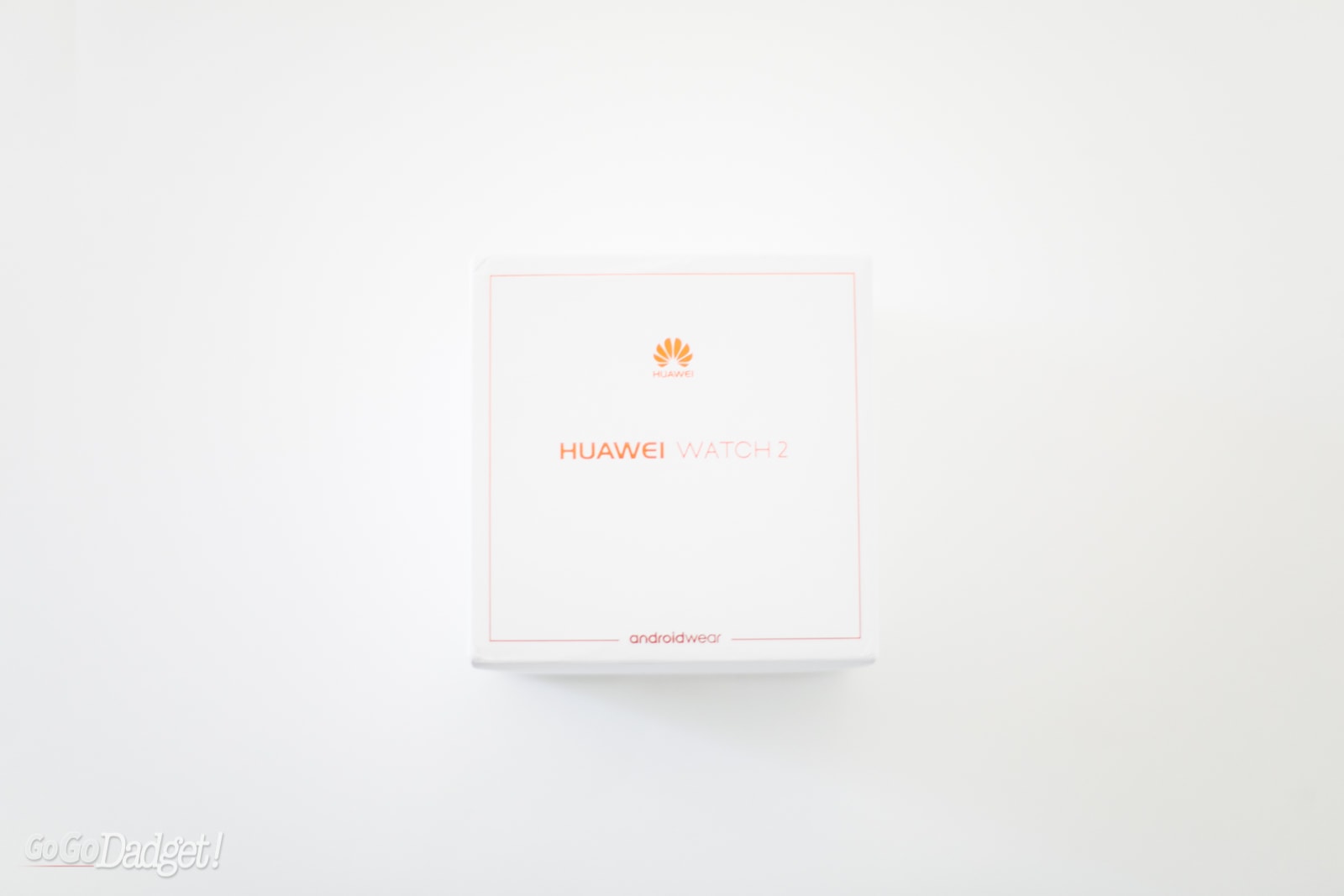 There’s something unappetizing about the Apple Watch and how it only works with iOS, so that leaves two options: Android Wear and Tizen OS (Samsung). I have pretty great relationship with Huawei, so they were kind enough to loan me a Huawei Watch 2 to review, which runs Android Wear 2.0.

The Huawei Watch 2 model they sent me was the Concrete Grey Sport variant. There are also Carbon Black and Classic versions as well, along with optional 4G models to skip taking your phone out with you all the time.

I liked the look of it, with the speckled grays, even though my wife didn’t much care for the aesthetics — especially if we were going out somewhere nice. The one cosmetic thing I didn’t like about this version was the bright yellow buttons, but that’s just because I’m not a fan of yellow. 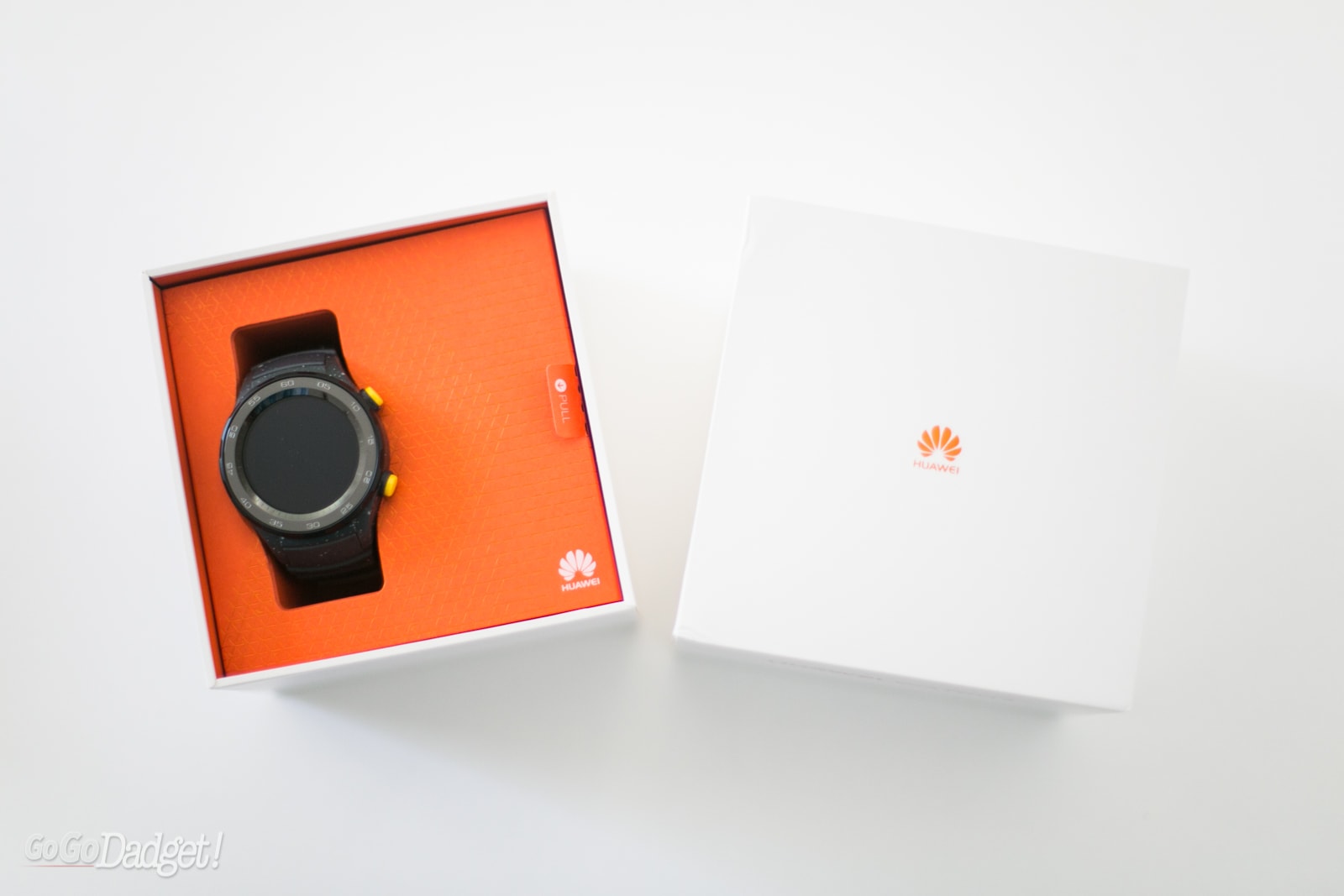 Otherwise, the Huawei Watch 2 was comfortable with the rubberized band, sturdy and great-looking ceramic bezel, and clear-as-day screen. I’ve seen some people complaining about the size of the screen, but honestly that’s just a gripe for the sake of having a gripe — the screen is bright and easy to read, nothing was too small about it at all. In fact, I think I’d prefer to not have a giant computer screen on my wrist for both aesthetic reasons AND because a bigger screen gives my kids more of an area to scratch and gunk up.

Let’s talk about scratching for a second. I wore this thing every day for almost 30 days, and I did not baby it. My kids were slapping and playing with it on my wrist, I did my normal dad duties of picking stuff up (including the kids), cleaning, and playing… and it had plenty of bumps and knocks along the way. When I sent it back, there wasn’t a single blemish.

When you’re spending more than $200 on a device, you want it to be sturdy. Everything about the Huawei Watch 2 is sturdy and capable, from the scratch resistance to the dust, rain, sweat, and water resistance up to IP68. It was built to be used, not just built to show off. In fact, that was my biggest gripe about the first Huawei Watch — it felt like a piece of jewelry that I needed to protect at all costs. Not this time, and that’s wonderful.

The selection of watch faces is great, too, though there are more options on Android than iOS. 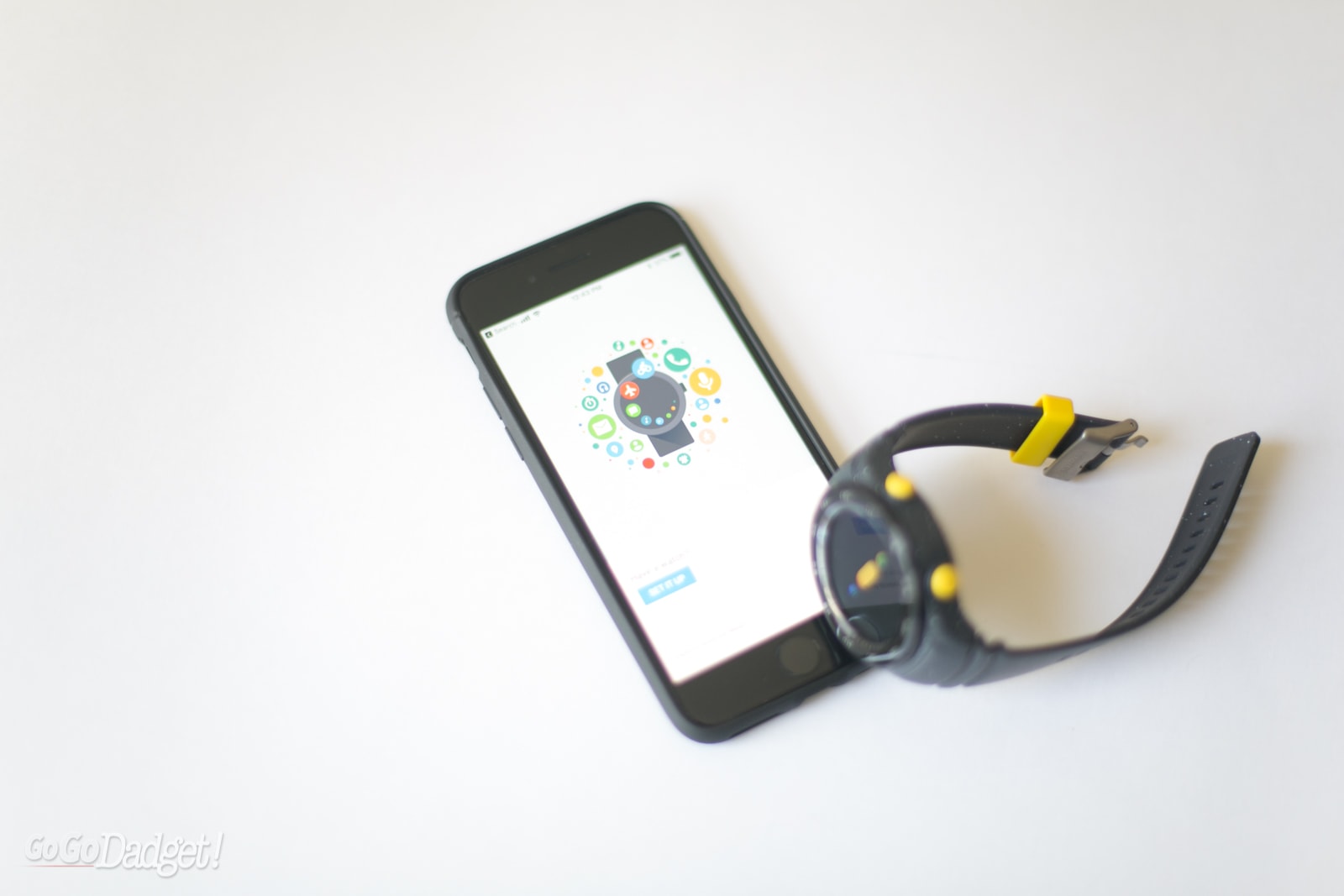 Let’s get this out of the way: iOS.

On iOS, which is how I used the Huawei Watch 2 from the start, I noticed right away an issue with connectivity. Set up was simple — you need the Android Wear app on your iPhone, and to leave it open all times — but it wasn’t nearly as easy as it was with the Nextbit Robin, an Android phone.

When you use any Android Wear device with iOS, your device’s capabilities are limited right out of the box, and that’s not the watch’s fault. None of these gripes have anything to do with how Huawei designed the watch, or possible mistakes they made. This falls squarely on Apple and how they don’t let Android Devices have the same access to the iOS ecosystem that they do their own Apple Watch. On one hand, we get it. On the other hand, that’s shitty of them. 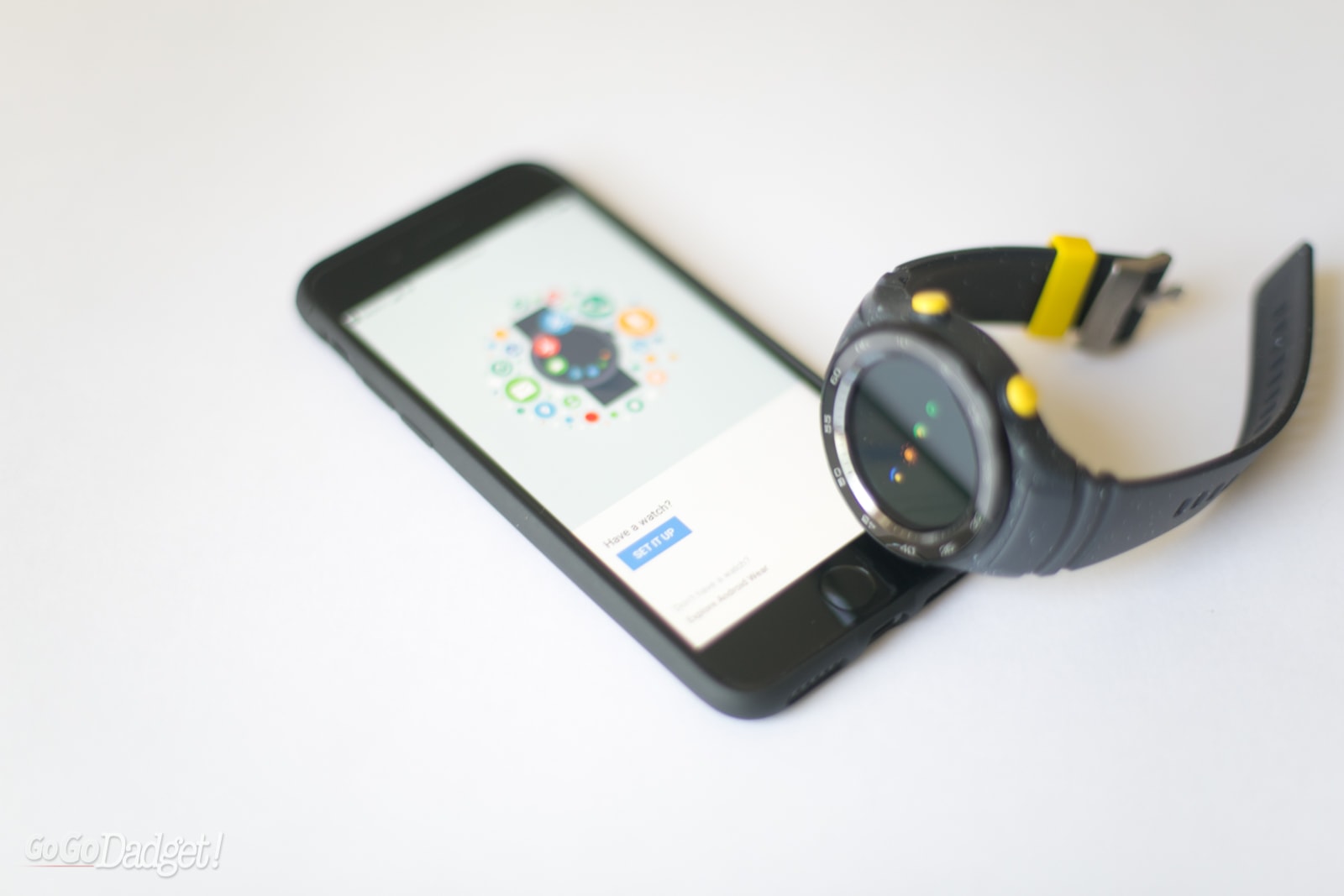 The thing is, that didn’t always work. I’d close the app, re-open it, tap the watch, only to have it fail over and over. I would open bluetooth on my phone and try and get it to connect directly that way, while the app was open, but that only worked a few times. I still don’t know the right series of steps to get it connect when this happens, it just magically re-connected after a few minutes of trying multiple times in multiple ways.

It’s frustrating. But, the good news is that when it’s connected it’s a very capable watch to use with your iPhone. You get notifications instantly, can check the weather, set up the watch’s WIFI, use Google Assistant, and download and install apps (and new watch faces) from the Google Play Store that’s right on the watch.

What you couldn’t do is: use the watch to make phone calls, respond to messages, navigate with Google Maps — all the really cool feature-rich things the watch can do when paired with an Android phone.

Luckily, I didn’t notice much of a battery difference between Android and iOS, and easily got to bedtime with 25-35% of battery still left.

The experience is night-and-day between Android and iOS when it comes to Android Wear. I never once lost connection between the watch and my Nextbit Robin, all the notifications and responses were available, including being able to respond with voice, text, or drawing, and it just all worked. I spent the second half of the review period using the watch as it was designed, and I have zero complaints. I loved every second of it. 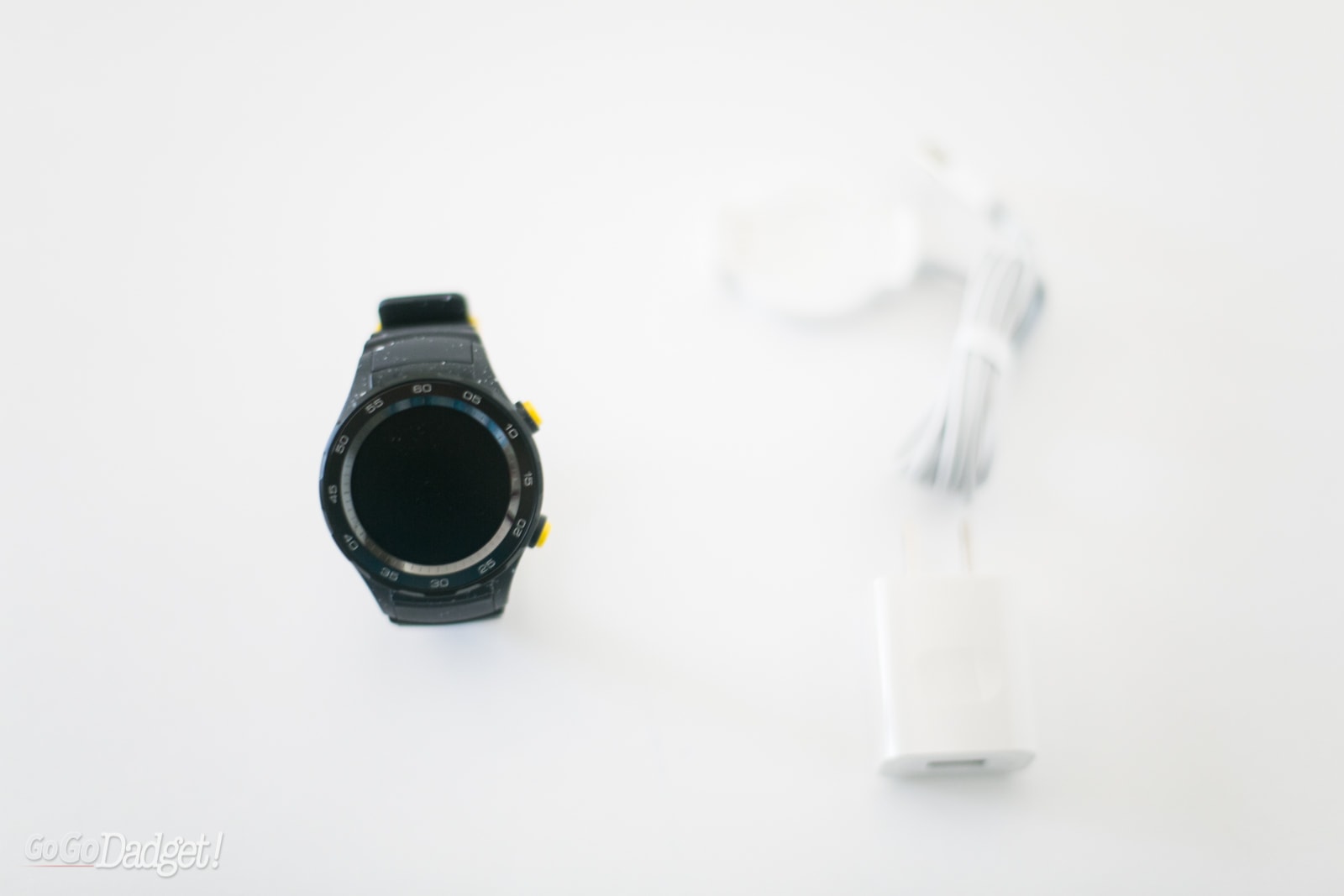 Using the device on either ecosystem for fitness was a delight, too, as it tracked walking my daughter to school each morning with ease, and the GPS gave me a nifty little map with my route at the end of it. It was also fun to check  my heart rate, which is strong as an ox, thanks. 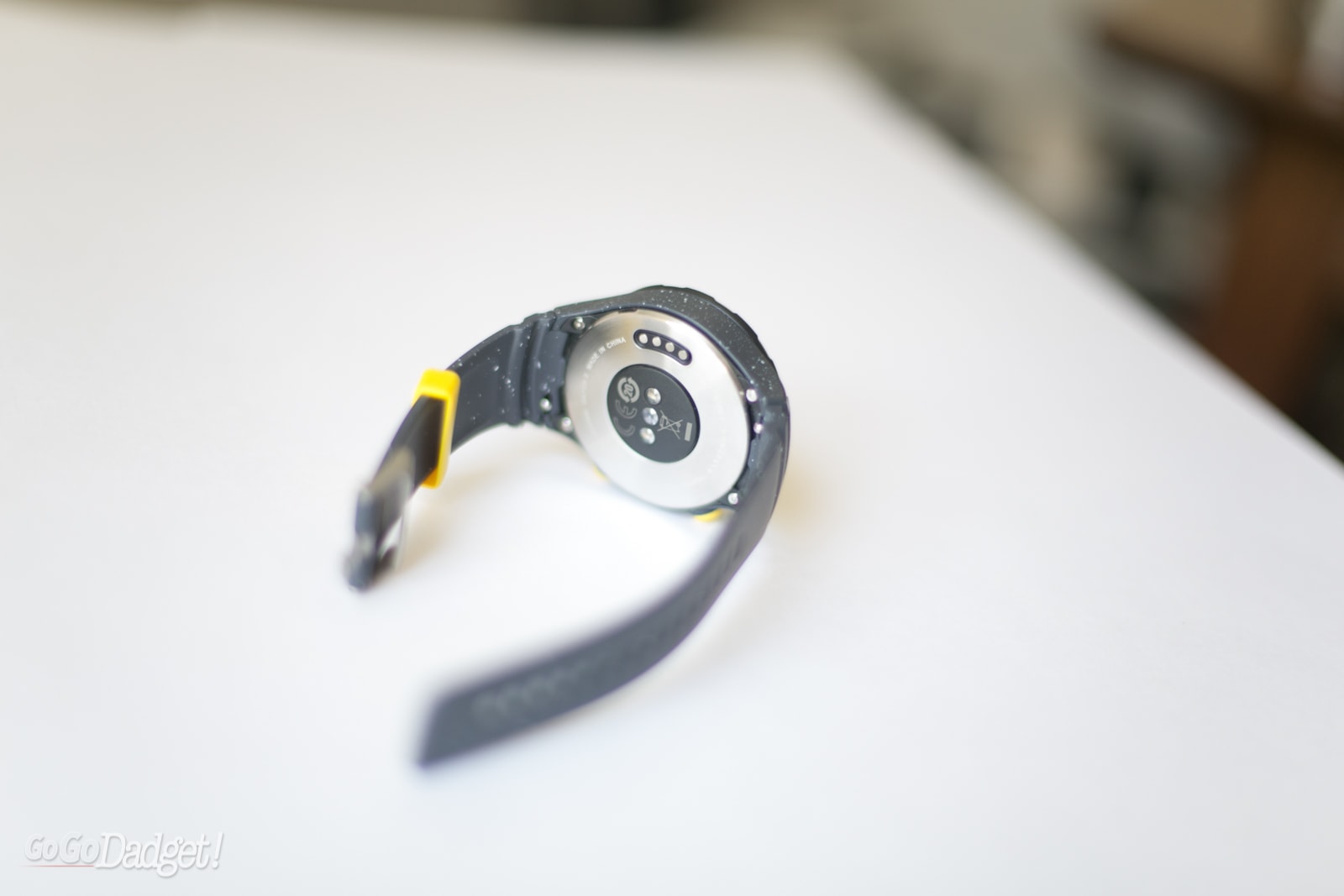 I didn’t like the yellow buttons, but it didn’t really stop there completely — bending my wrist in a severe angle (like pushing myself off the ground) would accidentally hit those buttons too, either launching the Google Assistant or starting a workout. It was annoying, but happened too infrequently that it doesn’t matter.

The only other downside for me was the connectivity issues with iOS and iPhone, but that’s Apple’s fault, not Huawei’s. Still, it wasn’t a deal breaker, just a bummer. Having a smart watch that doesn’t cost the bajillion dollars the Apple Watch does is worth it — though, I’m now wondering how Pebble was able to avoid the connectivity issues despite not being made by Apple, and why Android Wear is plagued by them.

Other than that, I loved my time with the Huawei Watch 2. 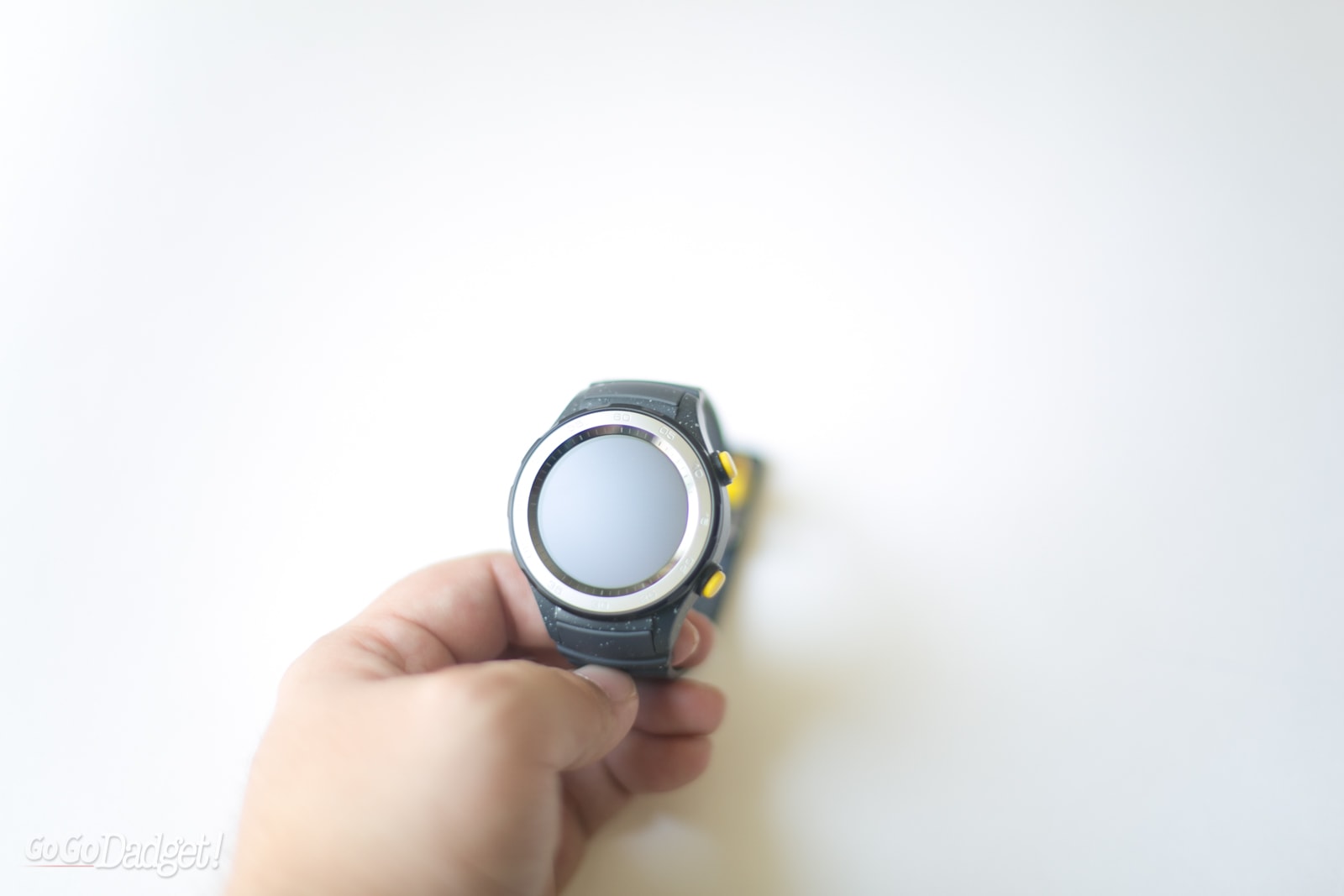 I can easily say that I recommend the Huawei Watch 2 when you’re going to be using it with an Android phone. When it comes to iOS, that recommendation becomes harder — because of iOS, not Huawei. Even though it’s harder, the durability, quality, and features surpass the connectivity annoyances, so I do in fact recommend it for the iPhone too.

Man, the durability is key for parents. Finally, a smart watch that I don’t feel like I have to baby, because I already have to baby enough as-is.

You can get a Huawei Watch 2 from Amazon right now for around $230 bucks, depending on what style you want. You can also get it from Newegg right here, for slightly more.