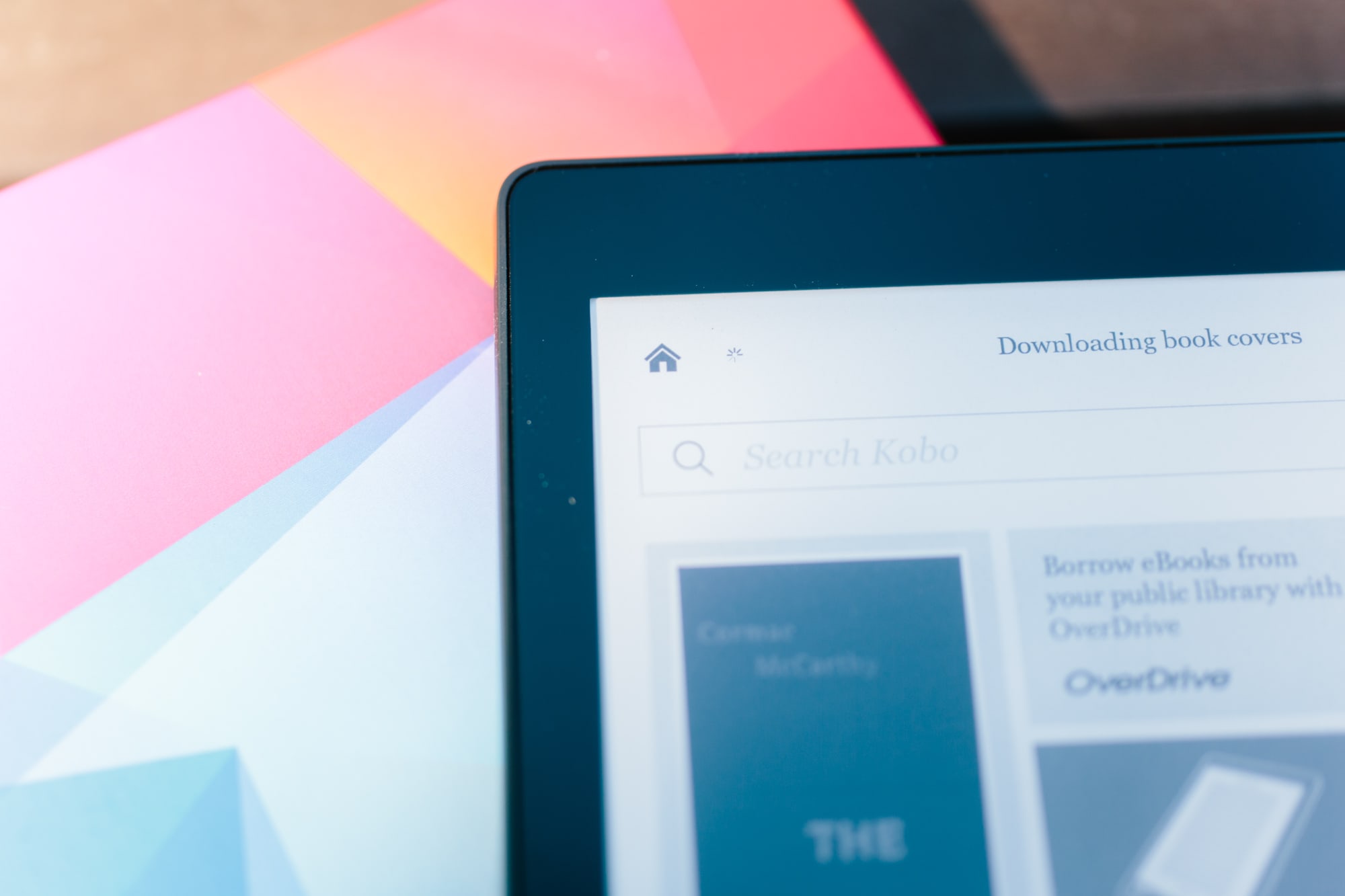 Why don’t I read hard copies anymore? Because I have to carry so many other things, including by not limited to: toy trains, diapers, water cups, snacks, dry clothes, and more. Let me put it like this, guys…

I just finished reading Stephen King’s IT for the first time. That’s a 1000+ page book that would have been impossible to lug around in addition to all that other stuff. So I own a Kindle Paperwhite and got 5-10 minutes of reading done at night. It took me like 8 months to finish IT. I still liked it (except for that one sewer part, which I’m sure you all know about by now), but this isn’t a book review.

It’s a review of the biggest competitors Kindle has: the Kobo Aura & Aura One. 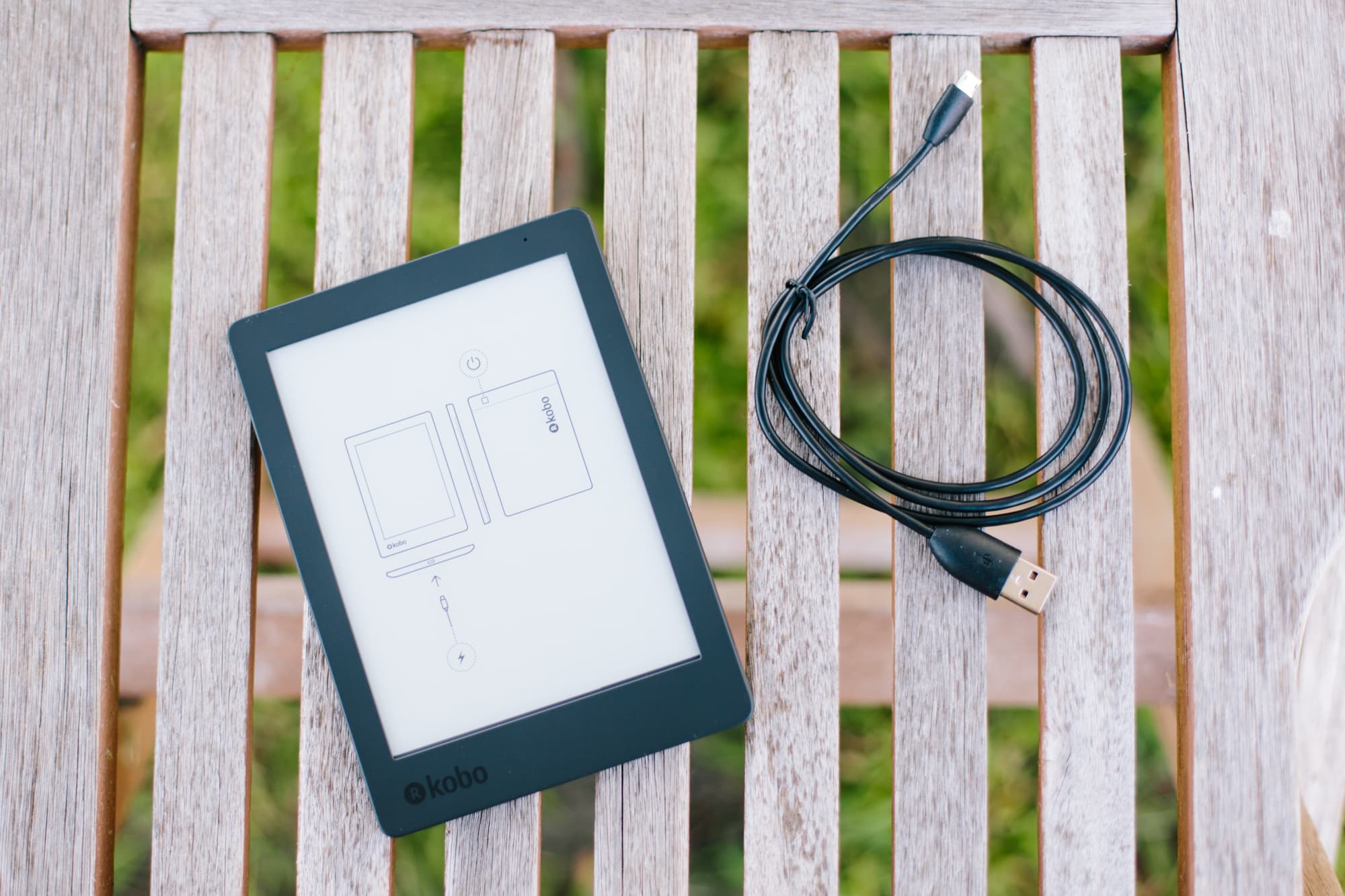 I decided to combine these reviews because these two Kobo devices both have upsides and downsides — and if you combined the two, they would be one killer device that would give the Kindle a run (more on this later).

Let’s start with the design of the Kobo Aura (Edition 2), which is the smaller of the two devices, and the most comparable to the Amazon’s Kindle. It has a textured plastic back with an easy-to-find power button located on the upper right of the backside of the device (if the screen is facing you). On the bottom is the micro-USB port for charging and some basic device information. 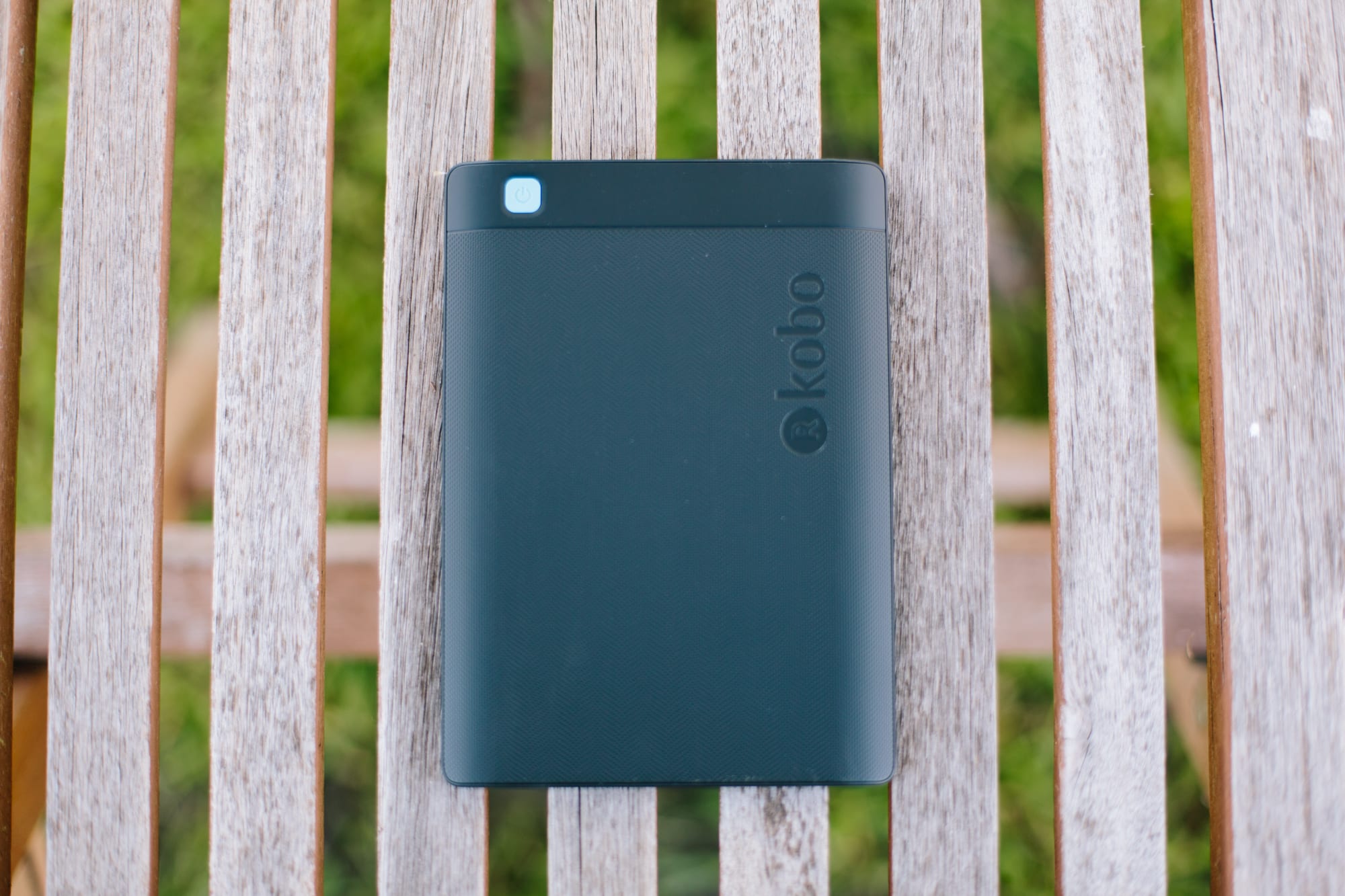 On the front is a 6in HD e-ink display and touch screen. Simple.

The Kobo Aura One is the bigger sister to Aura, and it looks almost exactly like it — except it has a 7.8in HD display and touch screen. The main difference is in what the screens can do, plus the Aura One is waterproof.

Yeah, take it in the bath with you, put on some music, and drown out the screaming kids in the living room while your significant other deals with it for a while.

The Aura has 4gb of storage, and the Aura One has 8gb of storage. Both are plenty, and both have batteries that last up to a month on a single charge.

The screens on both devices are gorgeous and easy to read in the dark or in direct sunlight. The only true difference, other than size, comes down to one feature I’m absolutely in love with: the Aura One comes with something they call ComfortLight PRO.

It filters the blue light out of the screen, giving it a reddish tint, so it helps you with eye strain and falling asleep when you’re reading at night. Think of it as like the iPhone’s Night Shift feature, but for your eBook. This is something I wish the Aura, and hell the Kindle Paperwhite, had.

I don’t need a giant screen on my eReader, I want something portable, and the Aura is just the right size to use with one hand as I’m trying to read without keeping my wife awake. 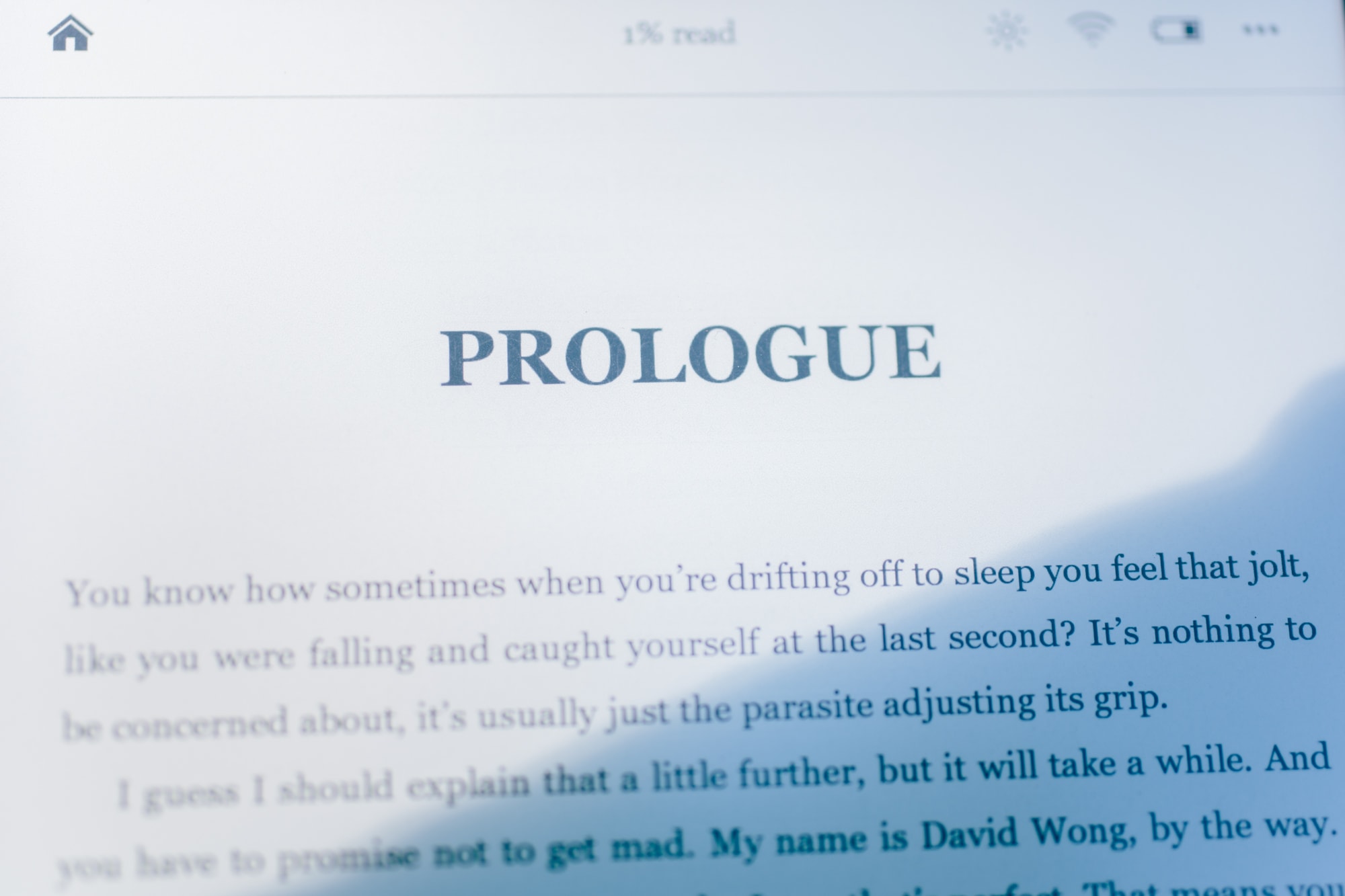 Basically, I read two books at the same time, but finished neither in the review period because, well, remember what I said about Stephen King’s IT and how long that took me? I’m not a slow reader, I just don’t have a lot of time to sit around reading, so I just adapted these Kobo devices to my normal routine.

Kobo was kind enough to load a few books onto a Kobo account for me, and on one device I was reading This Book Is Full of Spiders and on the other I was reading The Road. I have yet to finish either of them, but that’s just because I had to give the Kobos back. 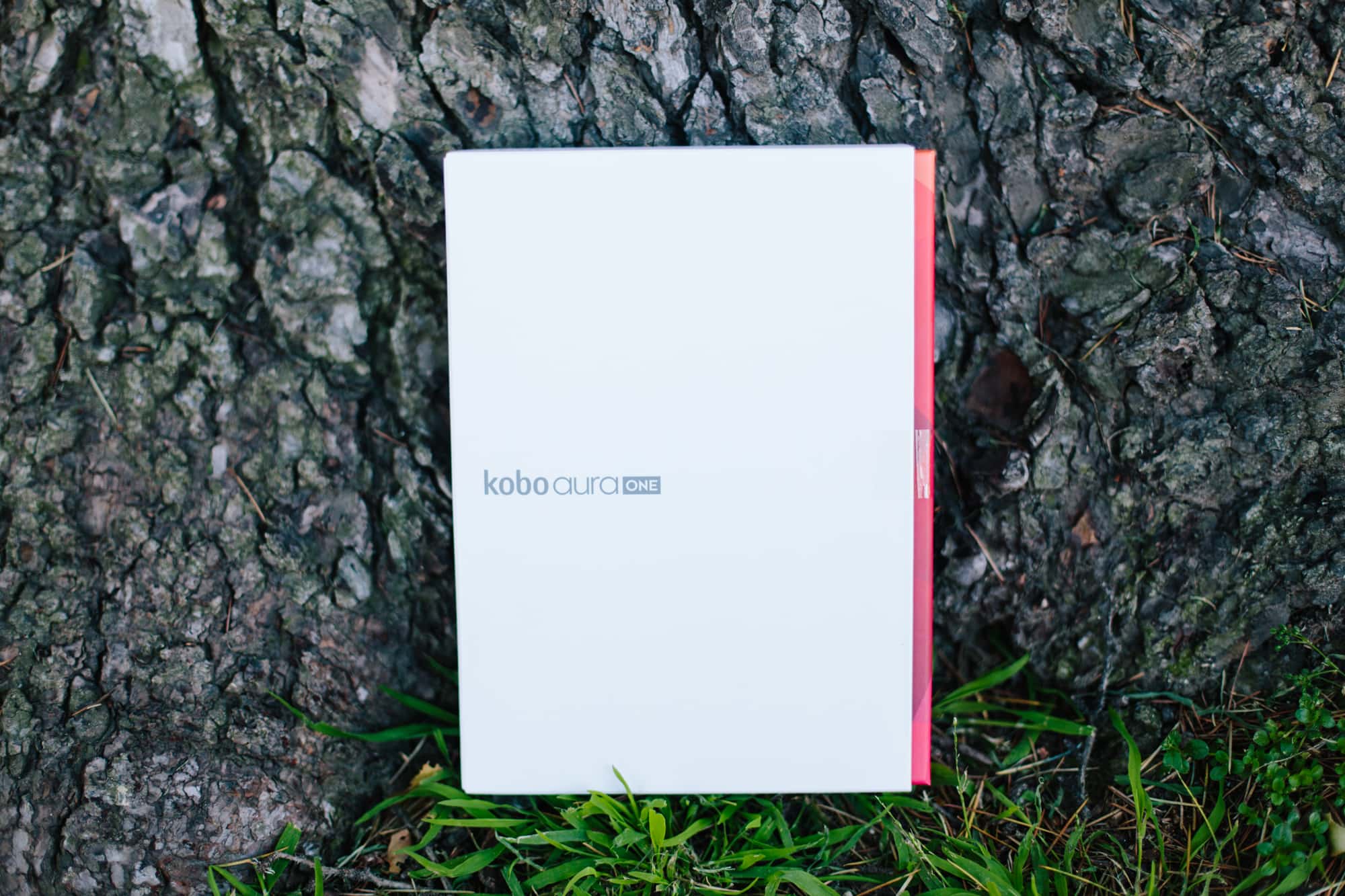 When it came down to reading the books, the Kobo software was intuitive and easy to use. The touch screens were responsive, and navigating to the books, turning pages, and finding my way around was not a struggle at all. It was a really enjoyable experience overall.

The only downside I could find was that the ComfortLight Pro on the Aura One was a little finicky when auto-adjusting, but it wasn’t anything to write home about.

And I only had to charge the devices during initial setup to last me through the entire time I had them, which was 30 days. 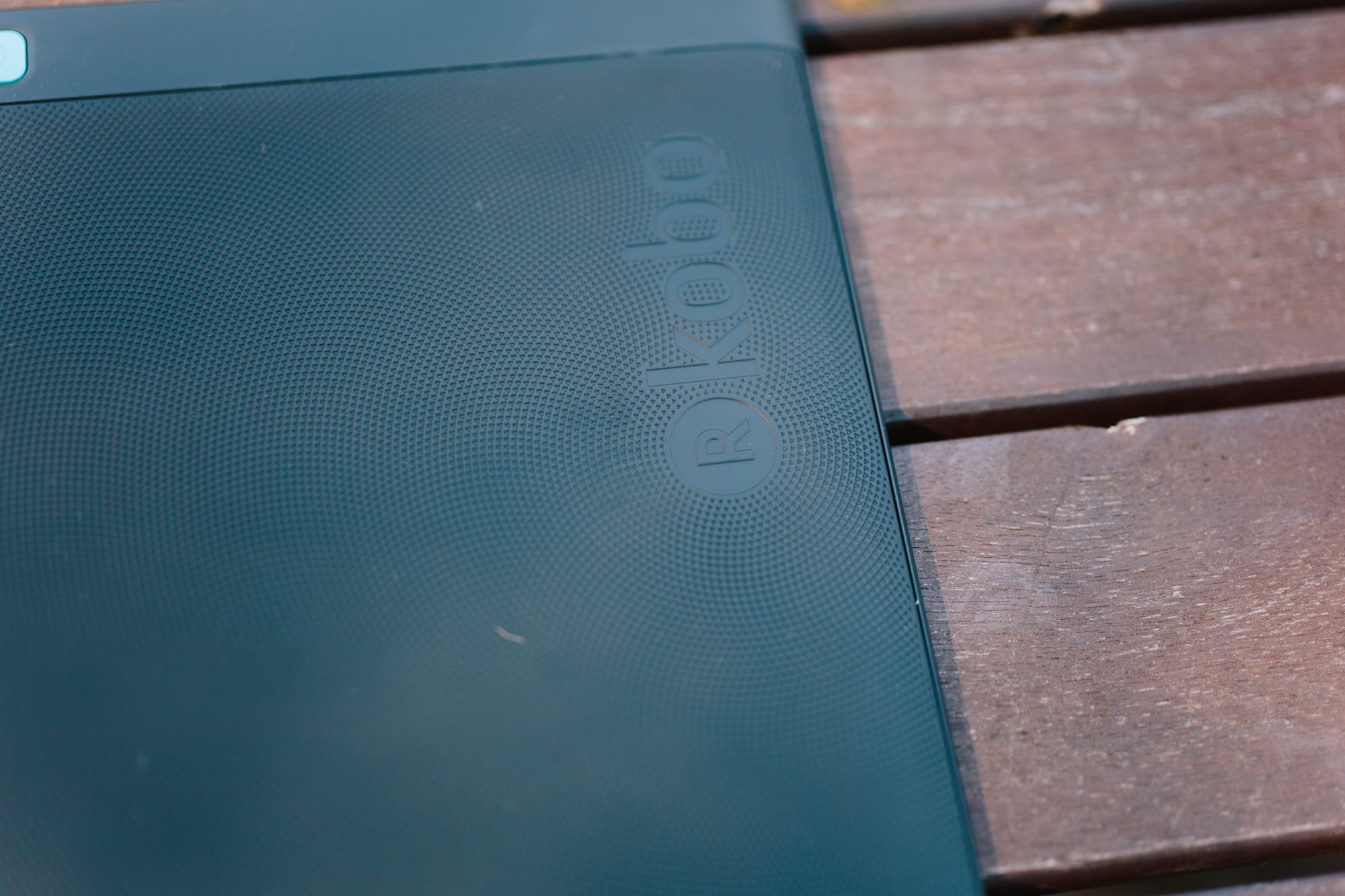 Let’s talk price. The Kobo Aura is competitively priced at $119, but currently sits at $99 at the time of writing this. You can snag one here.

The Kobo Aura One, however, is a little harder to swallow. It’s going for $229. That gets you a bigger screen, the ComfortLight Pro, and 4 more gigs of storage. Is that worth an extra $110?

I don’t think so. I loved the ComfortLight Pro, but to me the size matters — and the Kobo Aura’s size is perfection to me. I would save that money and go for the Aura Edition Two. 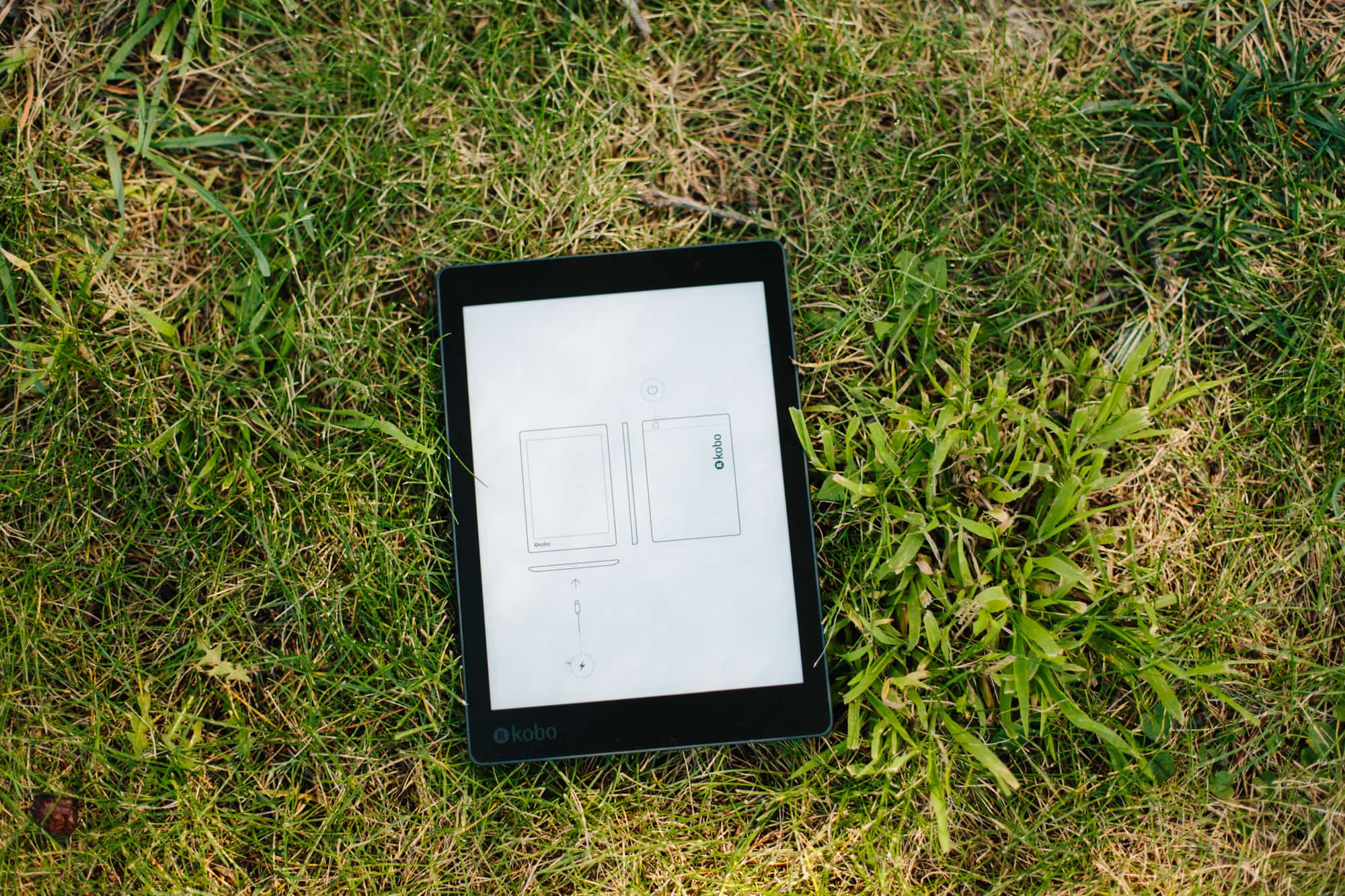 But wait, there’s another model I haven’t had the chance to test yet. The brand new Aura H2O (for the record, I’m not a huge fan of the name). It fits right between the Aura and Aura One. The difference is in a 6.8in screen, waterproofing, and it includes the ComfortLight Pro. It’s going for $179 right now, and I can’t say whether or not that’s worth it.

The Aura, however, is worth it right now. If you want to buck the Kindle obsession and go for something more unique, something that’s easier to hold, then you’ve found your new device for all your How To Be A Parent Without Stressing Out So Much You Die In Your Sleep books.