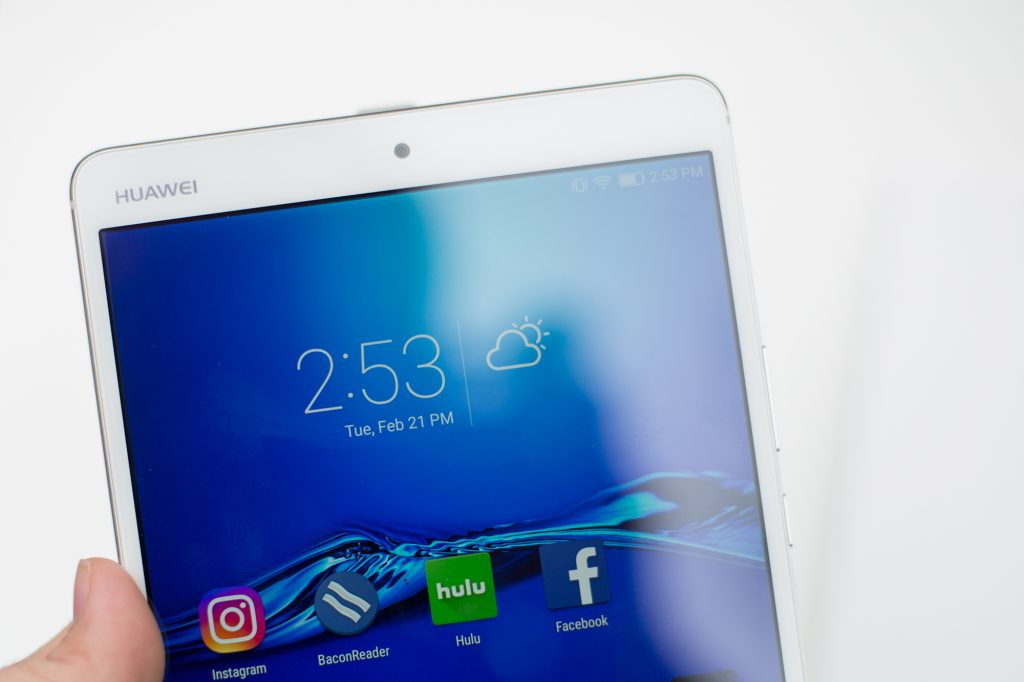 Look. I’m not going to mince words here: if I was in the market for a tablet, I would save hundreds of dollars and go with Huawei’s MediaPad M3. I’m not in the market for one, though, because my family has an iPad 2 and a $50 Kindle Fire tablet that I bought my 4-year-old daughter. Still, here are my thoughts.

That reminds me, she played with the M3 too — and you know what she said? She said she wished we had one. I asked her what about it she liked, and she said the size was perfect and the screen was nice. She also liked the games (which were the same as the ones we have on the Kindle Fire, because I “hacked” that thing as soon as I got it so it would have the Play Store and the ability to cast to our Chromecast) and how loud it got. So, you know, if you come here for reviews from children, my child gives this things two tiny thumbs up.

Let’s get to the details. 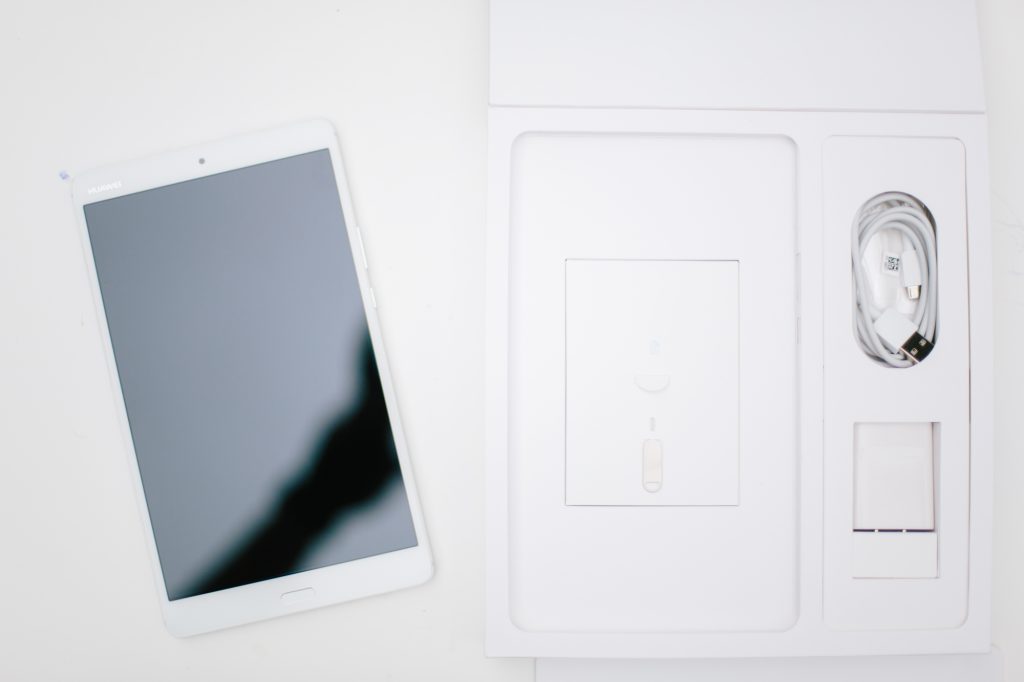 The MediaPad M3 both looks and feels premium. It’s made from aerospace-grade aluminum and you can feel just how cool that sounds, even if you don’t know what it means, when you touch it. And the screen? The screen is bright, crisp, and clear (8.4-inch, high-resolution 2560 X 1600 IPS screen), and the colors really pop. I honestly don’t know what more anyone could want out of a screen, especially if you’re using it to, you know, Facebook while your kids nap or you’re buying things from Amazon. Netflix streams are stunning as well. 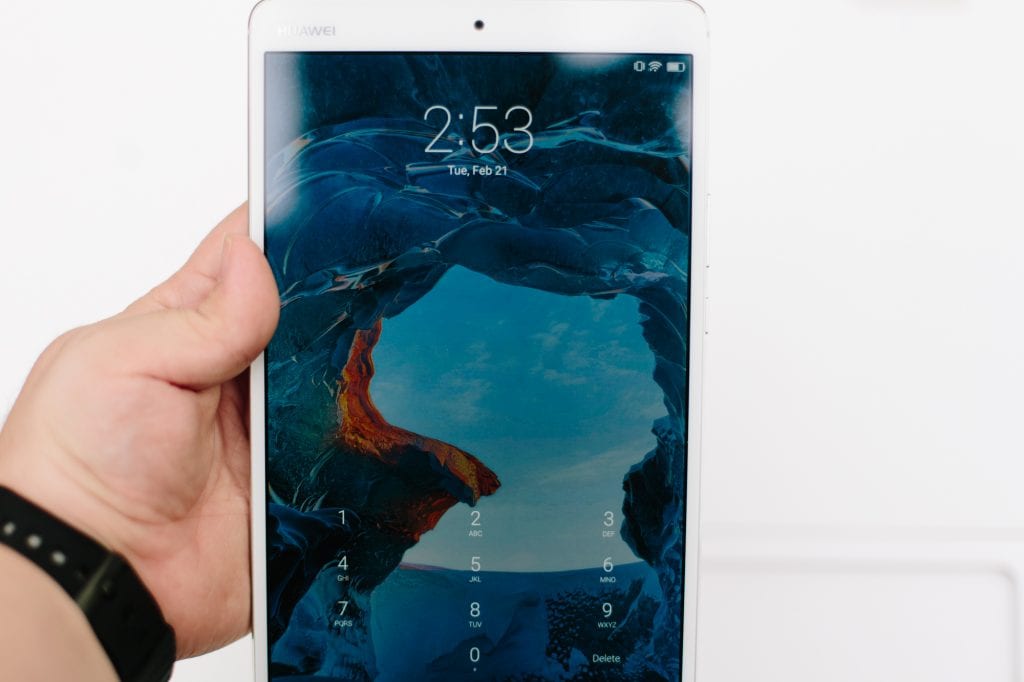 Under the hood, it’s rockin’ the Kirin 950. I mention the name on the off-chance you care to know it, but what you really need to know is that it handled all of the multitasking, gaming, and tasks I threw at it. The Room 3 had zero hiccups and I could switch between that and Facebook Messenger chats on the fly with ease. That chip is crazy efficient too, I got four solid days out of the battery (5100mAh) while under heavy use in the evening (and light use throughout the day), and way more than that under light use and in standby. It also charges relatively quickly, too. 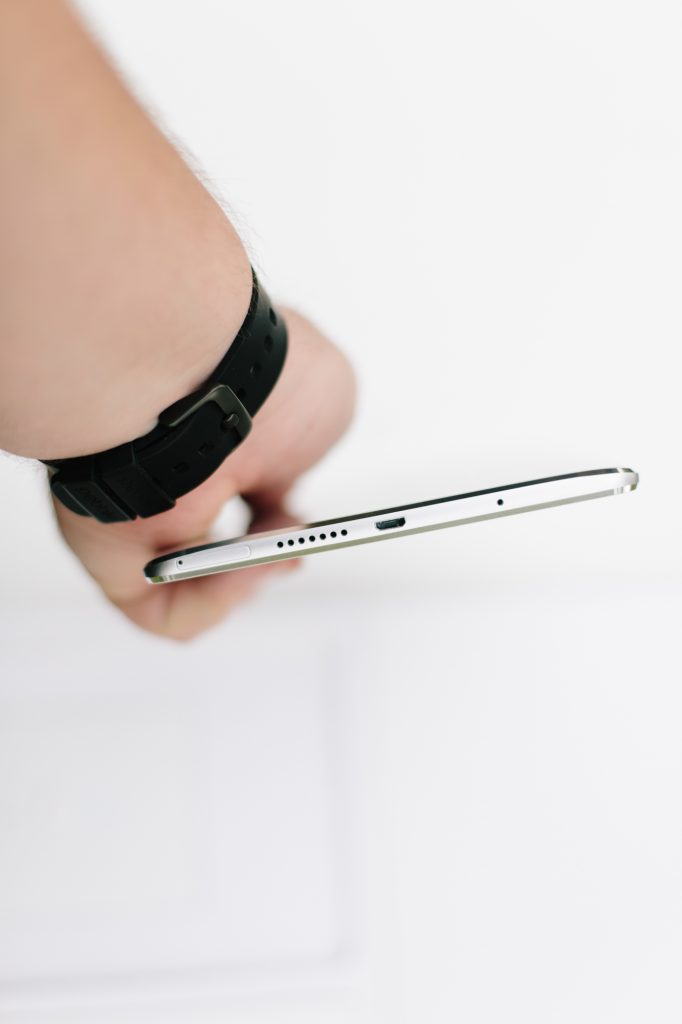 The headphone jack is nice for car rides, the audio is great both with and without headphones, and the fingerprint sensor on the front is sensitive and speedy, and I found it to be just as accurate as the reader on my iPhone 7 Plus. 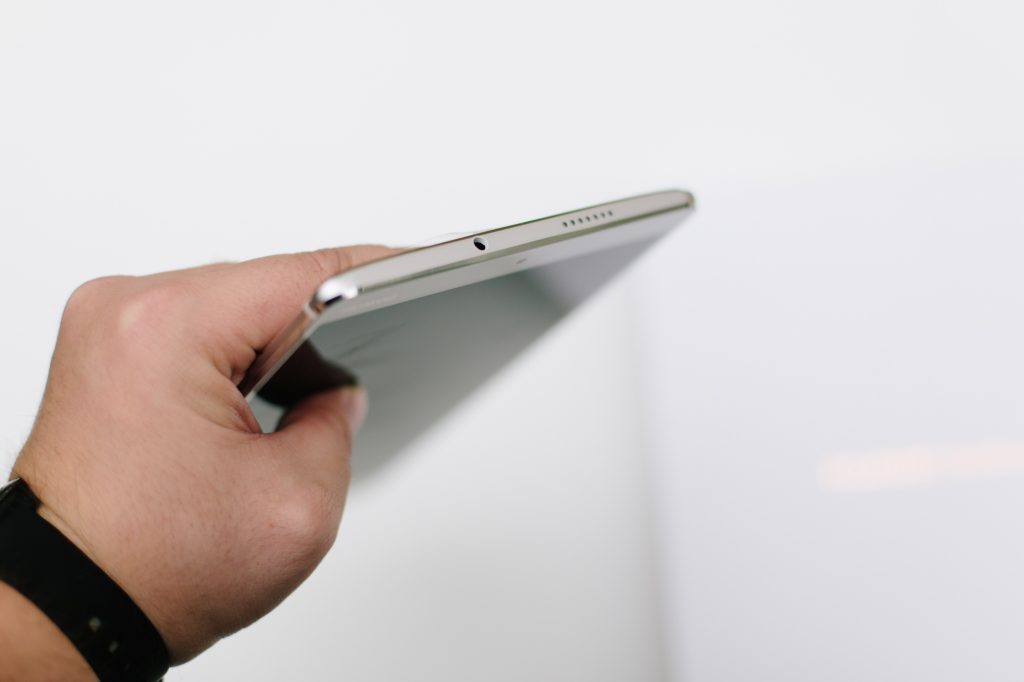 In the box you get:
The MediaPad M3 (duh)
Outlet Charger
Micro USB cable (wish it was USB-C)
A SCREEN PROTECTOR (I was very excited to see this, as it’s a thoughtful touch) ->

Instructions
Cardboard inserts to hold it all together inside the box 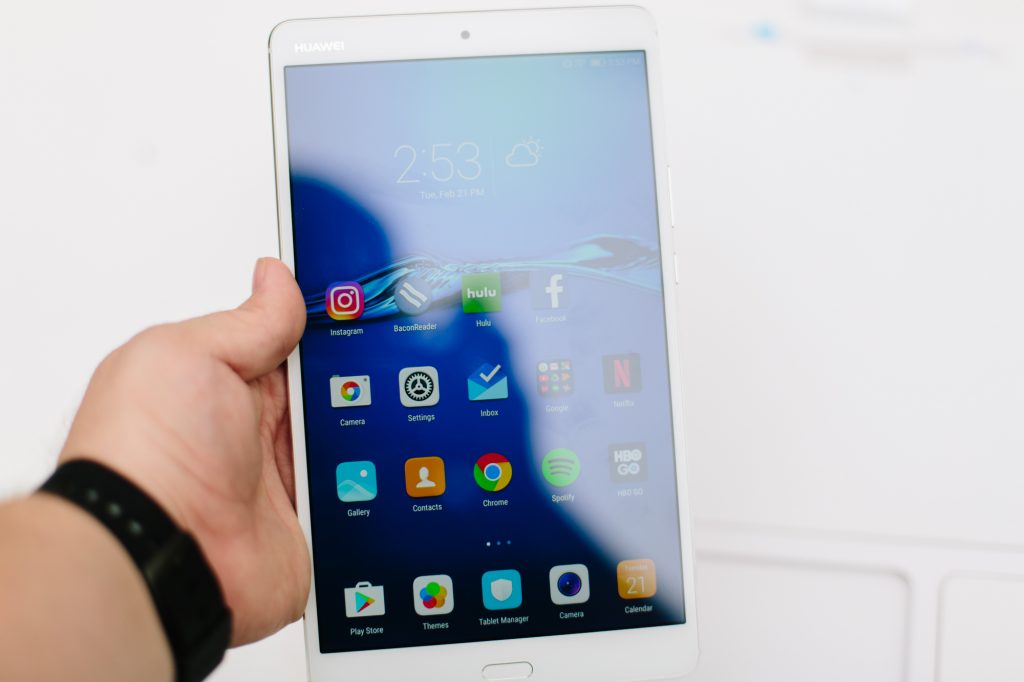 Huawei likes to cover up Android with their EMUI skins, and honestly it’s never been a deal breaker on their phones and I feel the same here. It’s pretty close to stock Android with enough of the Huawei flare. It’s fast, and I received an OTA update while reviewing, which installed quickly and worked flawlessly.

Basically it’s Android 6.0 (Marshmallow), and everything from the Play Store to casting to your Chromecast just works, and that’s about all you can ask for from a piece of technology. Especially if you’re just flat-out busy with life and don’t have the time to tinker.

Only one, actually. The camera is sub-par. Did you expect any different from a tablet?

You can see the differences between the image taken on the M3 and my iPhone 7 Plus:

But guess what? You shouldn’t be using a tablet to take pictures anyway, because you’re better than that. What it does work for, though, is video conferencing, like Skyping with distant family because nobody wants to spend the money to visit each other when the future of staying in touch is now. 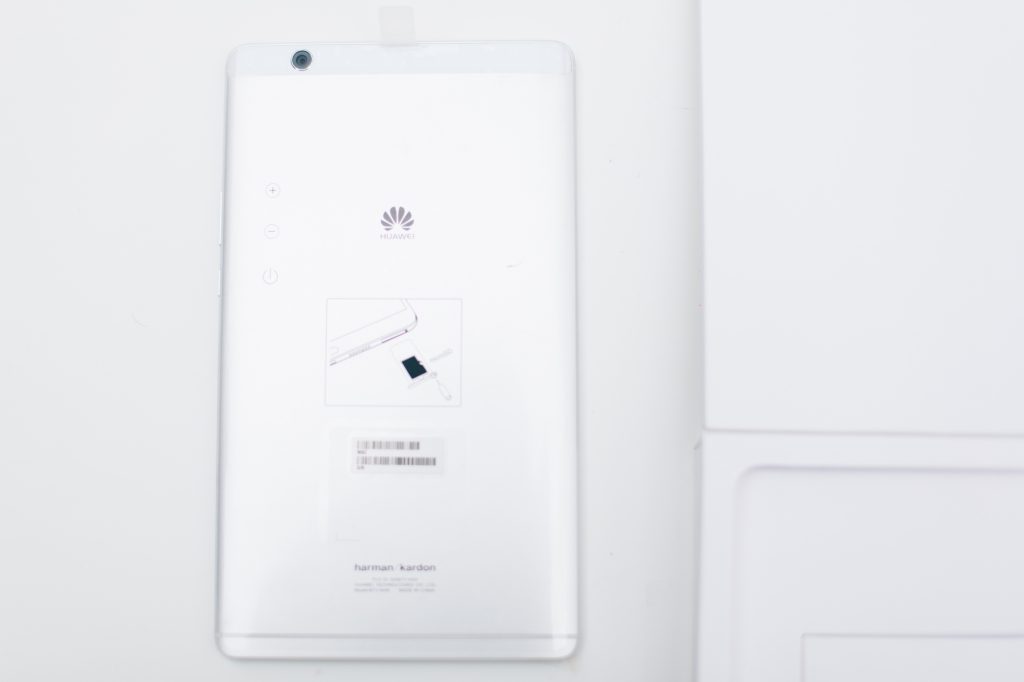