TL;DR: Despite some initial updating hiccups, the Orbi Mesh Router from Netgear proved simple and reliable — though it didn’t quite defeat my 75 year old home.

Our house is weird. The office is an add-on that used to be a screened-in porch, which means the two walls separating the room from the house are technically thick exterior walls. This is where our router has to be until we update the house.

Because of those walls, the WiFi signal has troubles in the far corners of the bedrooms, and the kitchen, despite the house being tiny because, well, it’s California.

Our Nighthawk router does a pretty great job and should be overkill for the size of the house, but it still struggles in those areas. When I reached out to Netgear to try out an Arlo security camera, they caught wind of the issue — and offered the Orbi mesh router system to see if it would help. What follows is our experience with it for the past month before shipping it right on back after our time was up.

WHAT IS MESH ROUTING? 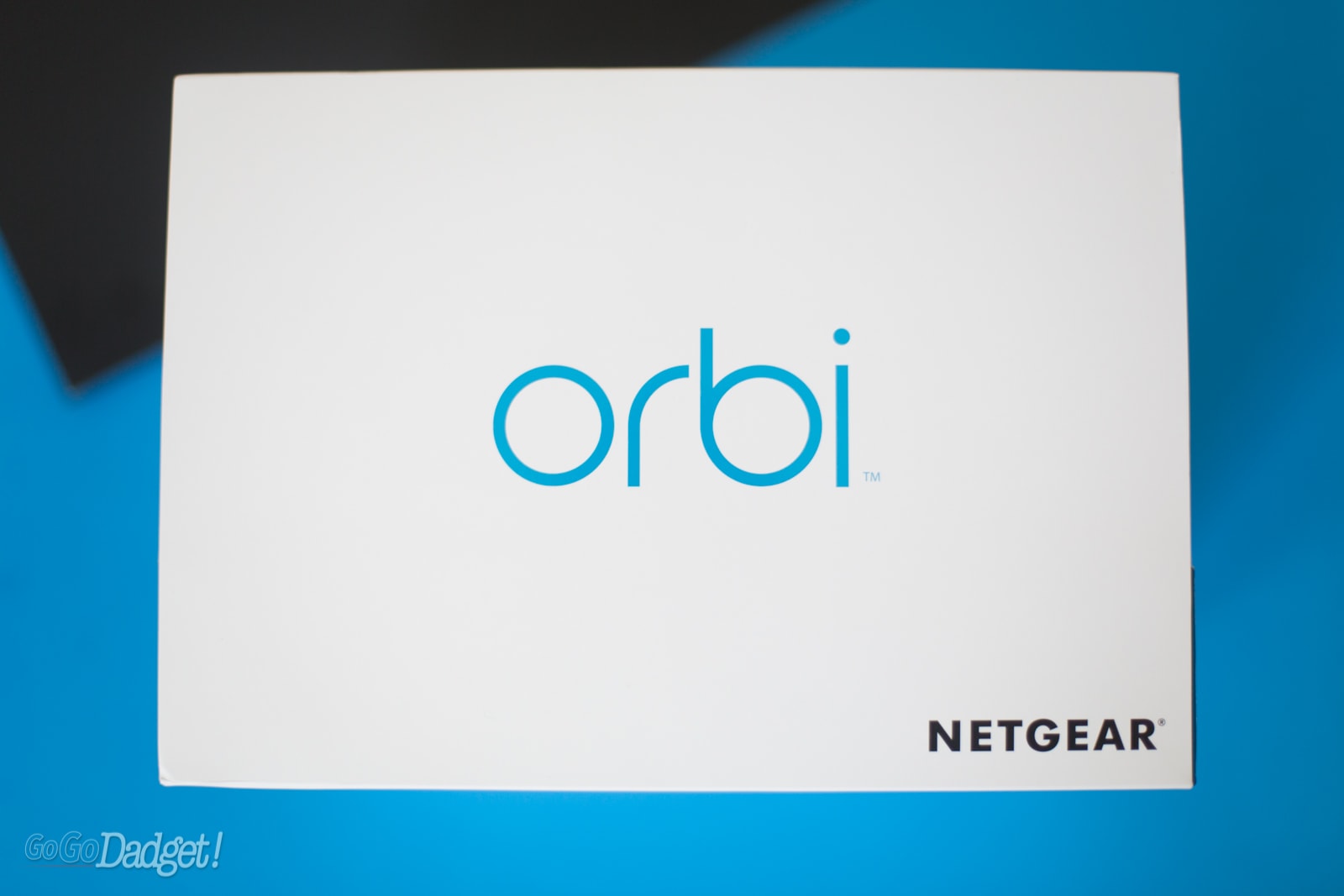 Mesh routers and routing is when you have a central WiFi hub and then numerous WiFi satellites, that are directly connected to it, placed all over your house or building. That special direct connection isn’t wired or anything, it’s like a unique fast lane for each other.

Each satellite then blankets it’s area, “meshing” with the others, making sure you have full coverage and never notice when your device switches from one satellite to another. It’s all seamless, and works better than old WiFi extenders, which connect to you router then spit out their own WiFi signal with different labels. Switching between the extender and your base router in that case won’t always be smooth, and the speed will take a major hit.

Mesh routing is the future, and you can find offerings from Orbi (Netgear), Eero, Google, and more. 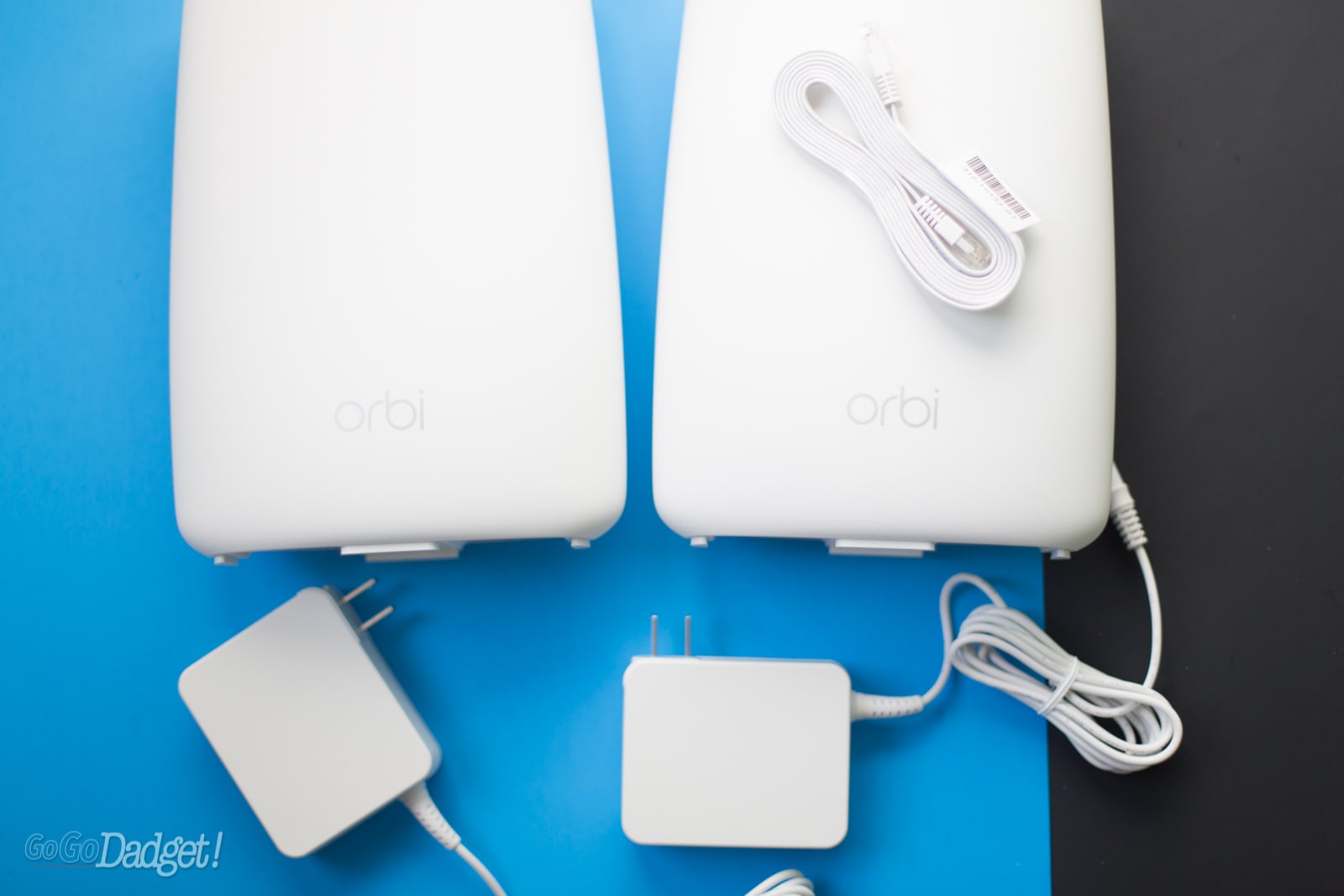 Netgear, on one hand, has designed Orbi to be a sleek set of devices. They’re kinda smoothly sculpted pieces of matte white plastic that look like egg cylinder spaceships. It’s just too bad that they’re about as big as actual spaceships, because they’re huge.

At least they’re not ugly, and Netgear realized that if they were going to be selling something so massive that they’d better look cool, but truth be told: my wife did not enjoy them from a visual standpoint. 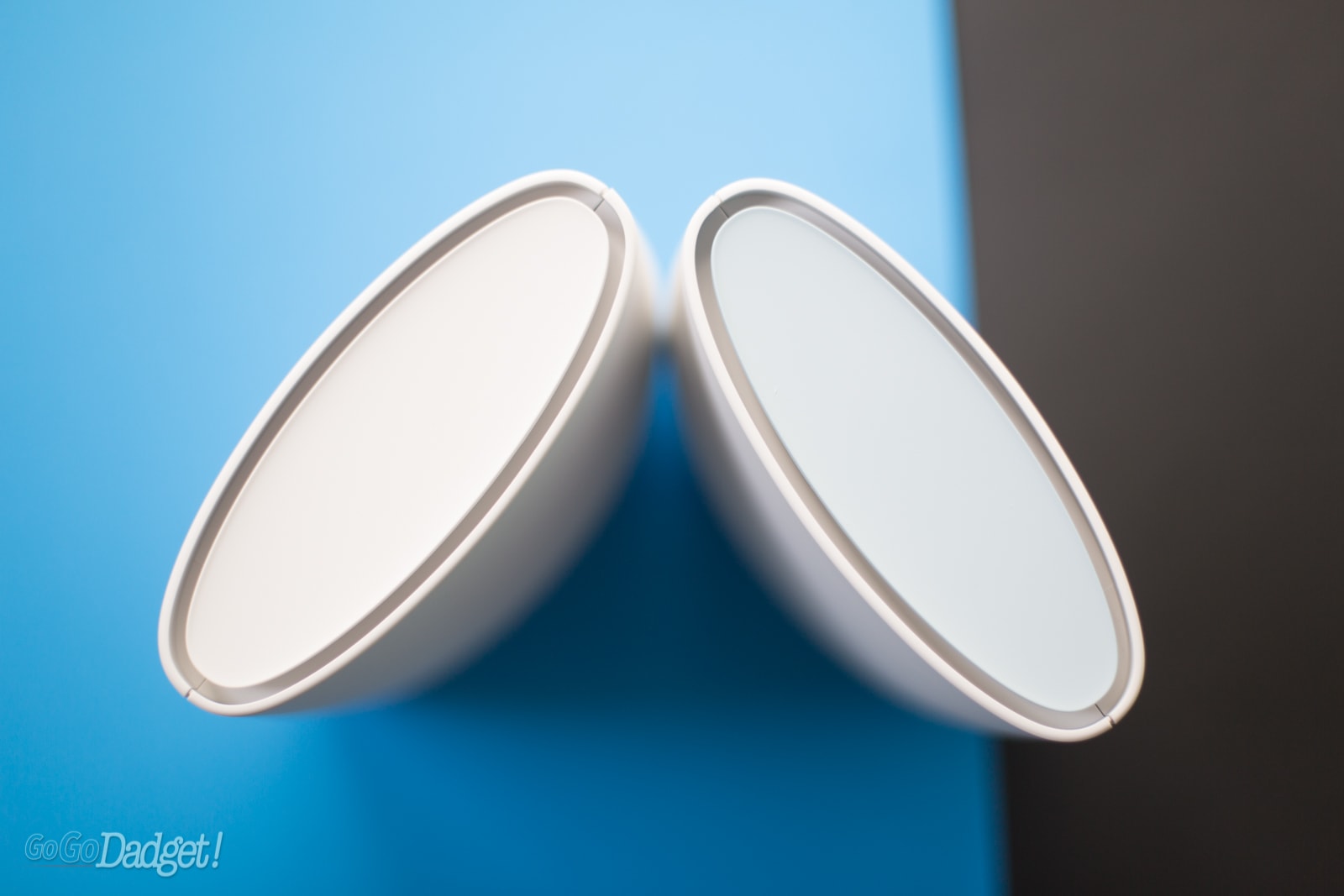 The two units look almost identical, except the router has a blue-ish top and the satellite has a white top. Both have colored LED lights that indicate status during set up and troubleshooting, and they both have plenty of ethernet ports for hardwiring, and they use interchangeable cords for power just in case you get them confused.

I didn’t really mind how big they were, as long as they worked, you know? 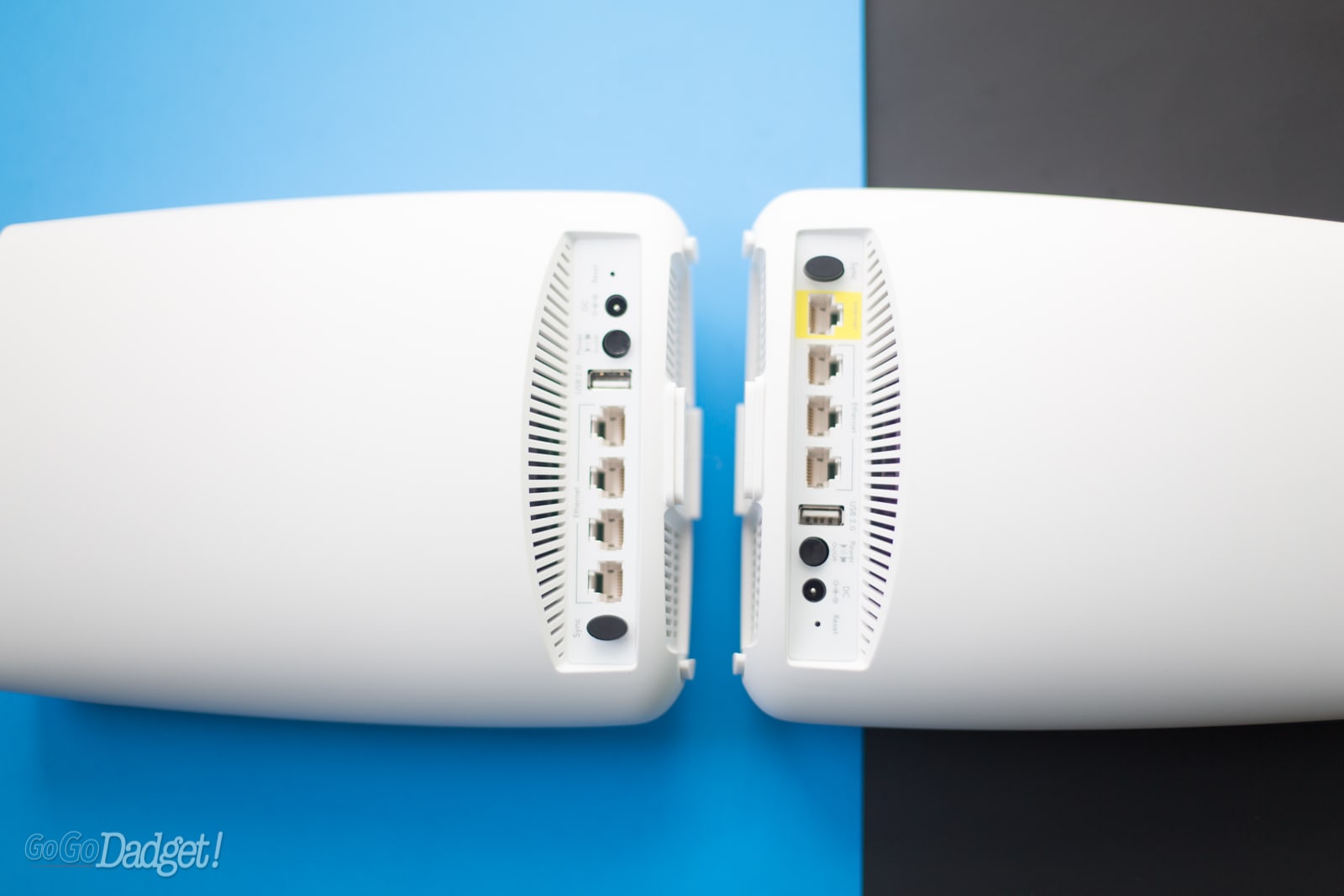 Set up was a breeze — up until a point. From beginning to connection, it took about 15 minutes for me to set everything up and have them firing internet rays in all directions. That includes connecting the satellite to the router. Using the OrbiLogin.com was simple and easy to understand, and there were no hiccups.

Until it told me to update the routers.

That’s when 15 minutes turned into an hour, because while the main router seemingly would download and prepare the update just fine, the satellite would get stuck and never download. It took me time to Google a solution, which was to manually download the updated firmware for both towers, and then manually apply them. So I spent even more time trying to find the firmware from the site to download, having accidentally not downloaded the right ones on my first try. 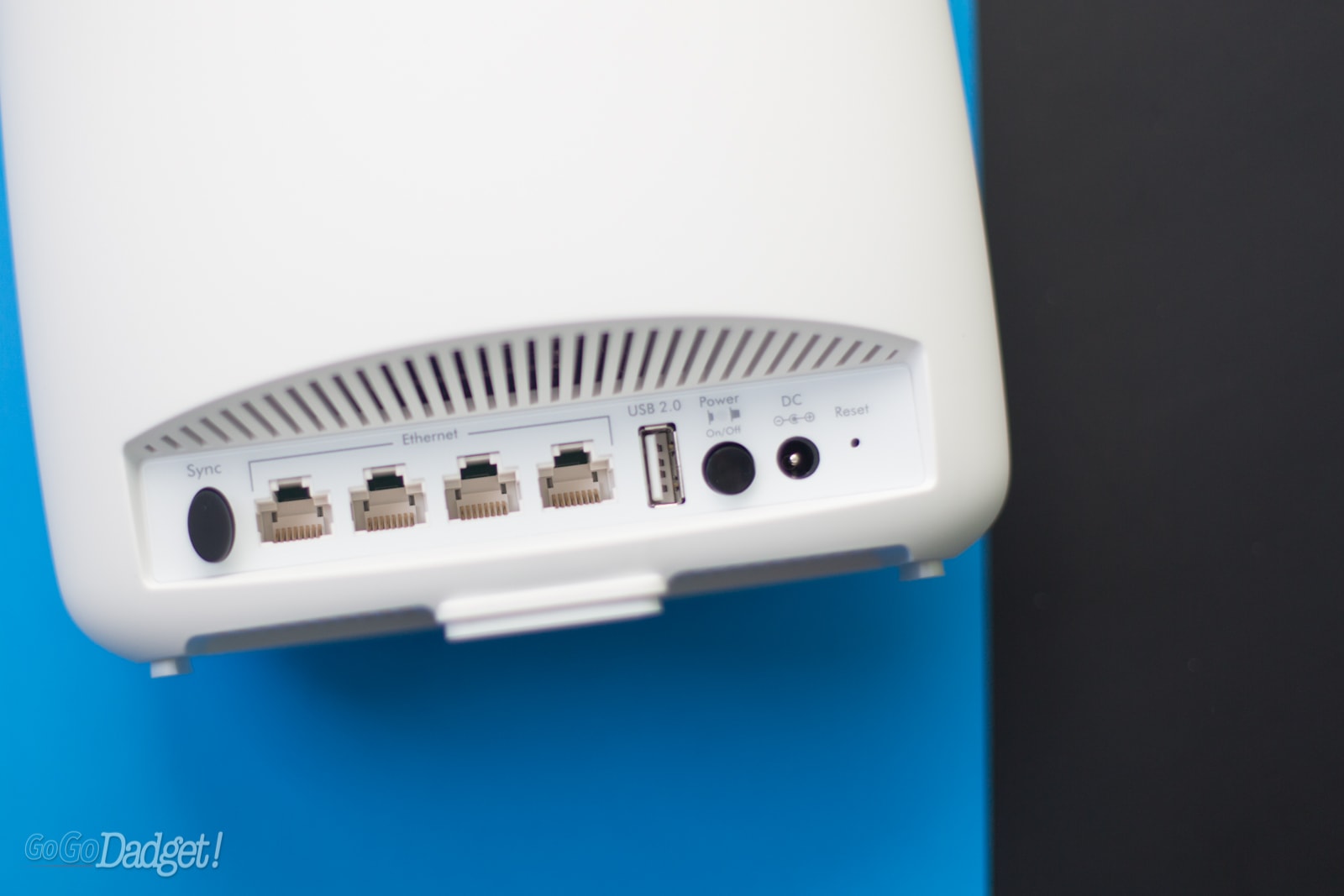 Truth be told, applying the manual updates after I found them wasn’t hard, it was just a time consuming process. Updates should go over the air flawlessly during setup unless there’s a major issue, so it was a bummer that happened.

After that nonsense I didn’t have to touch settings again. 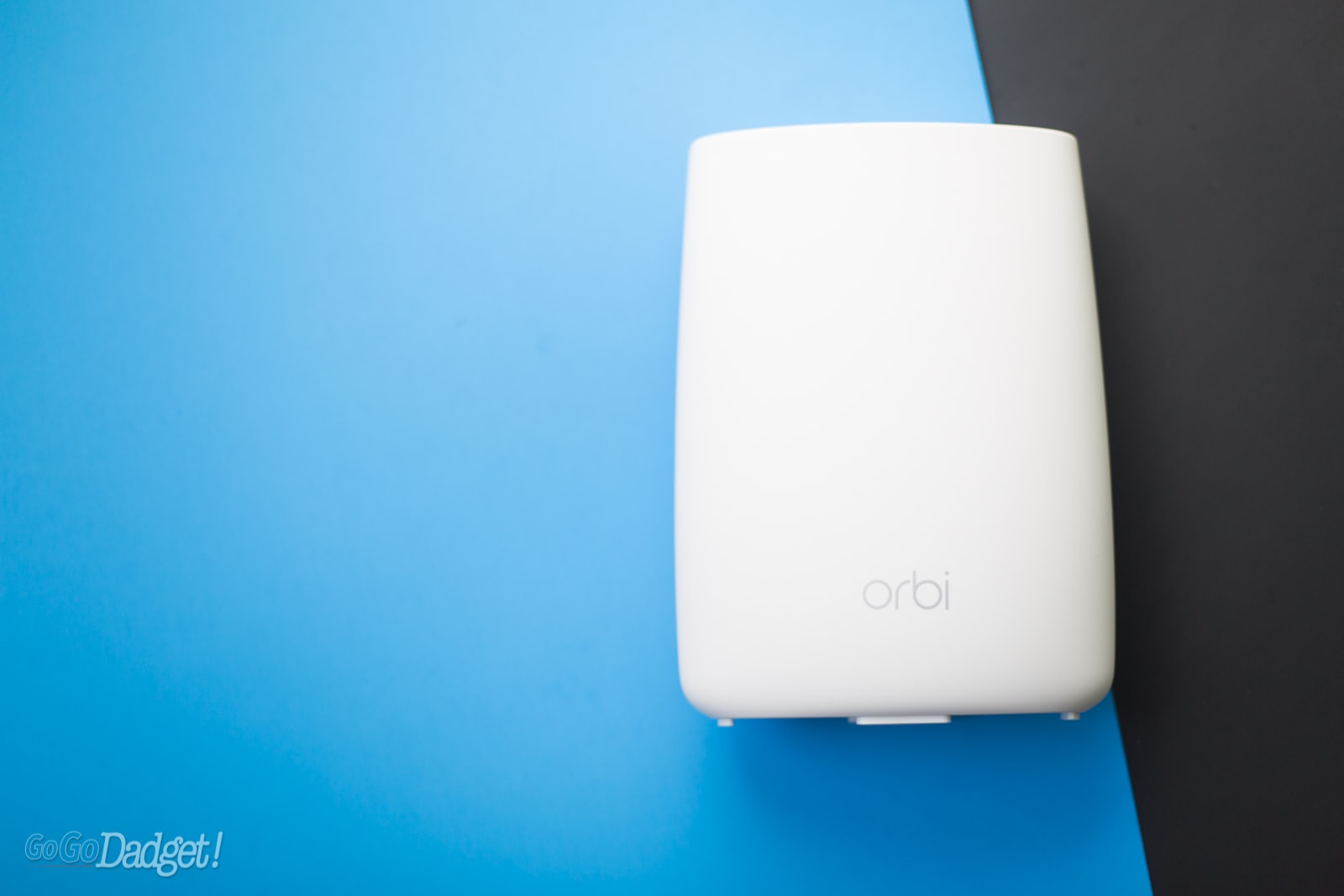 Someone once said that if you’re doing your job right, people shouldn’t notice at all. That should be the goal for routers. Unless I’m excited as hell for an increase in DL/UL speed from my provider, I do not worry about my WiFi unless there’s an issue.

I didn’t worry about the Orbi after obsessively checking it all over my house the first few days, and then the final few days to see if it was the same story.

Orbi didn’t solve my dead zone pockets, unfortunately. I have 100mbps download speeds, and in those pockets I mentioned before (bedroom corners, kitchen) I was barely pulling 10-15mbps. That’s fine, I guess, but I can’t stress how small my house is and I should be getting that 100mbps everywhere with just one router, let alone a mesh setup with two towers.

Still, I feel like my house is a weird exception to all this. It’s not that Orbi struggled with the problem, it’s that ALL routers do. If and when we remodel the house, putting the router in a less shielded area should fix the problem, and in that case using a mesh router to kick internet beams even out to the garage sounds like a dream. 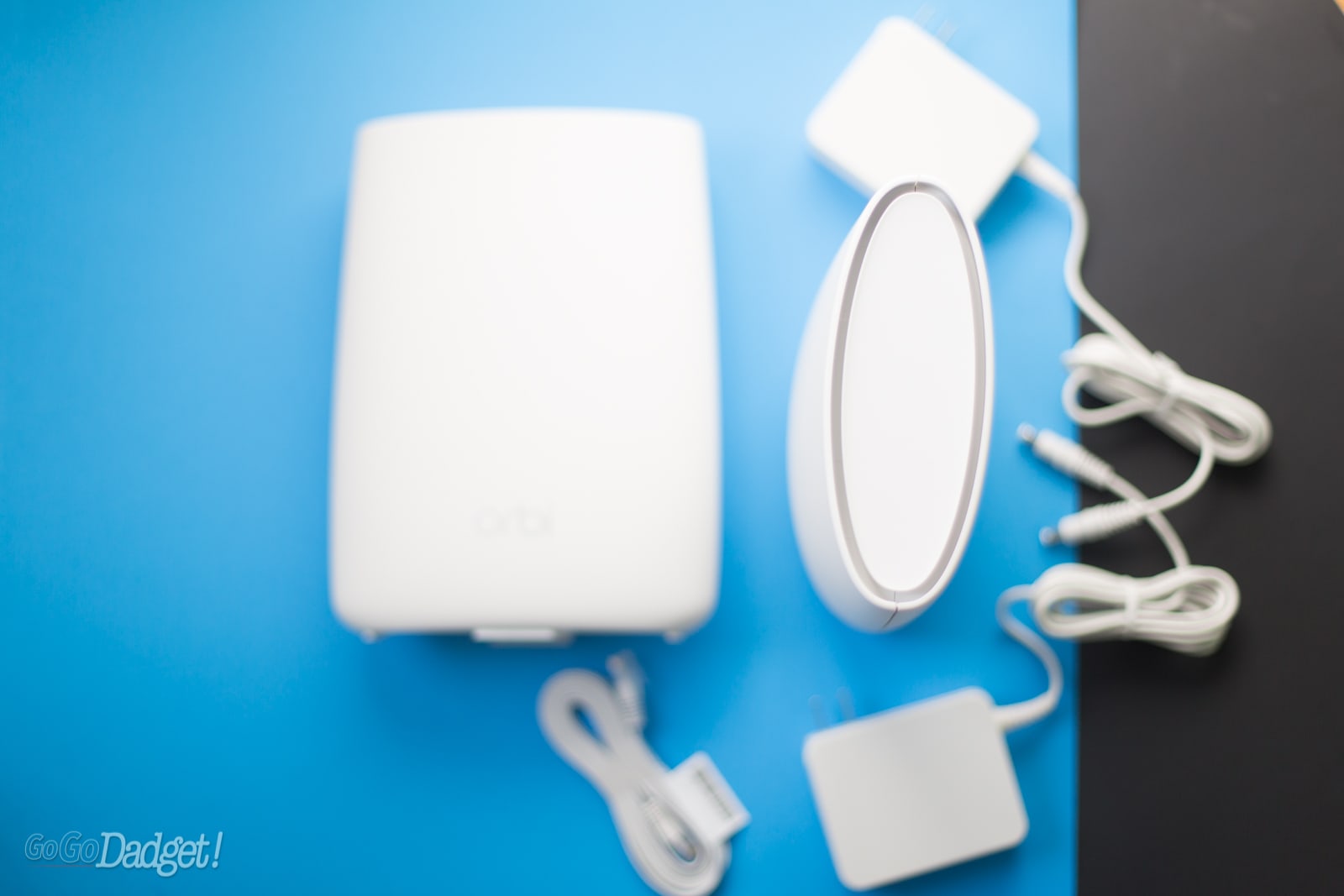 There are two things I’d like to see from future iterations of Orbi: a smaller physical footprint (shrink these bad boys) and an easier time with updates. Mesh routing is the future, and we’re not quite there yet — but the future is coming fast.

We have a lot of devices using the internet in our house. Phones, tablets, computers, gaming systems, TVs, set-top boxes, you name it. Orbi handled them all without issue, especially the closer the devices were.

If you’re not battling with a faraday cage of a router location, I definitely recommend the Orbi system, which you can currently get for $249.99 (at the time of publishing) to $349.00 on Amazon, depending on the amount of coverage you need.

[Should you get an iPhone X or 8 Plus? Check out our rundown]